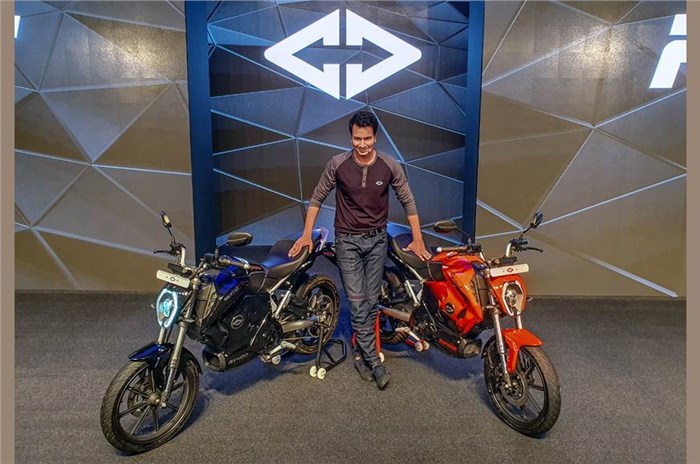 Unlike the My Revolt Plan, the amount paid with the Cash Down Plan does not include registration and insurance charges as well as the one-time cost of 4G connectivity for three years.

Revolt Motors has introduced a new, One Time Payment plan for those looking to buy the RV 300 and RV 400 top-spec electric motorcycles. Dubbed the 'Revolt Cash Down Plan', it allows customers to purchase the Revolt RV 300 for Rs 84,999 while the RV 400’s premium version can be bought at Rs 98,999. The base RV 400 is not available under this plan. The catch is that Revolt’s one-time payment plan does not include registration and insurance charges; neither does it include the mandatory one-time cost of the 4G SIM card and connectivity for three years.

Launched in the month of August, up until now, the Revolt RV 300 and RV 400 (base and premium) e-bikes were previously only available with a unique monthly payment plan called My Revolt Plan (MRP). The RV 400 premium, for example, is available at Rs 3,999/month for three years (Rs 1.43 lakh in all) while you could ride away with the RV 300 after agreeing to pay Rs 2,999/month for three years (Rs 1.07 lakh in all). The unique thing about the MRP scheme is that customers don’t have to pay any down payment and the EMI includes RTO charges, insurance, regular service and consumables such as brake pads and a one-time tyre replacement.

The Revolt RV 400 is the flagship model in the range and shares its platform with the Chinese Super Soco TC Max but Revolt has redesigned almost all the body panels on the bike. Hardware includes a bolt-on subframe, a USD fork, a monoshock and disc brakes. Since it lacks a transmission, Revolt has opted to mount the rear-brake lever on the handlebar (like on a scooter). The Revolt RV 400 has a top speed limited to 85kph and an ARAI-certified range of 156km. The company will also have ‘mobile swap stations’ that can be tracked via a phone application; these will allow for swapping your drained battery for a fully-charged one.

The first batch of Revolt RV 400s have been sold out; but bookings for the second batch of motorcycles will close soon, with deliveries to customers of this batch set to begin from November 2019.