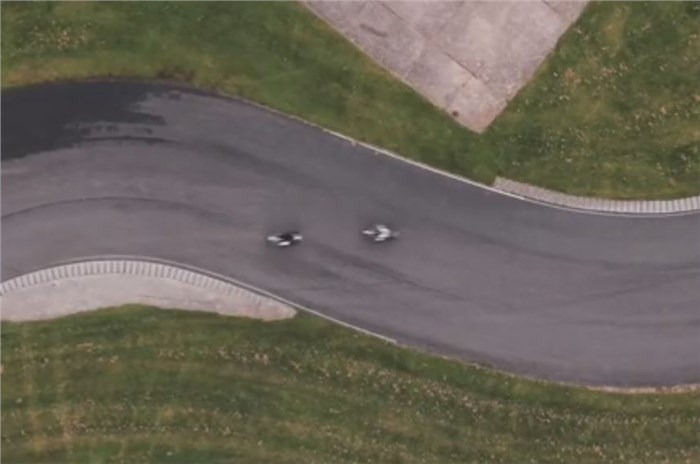 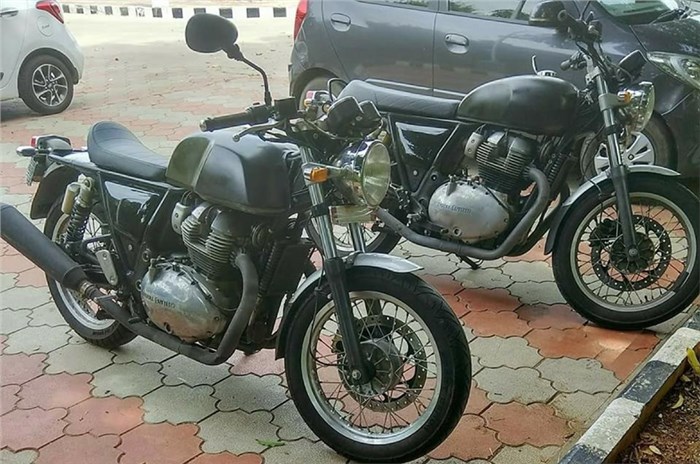 Royal Enfield’s CEO, Siddhartha Lal, has released a short teaser video of the company’s upcoming parallel-twin engine motorcycles. The video shows us little of the bikes but gives a good sample of what the motorcycles will sound like. Royal Enfield is all set to unveil these two bikes in a few days at the EICMA motorcycle show in Milan, Italy.

The parallel-twin motorcycle is long awaited and spy pictures have appeared more times on the internet than Royal Enfield would like. One of these is the image that came out in September this year. The shot revealed two distinct bikes – a café racer and what appears to be a ‘standard’ motorcycle built around the same chassis and the same parallel-twin engine.

Both motorcycles were spotted with differences similar to their smaller siblings, with the most prominent ones being the fuel tank and the seat. The café racer version of the upcoming motorcycle will have a longer, rectangular tank and a sculpted single seat. The standard version has styling similar to company’s Classic model and has a more rounded tank, albeit with knee recesses and a flat bench-like seat.

The motorcycles will also have different handlebars, with the café racer getting a clip-on one and the classic-themed bike using a regular handlebar. That aside, there seem to be no other mechanical changes to the two bikes. They appear to be powered by the same air-and-oil-cooled parallel-twin motor, and seem to run the same brakes and suspension as well. Royal Enfield has been quiet about revealing details about these bikes, but we’ve heard from sources close to the company that this new motor might not actually have a cubic capacity of 750cc as rumoured; more details on this will be revealed in a few days at the official reveal.

In the video, the engines produce a pleasingly deep rumble with a characteristic beat that should appeal to loyalists. Whether this is the sound from the stock exhaust or from an optional aftermarket unit from the vast Royal Enfield accessories bin is unclear.

Rumours also suggest that Royal Enfield will revive the Interceptor name for the new bikes. The name was last used for a 750cc parallel-twin motorcycle made from 1960 to 1970.