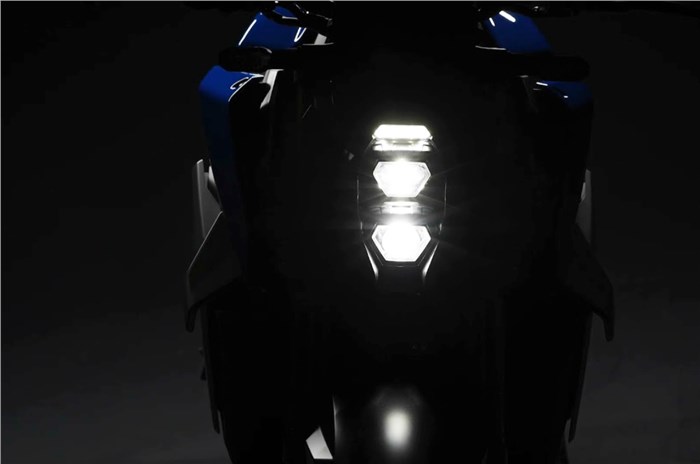 Suzuki has uploaded a new video on its official social media channels, giving us a glimpse of the new GSX-S1000. The new litre-class street naked motorcycle is expected to get a raft of features to bring it up to date with today's competition.

While the video doesn't reveal the new Suzuki GSX-S1000 in its entirety, we can make out a few interesting details about the motorcycle.

To begin with, the new Suzuki GSX-S1000 will feature fresh styling, evident in the new vertically stacked headlamp, a large fuel tank, and aerodynamic winglets that are slowly becoming the norm these days. We expect the tail section to feature a fresh design as well, and it'll be interesting to see what Suzuki will come up with when the bike is revealed on April 26, 2021.

Suzuki has been quite tight-lipped about the new GSX-S1000, however, expect the new motorcycle to feature significant updates over the outgoing model.

The motorcycle is expected to be powered by the same 999cc, inline-four engine that's present in the current model. Whether Suzuki has managed to squeeze more power and torque than the current engine's 145hp/106Nm output remains to be seen. The engine will be paired to a 6-speed gearbox and we expect to see an up/down quickshifter as well. Speaking of electronics, the new GSX-S1000 may also feature IMU-assisted traction control, cornering ABS and other modern-day electronic aids. These should be accessible via a new TFT display, again in keeping with the times.

The new GSX-S1000 is expected to cost more than the Rs 12.60 lakh (ex-showroom, Delhi) asking price of the previous model. It is expected to go on sale in India shortly after its launch in international markets.

2021 Suzuki Hayabusa to be launched soon in India