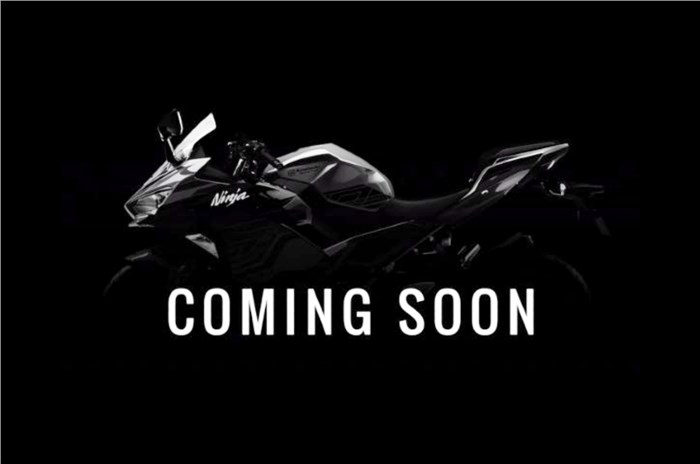 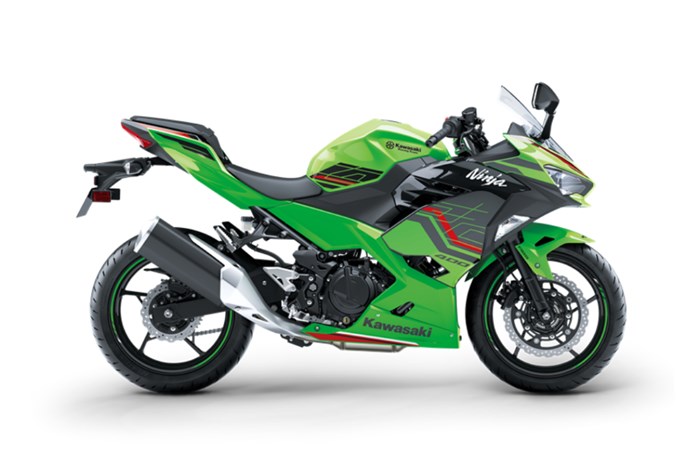 The new Kawasaki Racing Team livery on the updated Ninja 400.

Kawasaki becomes the latest two-wheeler manufacturer to tease an upcoming motorcycle on its social media platforms. The Japanese brand has released a video on Instagram confirming that the BS6-compliant Ninja 400 will soon be launched in India.

The Ninja 400 will return after a hiatus of more than two years, after it was discontinued ahead of the BS6 emission norms implementation. Kawasaki only recently unveiled the Euro-5 compliant Ninja 400 abroad, which is equivalent to our BS6 norms.

The Ninja 400 continues to be powered by a 45hp, 399cc, parallel-twin liquid-cooled engine as before but its torque is now down by 1Nm, at 37Nm. The updated supersport gets a 6-speed gearbox with a slipper clutch and Kawasaki says it now features a 20 percent lighter clutch lever action. The company has also given the Ninja 400 a new livery like that of the Kawasaki Racing Team, finished in Lime green and Ebony. Expect this new paint scheme to be on offer here as well.

Other than that, the updated Ninja 400 remains the same as before. We can’t help but feel that Kawasaki could have used this opportunity to update the bike further with a modern TFT display and more electronic rider aids.

The Ninja 400 is underpinned by the same trellis chassis as before and continues to use a telescopic fork up front and a preload adjustable monoshock at the rear. Braking duties are handled by a 310mm petal disc at the front and a 220mm disc at the rear.

The previous Ninja 400 cost Rs 4.69 lakh (ex-showroom, India), which was already too pricey. And given the minor updates it has now received, expect the BS6 Ninja 400 to cost even more.

What would be the ideal pricing for the BS6 Ninja 400? Let us know in the comments. 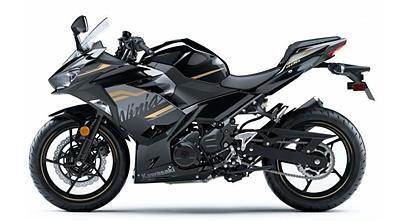