The new bike gets a Combi-Braking System (CBS) and shares powertrain with the Discover 110; costs just under Rs 2,000 more than the current bike. 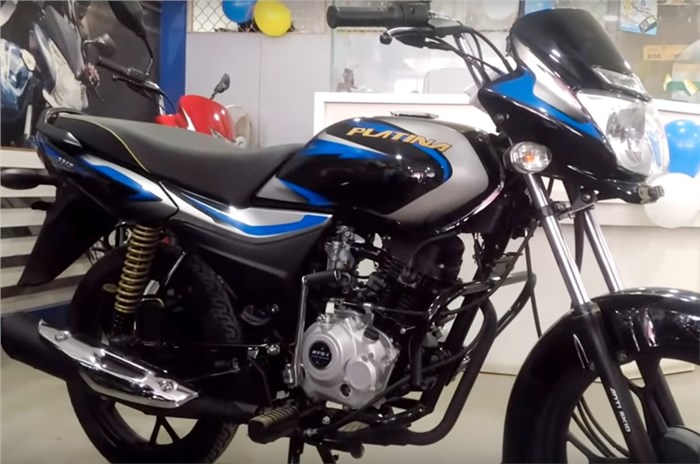 Bajaj has launched a new variant of its Platina, the Platina 110 with CBS. While the new bike is not yet listed on Bajaj’s website, the bike has already started reaching dealerships.

The Platina 110 is also equipped with the Combi-Braking System (which Bajaj calls Anti Skid Braking) which will become mandatory as per the new safety regulations that are set to come into effect from April 2019. The Platina 110 gets standard drum brakes at both ends, while a front disc is available as an option. The new variant will also feature Nitrox suspension at the rear.

On the design front, the new bike variant retains the current Platina’s styling, seeing as it was just recently updated. However, Bajaj will provide new decals inspired from the Discover line of bikes. The Platina 110 will be offered at a premium of under Rs 2,000 over the standard bike's price. This new bike will be sold alongside the existing Platina as a more premium option.