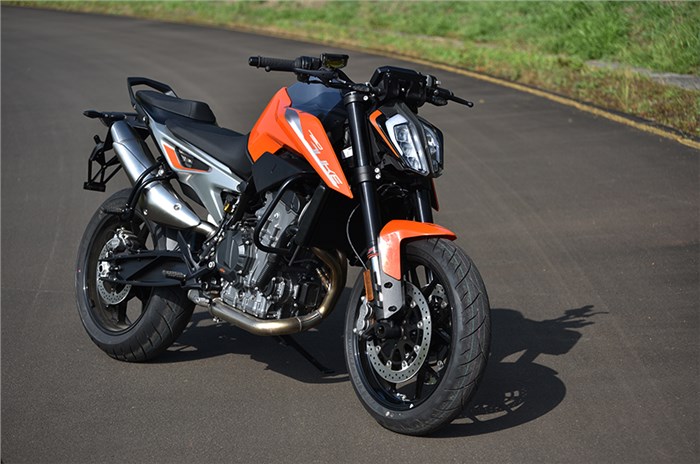 The KTM 790 Duke was launched in India in September 2019 at Rs 8.64 lakh. Upon launch, this price was much higher than KTM fans were hoping for but the company didn’t have much of an option since the bike was brought down to India as a CKD unit with very low levels of localisation. KTM originally imported 100 units and the dealerships are now offering a huge discount to clear the final stock of BS4-spec units before the April 1 deadline when the new BS6 norms kick in.

It isn’t clear how many units are available, but the number is likely to be quite low. Now at Rs 5.99 lakh (ex-showroom), the 790 Duke offers incredible value and this is more in line with the price that many enthusiasts dreamed the bike would originally be offered at. To give you an idea of just how incredible this price is – Kawasaki recently announced that the upcoming BS6-compliant Ninja 650 will carry an ex-showroom price of Rs 6.45-6.75 lakh. A price sheet currently circulating on WhatsApp shows a break-up of the discounted 790 Duke from the Mapusa (Goa) showroom. This suggests that the on-road price of the 790 Duke will now be just Rs 7.5 lakh.

The 790 Duke is powered by a 799cc, parallel-twin engine that makes 105hp and 86Nm of torque. The bike is equipped with a 43mm, non-adjustable USD fork and a pre-load monoshock, both sourced from WP. Other features on offer include a full-TFT display and the most comprehensive electronic safety package in the segment, which includes Bosch Cornering ABS with a Supermoto mode, lean-angle-dependant traction control, launch control, a bi-directional quickshifter and four riding modes (including a customisable Track mode).

With a dry weight of 187kg, the sport-naked motorcycle is one of the lightest bikes in its class, second only to the Triumph Street Triple S.