The 390 Adventure, showcased at IBW 2019, uses the same engine as the Duke but gets traction control, increased suspension travel and more ground clearance among other additional features. 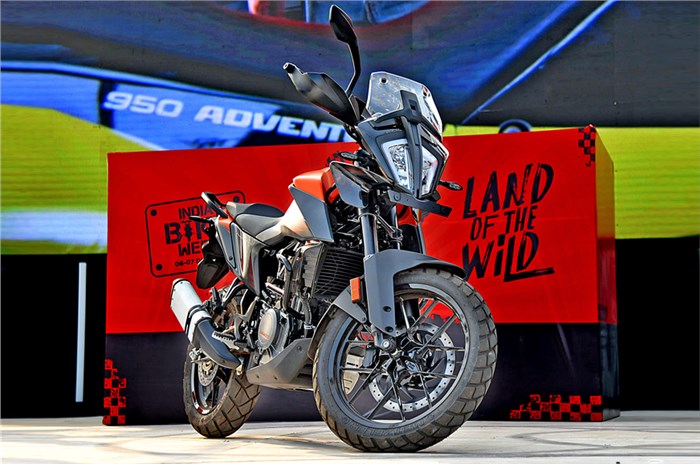 KTM has just showcased the highly anticipated 390 Adventure in India. The specifications of the bike were revealed last month; but in case you missed it, here's what's on offer.

The 390 Adventure is essentially an off-road oriented version of the 390 Duke and uses the same 373.2cc single-cylinder engine. Performance figures are identical as well, with 44hp produced at 9,000rpm and 37Nm of torque coming in at 7,000rpm. That said, like the rest of the 2020 KTM India line-up, the 390 Adventure's engine is now BS6-compliant and it's nice to know that the update hasn't come with a reduction in output figures.

Despite its now more off-road oriented nature, KTM has not made any changes to the motorcycle's sprocketing and the final drive ratio is the same as that on its street-naked counterpart. However, the manufacturer has equipped the 390 ADV with switchable traction control and it gets a bi-directional quickshifter as standard.

The 390 Adventure gets Metzeler Tourance tyres with a 100/90-19 tyre at the front and a 130/80-17 tyre at the rear - a configuration that should be quite capable off the road. Suspension duties are carried out by a 43mm USD fork but unlike the interntaional bike that offers compression and rebound adjustability, this one is a non-adjustable unit. The rear monoshock, meanwhile, can be adjusted for pre-load and rebound. This setup also offers more travel when compared to the 390 Duke – 170mm/177mm (front/rear) compared to the 142mm/150mm available on the naked 390.

KTM was expected to launch the 390 Adventure at the event, but that has now been postponed and the wait for price continues until January 2020. 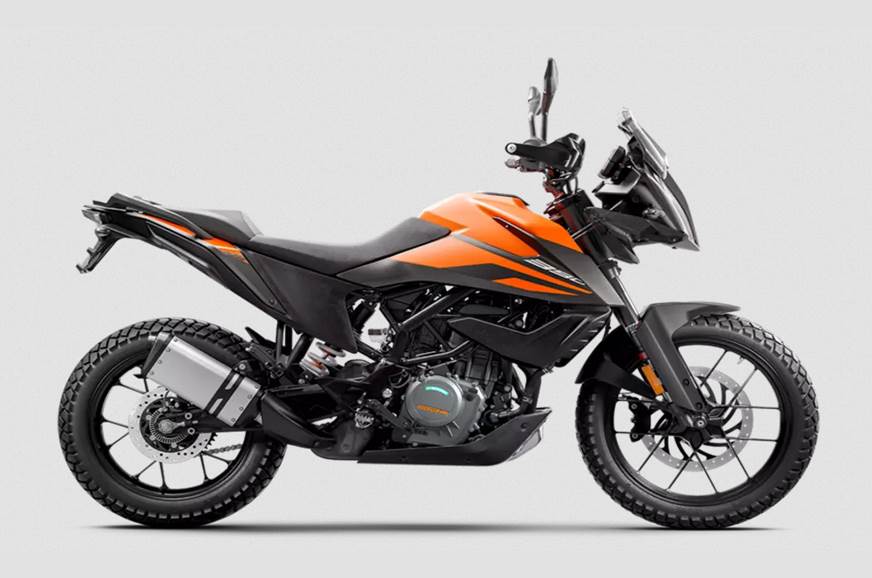 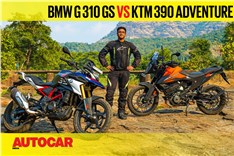 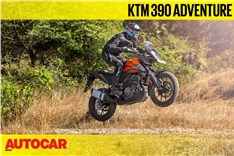 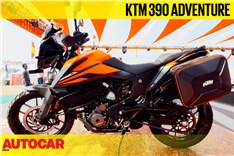