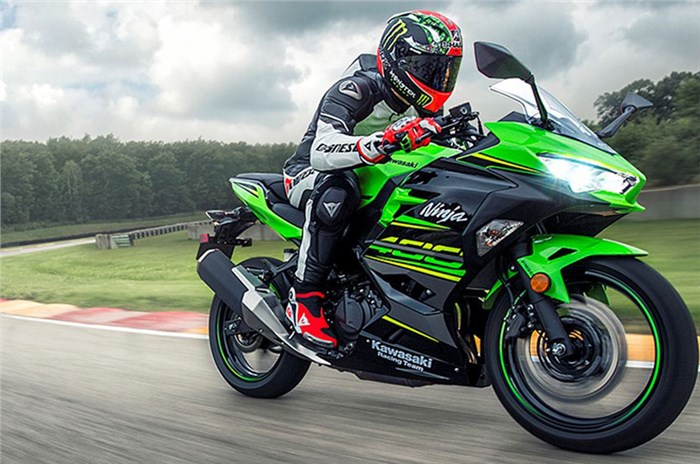 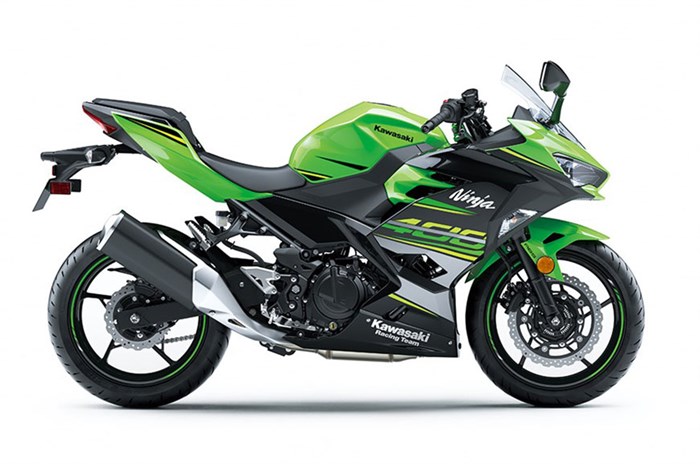 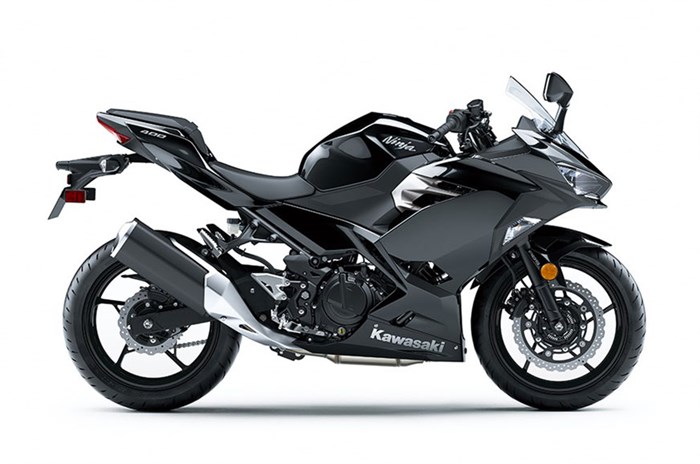 Kawasaki has unveiled its new Ninja 400 at Japan’s Tokyo motor show. The Ninja 400 will replace the Ninja 300 in international markets and will be the company’s entry-level Ninja offering. The new motorcycle is more powerful, lighter and Euro-IV compliant.

The 400 in the name indicates the motorcycle’s all-new 399cc parallel-twin engine that makes a claimed 45hp and 38Nm. The older Ninja 300 only made 39hp and 27Nm. Kawasaki says it offers better performance throughout the range, with improved low-down torque, while retaining a rider-friendly character.

The Ninja 400 has got a new steel trellis frame that uses the engine as a stressed member and helps deliver a 6kg weight saving over the Ninja 300, putting the Ninja 400 at 168kg. Also clutch pull is lighter thanks to the addition of the assist and slipper clutch. The Ninja also has thicker forks this time around, up 41mm from 37mm. The motorcycle also comes with a larger 310mm disc up front with Nissin ABS.

Kawasaki says the ‘large-volume bodywork’ offers great wind protection. Also part of the bodywork are the Ninja H2 inspired ‘chin-spoilers’ below the twin LED headlamps. Another bit from a bigger sibling is the instrument cluster, which is directly borrowed from the Ninja 650.

At present, there are no details on the price or a launch date. Moreover, there is no clarity at the moment on whether Kawasaki will bring the Ninja 400 to India as the Ninja 300 was recently introduced in BS-IV trim. We believe the Ninja 400 could make it to India next year as a replacement to the current 300, especially as this bike offers ABS, which will be mandatory soon. If the 400 does make it here, expect it to be priced higher than the Ninja 300’s price of Rs 3.6 lakh (ex-showroom, Delhi).