The Honda U-Go is a lightweight urban roundabout sold in international markets. 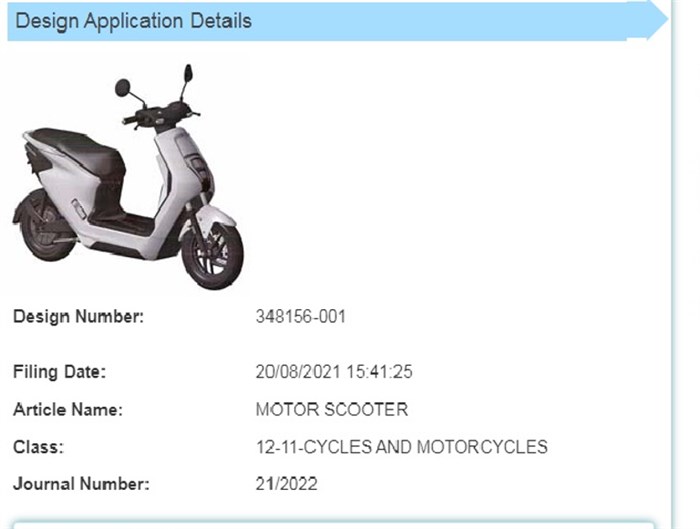 Positioned as an affordable urban runabout in international markets, the U-Go has a neat and simple design. The front apron is largely flat, with an integrated LED headlight.  The turn indicators are placed on the black plastic shroud over the handlebar.

Moving to the side panels, they are neatly integrated, with cutouts to stow the pillion foot-rest for a flush look. The tail section is pretty neat as well, with the blacked out portion around the lights being a nice touch.

Speaking of features, the scooter comes complete with an LCD display, USB charging port and a 26-litre boot.

While Honda has registered the design patent of the U-Go in India, it is too early to say that the company will launch the electric scooter. In fact, the company had also patented the PCX electric scooter in India in 2021. Whether Honda launches either of the scooters as is or adapts them to suit our conditions by fitting different motors or batteries remains to be seen.