LiveWire has said that the bike, named Del Mar, would be based on the ARROW modular platform. 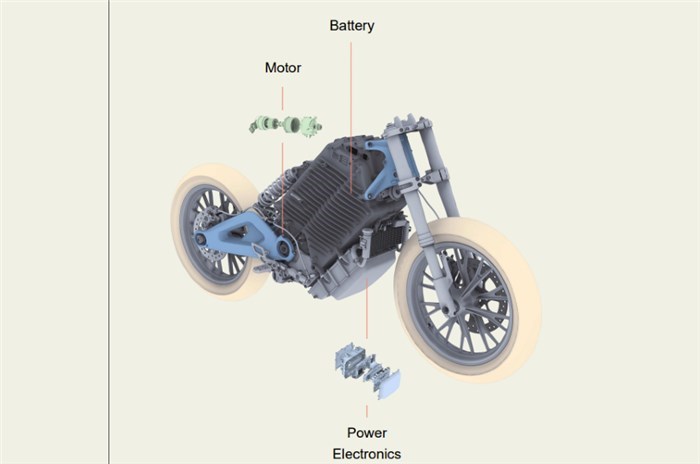 Harley-Davidson and LiveWire CEO Jochen Zeitz has confirmed that the second electric motorcycle from the LiveWire brand will arrive in Q2 this year.

The new model will be called the Del Mar, and will be the first offering to use the ARROW modular platform, which enables the company to easily create multiple machines of varying performance levels.

The Del Mar, codenamed the S2 and based on the ARROW platform, is tuned to middleweight bike levels of performance, placing it below the LiveWire One. The modularity of the ARROW platform is based around a central battery pack, which also serves as a monocoque chassis, and has been developed in-house by the LiveWire team.

The platform can support voltage systems from 50V to over 400V, with multiple battery capacity and motor output options and cooling solutions. The modular and scalable nature of this platform aims to keep developmental costs for future LiveWires in check.

The Del Mar will get a motor with a direct-drive design (likely mounted at the rear hub). The battery pack uses 21,700 cylindrical cells, which is a relatively new lithium-ion cell size format adopted by companies such as Tesla, Samsung and LG. This format is said to be more reliable, safer and have a higher energy density when compared to the 18,650 format.

The platform incorporates a DC-DC charger, converter and inverter, with shared components such as cooling circuits, wiring harnesses and chips to cut down on excess weight and the number of microprocessors required.

The new motorcycle will also be capable of receiving OTA updates to refine the bike’s software, without bringing it into the shop physically.

We do not know much about what the Del Mar will look like, but a California horse track bearing the same name was well known for hosting Flat Track events. Harley also says it is targeting a light and nimble electric motorcycle with this S2 architecture, so a slender, flat track-inspired design could be on the cards.

The next step after the launch of the Del Mar would be the launch of a model based on the S3 codenamed architecture, which will be for smaller capacity motorcycles. It is here that the recently signed partnership with Kymco comes into play. Kymco’s prowess would be heavily relied upon for the manufacturing and delivery of motorcycles based on this architecture.

Harley-Davidson is also taking the LiveWire brand public, through a merger with a special purpose acquisition company called AEA-Bridges Impact Corp (ABIC). The merger should be completed in May and we should hear more about the Del Mar’s launch around the same time.

Are you excited to see motorcycles based on the ARROW platform? Let us know in the comments below.