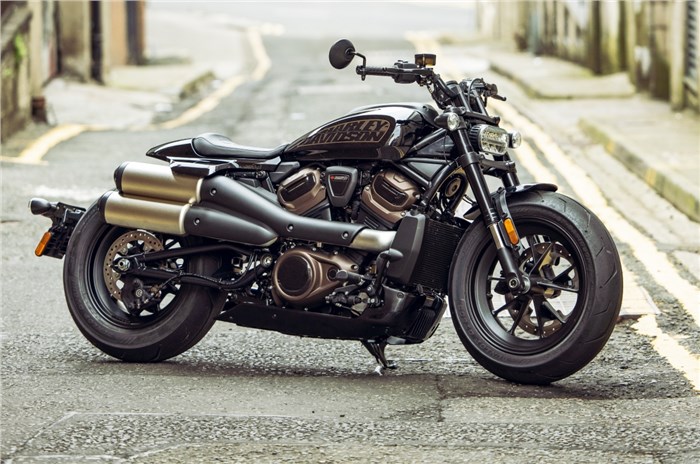 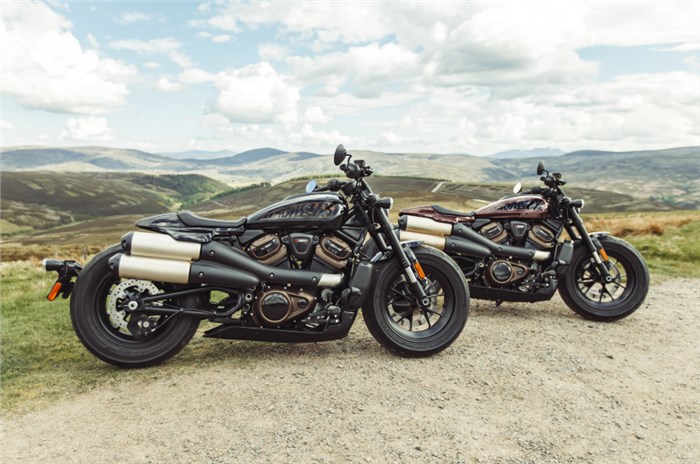 The 2021 Harley-Davidson Sportster S has been revealed and it comes equipped with the Revolution Max engine.

The highlight of the new Sportster is undoubtedly its powertrain. It uses Harley’s Revolution Max engine that first made its debut on the Pan America 1250. While it makes around 30hp less in this application, at 121hp, it’s still a lot more than other Harley models of similar engine capacities.

While the engine can rev up to 9,500rpm, it’s been tuned to make increased torque at low and midrange RPMs. Harley says it provides up to 10 percent more torque from 3,000rpm to 6,000rpm than its adventure bike; the peak torque figure stands at 114Nm. The 1,250cc unit also features modern technology like liquid-cooling, DOHC (Dual Overhead Camshafts) and VVT (Variable Valve Timing).

This Harley also comes equipped with a 6-speed gearbox and a slipper clutch. The Sportster S model features a round 4.0-inch-diameter TFT screen that displays instrumentation and infotainment functions. This display will pair to smartphones via Bluetooth to enable functions such as navigation and more.

That’s not all, the Sportster S also uses a six-axis inertial measurement unit, or IMU, that works with the traction control system to keep grip levels in check. The bike also has Cornering Enhanced Antilock Braking System (C-ABS) which is a variant of ABS that takes into consideration the lean angle of the motorcycle. The Sportster S also features four ride modes – Road, Sport, Rain and Custom. Other features include all-LED lighting, cruise control and a tyre pressure monitoring system.

The engine is a stressed member of the chassis, eliminating the traditional frame. Harley says this has helped reduce the weight and has also improved handling, thanks to a stiffer chassis. Suspension is handled by a fully-adjustable USD fork and monoshock. As for brakes, the Sportster S uses a 320mm disc and a four-piston, radial monoblock Brembo caliper up front, along with a two-piston Brembo caliper and a 260mm disc at the rear.

The Sportster S will reach Harley-Davidson dealers in the United States in September this year, with a starting price of $14,999 (Rs 11.19 lakh). There’s no word from Harley yet on its India availability, but we can expect to see it here a few months later. It is available in three colours – Vivid Black, Stone Washed White Pearl and Midnight Crimson.