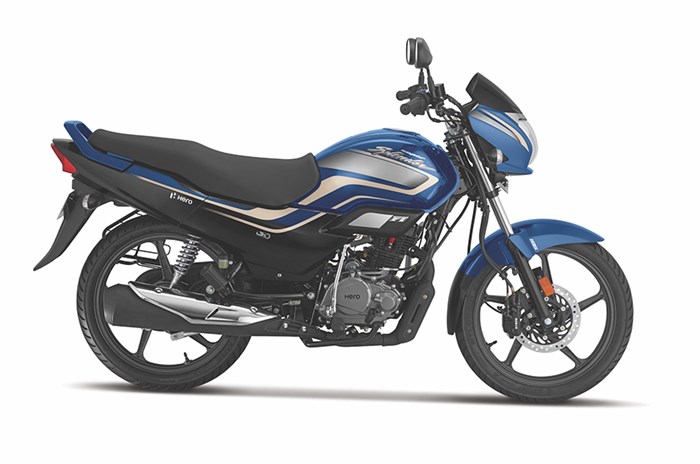 Hero also tells us that the engine now sits within an all-new chassis and that the bike also offers increased suspension travel – 15mm more at the front and 7.5mm more at the rear. The seat is longer by 45mm and ground clearance is also up by 30mm, taking it to an impressive 180mm.

Braking hardware consists of a 240mm front disc and a 130mm rear drum brake, and the bike comes equipped with CBS. The BS6 Super Splendor is available in a new Metallic Nexus Blue colour, in addition to the Glaze Black, Heavy Grey, and Candy Blazing Red schemes that were already on sale.