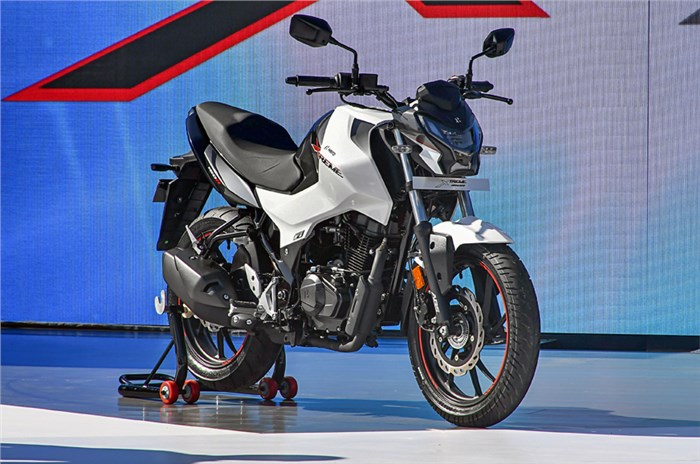 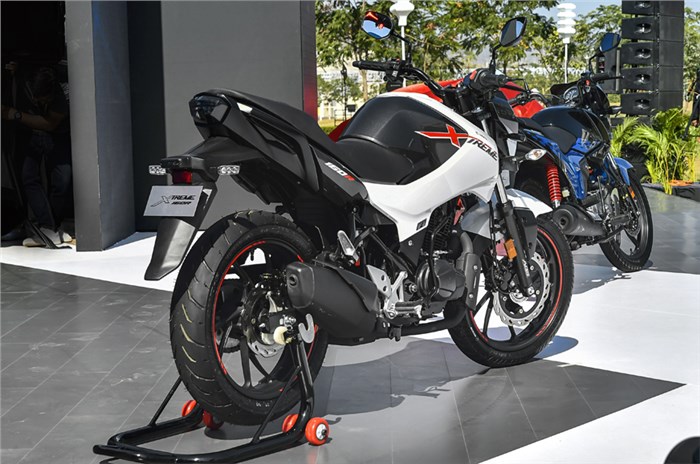 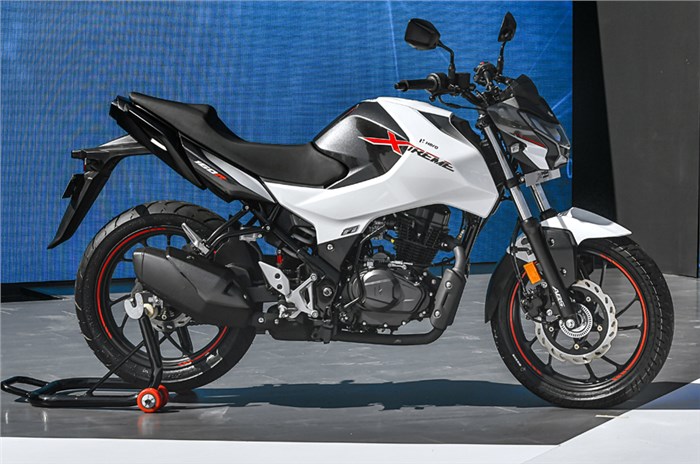 Hero MotoCorp has taken the wraps of a new entry-level addition to the Xtreme range. The new Hero Xtreme 160R joins the 200R and 200S, but this one gets a more sporty and aggressive styling that's inspired by the Xtreme 1R concept showcased at EICMA 2019. The sport naked will rival the likes of the Bajaj NS160, Suzuki Gixxer and TVS Apache RTR 160 4V when it goes on sale in March.

As its name implies, the Xtreme 160R is powered by a BS6-compliant 160cc, single-cylinder, air-cooled engine that produces 15hp at 8,000rpm and 14Nm of peak torque at 6,500rpm. It comes paired with a 5-speed gearbox that’s operated through a multi-plate wet clutch. Weighing in at 138.5kg, thanks in part to lightweight alloy wheels, the Xtreme 160R has a power-to-weight ratio of about 109hp/tonne, which helps it make the 0-60kph sprint in a claimed 4.7sec. This is likely to be the best power-to-weight ratio in the segment, especially since many BS6 updated bikes from the competition appear to be losing power.

When it arrives in Hero showrooms, the Xtreme 160R will be available in two variants – front disc and front and rear disc, both with single-channel ABS – and three colour options, White with Grey, Blue with Grey and Sports Red with Grey. In terms of features, the 160cc naked bike will come with an LED headlight, H-shaped tail-light and turn indicators, along with an inverted LCD digital display for the instrument cluster. The bike also comes with a side-stand-down engine cut-off function.

The Hero Xtreme 160R is equipped with 37mm telescopic front forks and a seven-step rear monoshock for suspension duties. Its rear tyre is a 130/70-17 unit. The dual disc variant comes with a 276mm front disc and a 220mm rear disc. Ground clearance is pegged at 170mm.