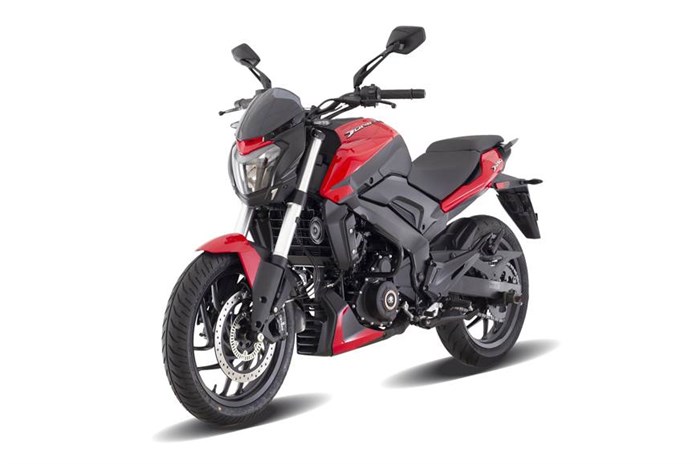 The new Dominar 250 is the newest entrant in the 250cc space. Here are some of essential things you should keep in mind about the touring-focused motorcycle

Bajaj Auto has just launched the Dominar 250, at Rs 1.60 lakh, ex-showroom. At this price, the Dominar 250 costs Rs 30,000 less than the Dominar 400, making the Dominar experience accessible to a wider audience. Here are a few things you should know about the new Bajaj Dominar 250.

Looks similar to the Dominar 400

The Dominar 250 shares the same body panels as seen on its elder sibling – and that’s not a bad thing at all. The Dominar’s design is pretty unique and that works in its favour. Some of the bits that stand out include the honeycomb LED headlamp, the large fuel tank and minimal tail section. The Dominar 250 is only available in either Canyon Red and Vine Black paint work; though we wish the Dominar 400’s Aurora Green was also available on this smaller bike.

Engine shared with the KTM 250 Duke

The Dominar 250 uses the same 248.8cc, liquid -cooled, single cylinder engine you see on the KTM 250 Duke. The BS6-compliant engine, however, seems to have been retuned, keeping with the applications of the Dominar 250. On the KTM it's tuned to squeeze the most performance; but the Dominar caters to a crowd that is looking for a powerful, yet calm cruiser. This explains the Dominar’s lower power (27hp at 8,500rpm) and torque (23.5Nm at 6,500rpm) figures. The bike tips the scales at 180kg and it’ll be interesting to see how it performs in the real world.

Though the Dominar 250 sits lower in the pecking order, it doesn’t lose out on important safety bits like dual-channel ABS. A single-channel setup would have been slightly more cost effective, but there’s no denying the efficiency of a dual-channel setup.

The Bajaj Dominar 250 is available at Bajaj dealerships across the country. As we had reported earlier, the on-road cost of the bike in Pune is Rs 1.89 lakh.

The Bajaj Dominar 250 presents itself as a unique option in the 250cc space. In a market segment dominated either by nakeds or fully faired sport bikes, the Dominar 250, with its touring-focused design, stands out. When it comes to engine power and torque figures, it goes up against the Suzuki Gixxer 250 and Suzuki Gixxer SF250.