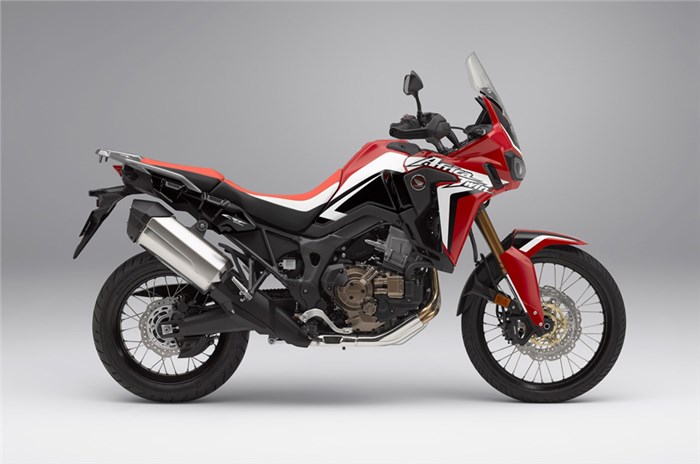 Honda has launched the 2018 Africa Twin at Rs 13.23 lakh (ex-showroom, Delhi). Bookings for the bike have begun and only 50 units are available for India. Honda says that a few customers will win a chance to go watch a MotoGP race. The bike is offered only in the GP Red colour scheme and is available across 22 Wing World outlets.

The 2018 model is priced Rs 33,000 more than the 2017 variant, which cost Rs 12.90 lakh (ex-showroom, Delhi). The updated Africa Twin features a Throttle-By-Wire (TBW) system and an expanded Honda Selectable Torque Control (HSTC) system; the previous bike had three levels of HSTC and an option to turn it off. The new system features seven levels – where Level 1 is for aggressive off-road riding and Level 7 is for more control on slippery, wet tarmac. It is still possible to turn HSTC off, and there are also three levels of power and engine braking available. The engine is updated with a new air box and exhaust internals for improved midrange response and sound quality.

Other mechanical changes include lightened balancer-shaft weights and the water pump now being housed within the clutch casing, with a thermostat integrated into the cylinder head. For 2018, the Africa Twin gets a lighter lithium-ion battery and auto-cancelling turn indicators as well. Meanwhile, making the motorcycle more user-friendly for riding while standing up are the redesigned foot pegs and the shallower-angled instruments that allow the rider to view them more clearly.

The Africa Twin is powered by a 998cc, liquid-cooled, parallel-twin engine making 89hp and 93.1Nm of torque. While it is available with two transmission options globally – a six-speed manual and a six-speed DCT – India only gets the latter.