Suzuki is the only 2-wheeler manufacturer that hasn’t witnessed a decrease in sales over the past financial year. Meanwhile, overall sales drop by a significant 17.7 percent. 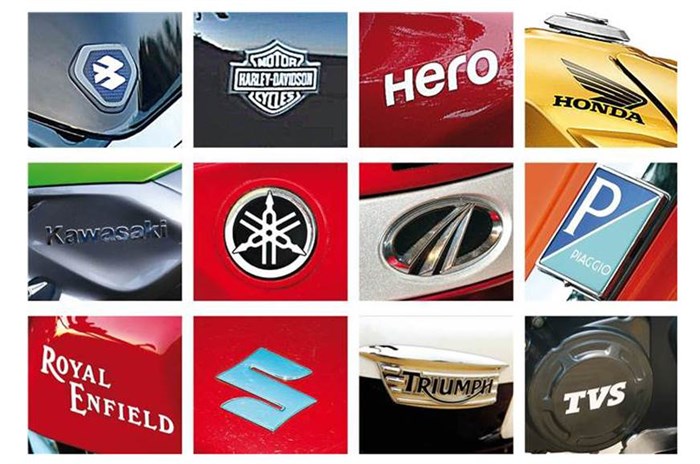 The Indian automotive industry was in a slowdown well before the COVID-19 pandemic began wreaking havoc. Thus, the only significant effect of the pandemic on the overall annual sales figures here is in the month of March, where sales did drop even lower. While the two-wheeler sector saw a huge 39.83 percent drop in sales for March 2020 alone, the overall FY2020 sales figures are 17.7 percent lower than FY2019. As per figures released by industry body Society of Indian Automobile Manufacturers (SIAM), cumulative two-wheeler sales in FY2020 stood at 17.41 million units – the lowest in four years.

Here’s a rundown on how each manufacturer has been affected:

Bajaj has been hit quite hard with a sales decrease of 18.22 percent in FY2020, despite this the Indian brand still remains among the country’s top sellers with a total of 20,78,348 units. Bajaj has also recently updated its website and now has its entire BS6-compliant range online.

Performance bike brands haven’t fared too well. American motorcycle company Harley-Davidson has witnessed a drop of 7.70 percent in sales; a total of 2,470 units were sold in FY2020. The sales for the month of March 2020 went down by a massive 83.90 percent. Harley’s poor sales stem from deeper internal issues like a lack of modern and exciting products in its line-up. That is set to change this year, as indicated by the launch of two completely new styles of motorcycles for the otherwise tradition-driven brand – the ADV-style Pan America and a streetfighter named the Bronx. The company's latest product offering in India is the Low Rider S, which you can read more about here.

India’s most popular two-wheeler brand, Hero, has also suffered a 18.14 percent decrease in sales in FY2020. However, the homegrown brand still leads this chart, with 62,31,458 units in sales.

Following Hero on the sales chart in India is Honda, with 47,06,589 units in FY2020. However, this is still a decrease of 14.75 percent compared to FY2019. The Japanese brand has been revealing its updated BS6 product line over the last few months, while also taking a few discontinued models like the CBR250R and the Cliq off its website. Honda is the only two-wheeler company to have posted positive numbers in March 2020, with an increase of 10.52 percent.

Despite being one of the most popular performance bike brands in India, Kawasaki has seen its sales fall by 15.63 percent – 2,628 units in FY2020. It’s worth noting that Kawasaki’s numbers were mostly bolstered by the affordable Ninja 300; a bike that is no longer available, and there isn’t much clarity on Kawasaki’s plans to introduce a BS6-compliant model. Kawasaki's latest launch in India was a limited-stock 2020 Kawasaki Z900 in BS4-spec for 7.99 lakh (ex-showroom, Delhi).

Yamaha, meanwhile, has taken a much bigger hit than the industry average, and the company managed to move 5,79,227 units in the last fiscal, which is a decrease of 28.02 percent. Yamaha recently announced that it is shifting its focus to the 125cc scooter space; and the manufacturer revealed two brand-new products for this segment – the Fascino 125 and the Ray ZR 125.

With a decrease of 72.31 percent, Mahindra has seen the biggest drop in sales. However, all of it is not due to the pandemic, as the company has currently been focusing on its Jawa sub-brand in our market. In FY2020, Mahindra managed to sell just 1,038 units. Classic Legends, a Mahindra subsidiary tasked with production of Jawas, has shared neither production nor sales data with SIAM for around a year now. So there is no clarity on how many units the company has produced or sold.

Piaggio, the parent company of Vespa and Aprilia scooters in India, sold 62,638 units here in FY2020. This is 19.46 percent lower than before, but the company hopes to regain its numbers once it launches its upcoming SXR maxi-scooter.

Royal Enfield has also taken an 18.46 percent hit in the last financial year. Its sales numbers were at 6,56,651 in FY2020, which is still a big number when you consider that their most affordable offering, the BS6-compliant Bullet 350, is priced at Rs 1.21 lakh. In March 2020 alone, Royal Enfield’s numbers declined by 44.16 percent.

The only manufacturer on this list to have not dipped in the red in FY2020 is Suzuki. The Japanese brand managed to increase its year-on-year sales by 2.46 percent, a total of 6,85,223 units. The largest contributor for the brand is the Suzuki Access 125, that leads the 125cc scooter sales chart. While the annual numbers are positive, the month of March wasn’t as good for Suzuki and the manufacturer saw sales go down by 42.19 percent.

Another popular performance bike brand in India, Triumph too saw a huge drop in sales, to the tune of 39.57 percent, YoY. In FY2020, the company managed to sell just 591 units, but the brand will have fresh and exciting BS6 models ready for our market in the year ahead, including the updated Street Triple range and the new Tiger 900s. A little further down the road, Triumph’s fortunes are set to rise once the more affordable models being made in partnership with Bajaj are ready.

The Hosur-based motorcycle brand saw a decline of 23.11 percent in its FY2020 sales numbers. This is one of the biggest drops seen among the mainstream manufacturers, and the company managed to sell 24,10,755 units over the fiscal. Like Bajaj, TVS has also been updating its website with its BS6-compliant models – the Radeon being the most recent. In March, TVS witnessed a 62.01 percent decline compared to Hero’s 42.76 percent drop.