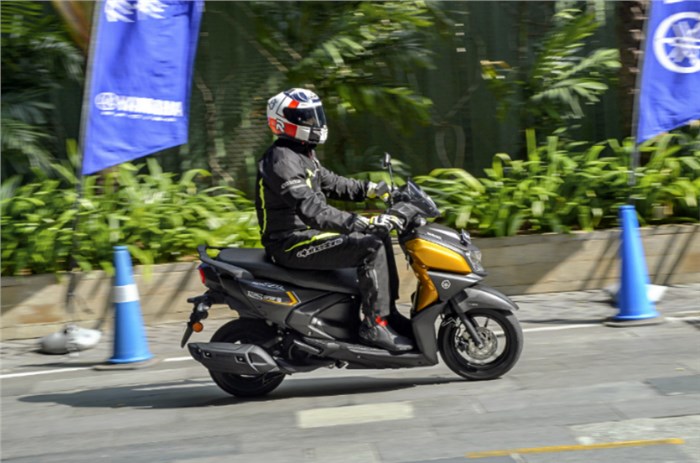 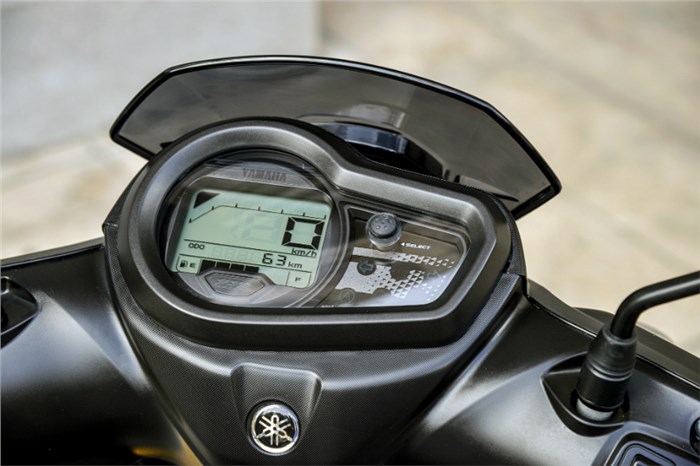 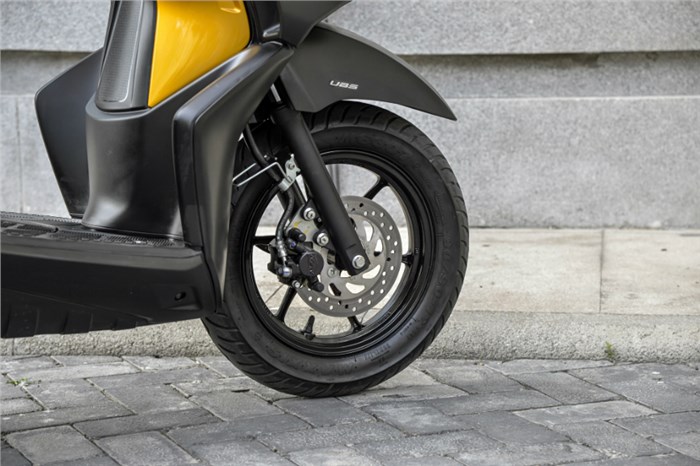 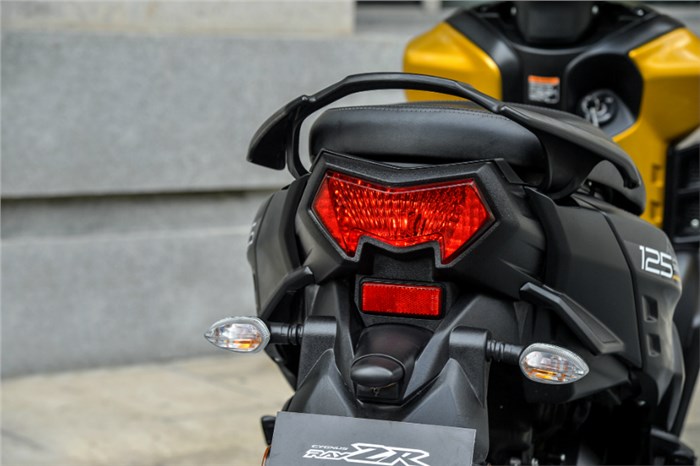 Yamaha unveiled the new Cygnus Ray ZR 125 Fi, along with the new Fascino 125 Fi. Together, they lead the charge of Yamaha’s onslaught at its 125cc competition. Besides spending a short time experiencing the Fascino we also got 15min astride the Ray ZR, and the following is what the scooter is all about. But before we go ahead, we want to clear the fact that this was just a short, experiential ride inside a hotel compound, on paver blocks. These may not be ideal conditions but it was enough to get a sense of the scooters’ abilities.

The entire scooter is new! The Ray ZR 125 shares the same platform as the just-launched Fascino 125 Fi and this means a new frame, motor and other components. Underneath the skin, the Ray ZR is identical to the Fascino, but what differentiates it is its youth oriented styling.

The Yamaha Ray ZR’s design stands in complete contrast to the smooth lines on the Fascino. The styling is radically different to the Fascino's smooth lines and it's this design edginess that makes it quite striking to look at. The apron, for instance, is divided into matte plastic and gloss paint panels in a lovely interplay of contrasting elements. That said, it may seem a tad busy to some eyes. On the other hand, the little windscreen on the handlebar, with an integrated LED position lamp, looks neat and goes with the rest of the front end's design. 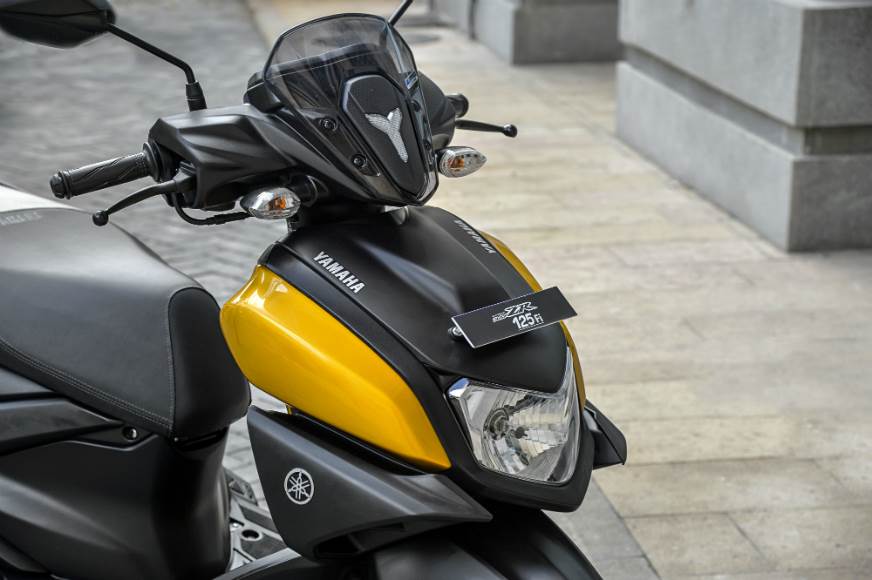 The Yamaha Ray ZR 125 has the same boot volume as the Fascino's; however, it too doesn't get a USB charging port. That's surprising, considering this scooter is aimed squarely at the youth, a demographic that needs to stay connected 24x7.

Step to the side and you'll notice that the body panels also look like a mash-up of various plastic shapes, with hexagonal patterns on certain areas. On the whole, the Ray ZR 125 certainly looks youthful and unlike other Yamahas. If you don't find it appealing, Yamaha also introduced the Street Rally variant of the Ray ZR. It is, essentially, the ZR with some adventure-ready bits such as hand guards and block pattern tyres. It also gets rim stripes and a red-coloured rear shock, which should appeal to people who like bold colours.

The ZR's instrument cluster is a fully digital unit that's also quite easy to read. However, we would have liked to see the option of Bluetooth connectivity, given the trend these days. Also, the base ZR, with drum brakes gets an analogue display, clearly making the jump up to the disc brake model feel like a significant one.

The 12-inch front and 10-inch rear wheel are identical on both, the Fascino and Ray ZR, and can be opted for with a disc or drum brake at the front.

Hopping on to the new platform has resulted in a much larger scooter than the sub-125cc Ray ZR. The seat is wider and flatter and even the floor board space is generous enough for a size 10-11 feet. We found the riding position to be quite relaxed but as is the case with the Fascino, the floorboard is a tad on the higher side. 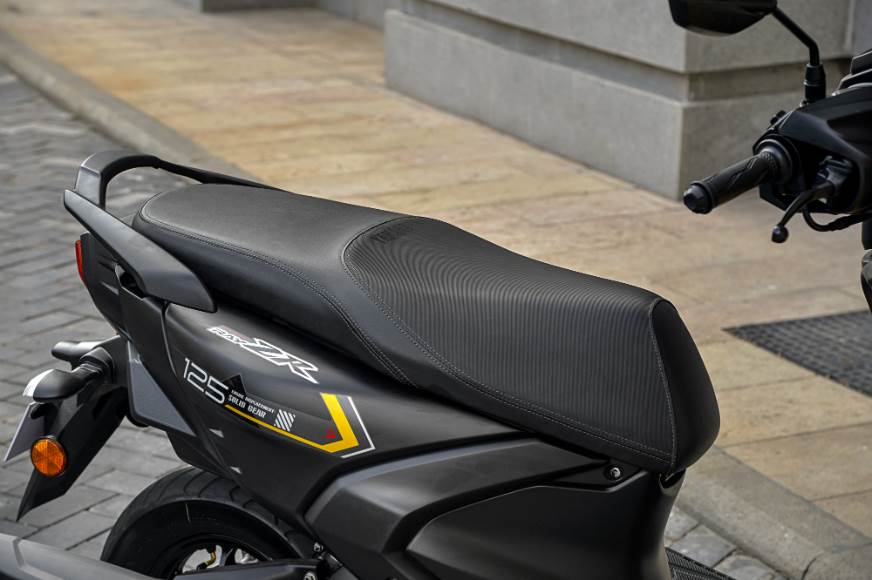 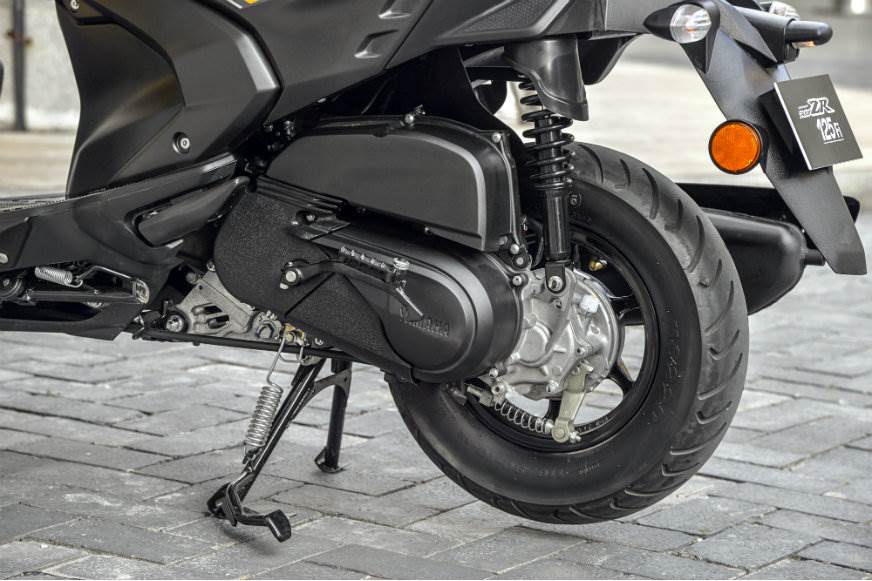 The ZR actually felt quite peppy from the word go, and that should appeal to the young target audience. We could only manage to hit 60kph down the straight on the marked loop before braking. We shall be verifying its top speed and other performance aspects such as 0-60kph times, and more, after putting it through a road test.

Yamaha developed an all-new frame for the new 125cc scooters that's about 4kg lighter than the current 110cc Ray ZR. Not only that, the 125cc scooters feature a new telescopic fork and rear shock too. This translates into a planted ride, although its ride quality is a tad firm at slow speeds. As far as braking is concerned, the unified braking system works well and the front disc has a decent amount of bite, ensuring the scooter comes to a halt safely. 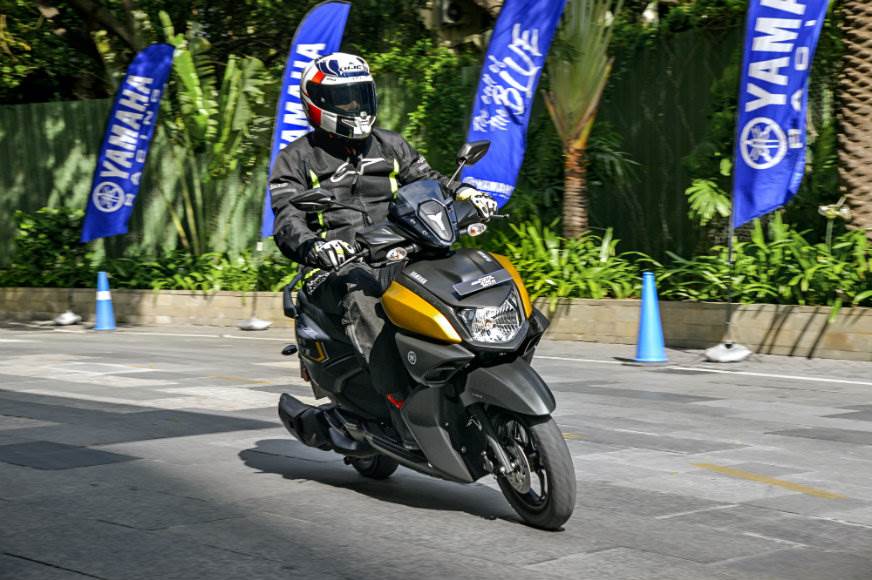 When can you buy one and should you?

The new Yamaha Ray ZR 125 Fi looks funky in comparison to the Fascino and will appeal to a different crowd – one that’s tired of run-of-the-mill-looking scooters. It could do with some features like a boot lamp and a USB charging port, considering that youngsters these days are dependent on staying connected 24x7. Prices of the Ray ZR 125 are yet to be announced but judging by the price gap between the new and old Fascino, which is around Rs 10,000, expect the new ZR to cost as much over the previous model. 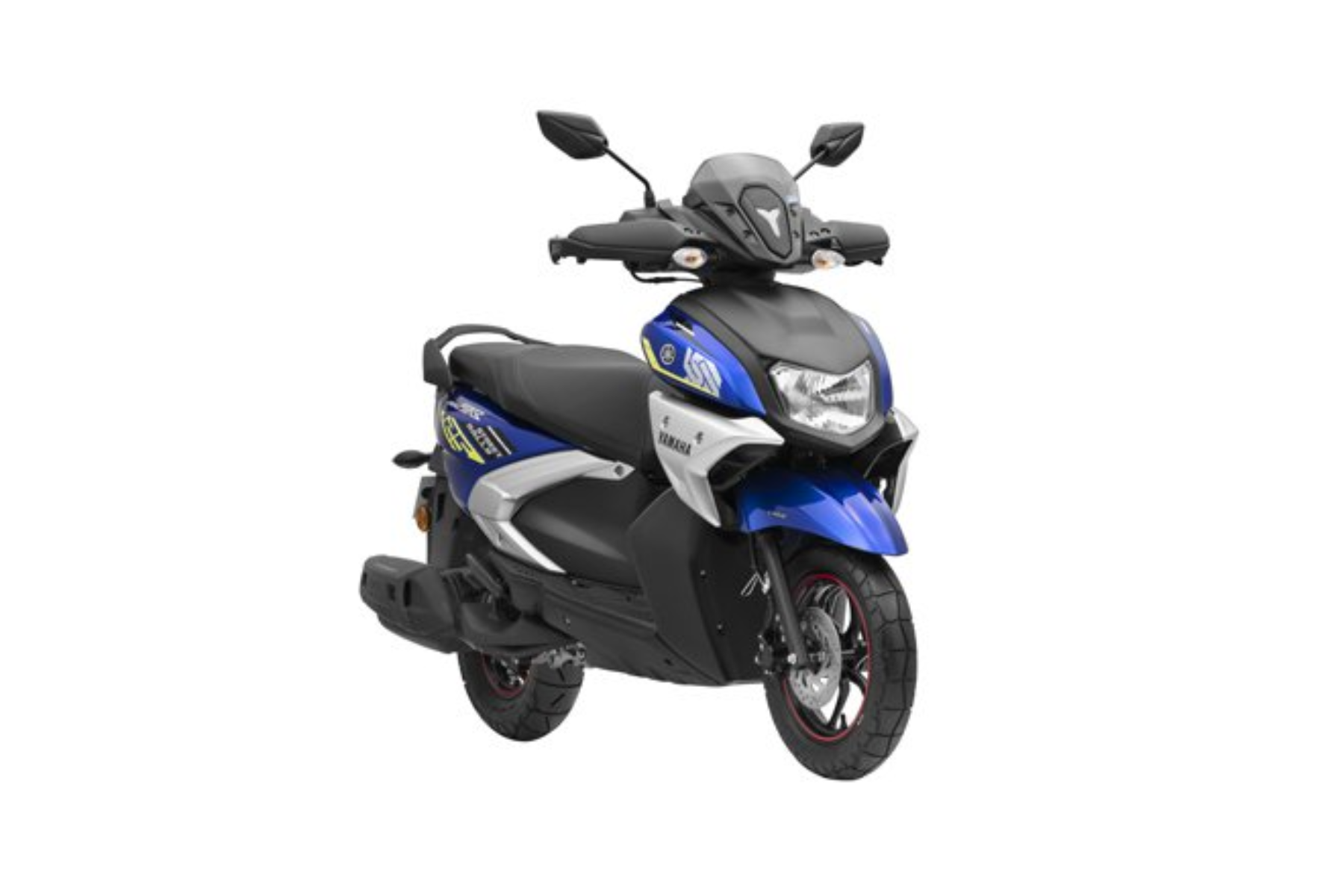 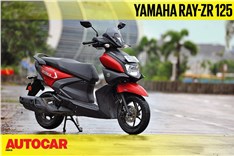