18-year-old Yash Aradhya will race in the remaining rounds of the 2020 French Formula 4 championship, making his debut this weekend. 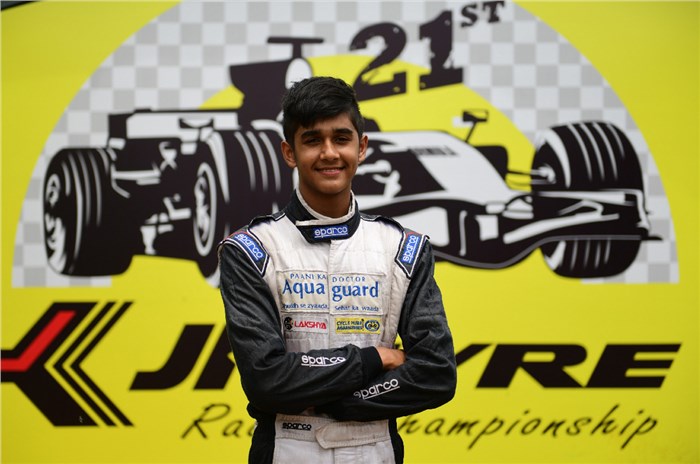 After several delays due to the COVID-19 pandemic, the 2020 French F4 championship finally got underway in August. However, Aradhya was unable to compete in the first three rounds due to Visa-related delays.

The 18-year-old is set to race in the remaining four rounds, which should give him some valuable experience as he kickstarts the next chapter of his racing career in Europe. His first outing will be at the Paul Ricard circuit in Le Castellet, France, this weekend from October 2-4.

“Finally the wait is over, I am thankful to my sponsors who stood by me even at this time of adversity and made this a possibility. I am all excited to race in these tracks for the first time, I will focus and learn the tracks, adapt to the car as quickly as possible, I am confident that I will make them and my country proud,” said Aradhya.

Earlier this year, Aradhya became the first Indian motorsport athlete to receive the Pradhan Mantri Rashtriya Bal Puraskar. The award is regarded as India’s highest civilian honour bestowed upon students under the age of 18.

Every year, the awards are handed out by the Government of India across various fields like social service, arts and sports.

After kick-starting his racing career in the JK Tyre National Go-karting Championship in 2012, Aradhya made his way through the ranks and started competing in Formula racing in 2017. Over that duration, he won a handful of national karting championships and made some international appearances as well.

In 2015, he participated in the CIK FIA Academy Trophy karting championship in Spain, Belgium and France; and in 2017, he was selected by the Federation of Motorsport Clubs of India (FMSCI) to represent India in the Rotax World Finals in Portugal.

Last year, he moved up to the F4 South East Asia Championship and completed his debut season in 9th place overall, bagging two podium finishes along the way. He also picked up four podium finishes in the Formula 1600 class of the 2019 MRF MMSC FMSCI Indian National Championship, including a race win.

Additionally, he was one of the youngest competitors in the inaugural season of the X1Racing League, driving for Narain Karthikeyan’s team NK Racing Chennai.