The X1 Racing League’s inaugural season proved that the series is way out of its depth. We break down what was initially promised and what was actually delivered. 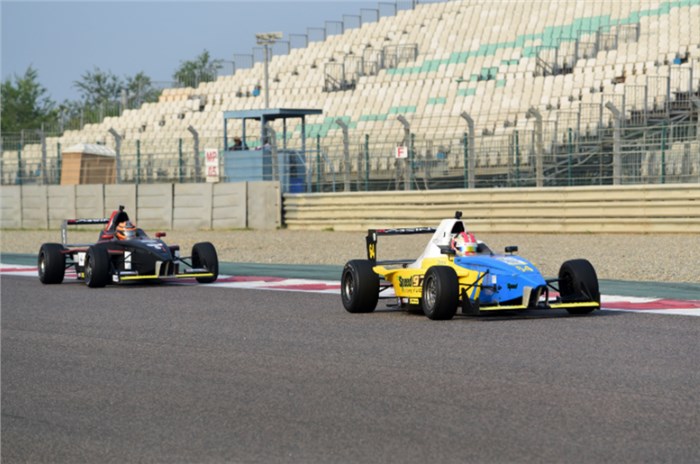 When the X1 Racing League was announced in June 2018, it was billed as the shot in the arm Indian motorsport needed. Instead, over the course of its first season, it has turned out to be a classic case of overpromising but under-delivering.

Given the scepticism and hurdles X1 Racing has had to overcome, the fact that it hit the track at all was, in hindsight, remarkable. But it has not lived up to the ambitious vision that racers and series founders Aditya Patel and Armaan Ebrahim had initially laid out.

The i1 Super Series, announced in 2011, had already tried to stage an IPL-style motorsport league. Despite coming at a time when India was still riding the F1 high (having only just held its first Grand Prix) and attracted backing from some big names, including Shah Rukh Khan and Sachin Tendulkar, it failed to even turn a wheel.

Motor racing is a niche sport in India, so it was never going to be easy for X1 Racing to pull off something on the sort of scale that it envisioned. The racing league was initially supposed to hit the track in the first quarter of 2019. However, it slowly but surely began to become apparent that the league wouldn’t deliver the full extent of the promises made when it was announced.

At a ‘Speed Summit’ at the Buddh International Circuit in May this year – the first chance for the media to experience the X1 brand first hand – organisers said it would race at just one street track instead of the four that had been announced in the initial press release. It would still race on four consecutive weekends, but with one venue repeated.

But when the details of its inaugural season were declared, the series featured no street tracks at all. The entire season played out across just two weekends; the opening round at the Buddh International Circuit (BIC) in Greater Noida, and the concluding round at the Madras Motor Race Track (MMRT) on the outskirts of Chennai. The number of franchises too, which was originally set at eight, was scaled back to six.

Maybe the hurdles were too high to overcome. Patel and Ebrahim were breaking new ground after all. Maybe everything didn’t go as planned. No matter. The pool of drivers the league drew in – top women racers, reputed international drivers, India’s brightest talents, even some ex-Formula One racers – made for a good mix. Even in its scaled-back form, with six teams racing over two weekends, the league had the potential to make a mark, gain a foothold for itself, and thus established, set about achieving all the things it had initially planned to in its first year.

But then the league decided to run the old Formula BMWs.

The cars were originally run by X1 Racing partner JK Tyres as part of its championships since 2011, when the tyre manufacturer acquired the Asian arm of the Formula BMW series; and they are now about a decade old.

The axing of street venues, the cutting back of the duration of the league to two weekends, the reduction of franchises from eight to six – these were all moves the league could have lived with. However, the decision to run cars that are outdated by nearly a decade could well end up being the league’s undoing.

The series was always intended to be a single-make formula. The organisers always maintained that they wanted to keep the cars simple to ensure exciting racing. But, having zeroed in on using cars similar to the Radicals SR3 (JA Motorsports’ Inde 2.0 was one of the cars under consideration) the decision to go with the Formula BMW chassis was taken for cost reasons and is a massive climb down for the league.

These cars are slow and looked unspectacular, especially around the BIC, which was built grandiose for the scale of an event like Formula 1.

It was initially suggested that the cars would feature redesigned, Formula E-style bodywork, but that didn’t materialise either. The cars that ended up on the racetrack came with minimal modifications and weren’t even been officially revealed to the public until the day of the event.

Several drivers faced issues with their cars. AD Racing Delhi’s two international drivers, Mathias Lauda – son of three-time Formula One champion and legend Niki Lauda – and Christina Nielsen, backed out of the race following complications with their cars during the first qualifying session at the BIC. And unlike the Radicals, or LMP2-style cars that the series was initially going for, these cars were also ill-suited to driver swaps, which were mandatory to the X1 Racing format.

Transporting all the cars from Delhi to Chennai for the finale within week was always going to be touch-and-go. Unsurprisingly, the cars were unable to reach Chennai in time and, as a result, all of Saturday’s running had to be cancelled. This meant that the final round of the season had been condensed into just three races, all of which were held on Sunday itself, thereby setting the stage for a frantic finale.

Heading into the round, drivers had hoped that the twistier and shorter MMRT would be less punishing on the engines, but that wasn’t the case. In fact, half the grid retired in the first race itself – three of the cars being unable to even start the race. And nearly all the retirements were caused by engine issues. Pippa Mann’s engine blowout even caused a lengthy safety car period that ate up a significant chunk of the available (and limited) racing time. The slew of retirements in the first race meant that only six cars were able to run in the final two races of the season.

And then there was Antonio Ferrari. As head of the EuroInternational single-seater operation, he was responsible for all the cars; and according to many, he proved to be the central villain in the picture. He seemed to have been rather uncooperative, paying no heed to the teams’ complaints and even flatly refused to change engines, fuel pumps and other components. In fact, sources claim that he’d also refused to let the cars run an installation session at the BIC, despite several teams requesting one on the ground of safety – a logical request, considering these cars had probably spent a fair share of their lifetime in containers, being transported.

Organisers have already said they will be using a different car next year. But the future of the series may depend very much on it making a mark, proving the doubters wrong and convincing the sceptics in its first year.

But in this first season, other than taking to the track, it hasn’t done that.

The loss of the Indian Grand Prix was a major setback for Indian motorsport; one it has not fully recovered from. The X1 Racing League was hoping to change things, but unfortunately, its chaotic first season ended up casting further doubts on whether India is ready to host large-scale motorsport events.

Hopefully, the series will learn from its first season – and if it does go on to host a second season, it’s going to have to make some massive changes to revive the confidence of the motorsport community in India.