Winners of the GR Supra GT Cup will earn cash prizes along with the chance to compete in the regional and global versions of the virtual championship. 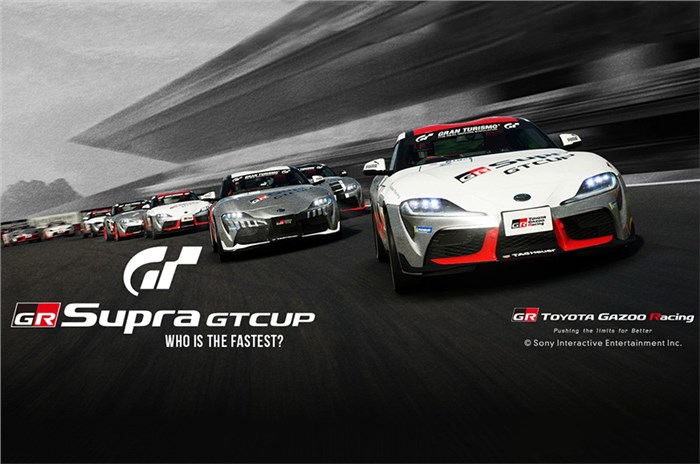 What is the GR Supra GT Cup?

The GR Supra GT Cup was launched internationally last year as a one-make virtual racing championship hosted on the popular PlayStation 4 racing game, Gran Turismo. Gamers around the world battle it out in seven rounds, with the top ranked players then competing in the finals to determine the series champion.

Toyota has since gone on to launch a regional version of the championship in Asia and will now expand the series to India.

The virtual version of the Supra RZ was used for the 2019 championship. Toyota claims to have used data and user feedback from the game to help with the development of the production GR Supra.

What do you need to participate in the GR Supra GT Cup?

Toyota will announce the complete schedule for the contest in the coming days.

What do the winners get?

The top three finalists will win a cash prize of Rs 1 lakh, Rs 75,000 or Rs 50,000 depending on where they finish. The top 10 gamers will be gifted Gazoo Racing merchandise.

Toyota Kirloskar Motors’ Senior Vice President, Sales and Service, Naveen Soni added that the winners could also earn the chance to further compete in the regional and global versions of the championship.

“This contest will be a national level online event to earn a chance to further compete at the regional and global level events. In time, we will bring in more elements of the TGR [Toyota Gazoo Racing] to the country via more experiences and activities. For now, all those car enthusiasts who are looking to pursue a new challenge in the virtual world, here’s the GR Supra GT Cup 2020 bringing you the opportunity to team-up with Toyota to feel and experience the real-racing excitement,” Soni said.

What if you don’t own a Play Station or Gran Turismo Sport?

Toyota has also announced plans to run a GR quiz contest online. 10 winners will be selected and will be gifted PlayStation 4s. Further details of the contest will be revealed in the coming days.