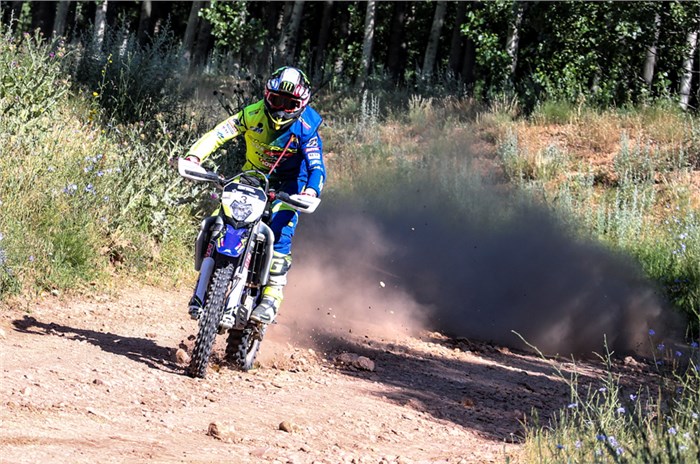 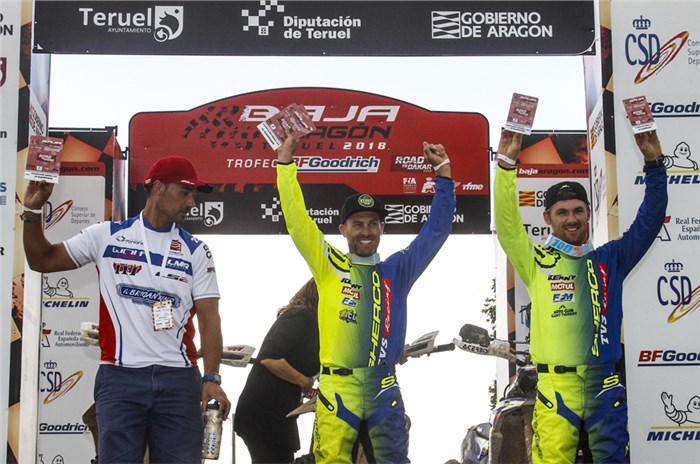 Sherco TVS Factory Rally Team had a memorable outing in the 35th edition of Baja Aragon. The Indo-French team emerged victorious in the Baja Aragon 2018, which is also its first win in the event. Winning the event for TVS was French rider, Michael Metge, who signed as a replacement for Joan Pedrero, last month.

Making Michael Metge’s performance even more impressive is the fact that this was his debut race for Sherco TVS Factory Rally Team. Michael had a great run in the Spanish rally event, with good finishes across all-three days of the rally.

Commenting on his win, Michael Metge, Sherco TVS Factory Rally Team, said, “The Baja Aragon is tough and very competitive, and I am thrilled to have maintained a consistent performance and finish at the top. This was my first stint with Sherco TVS Factory Rally team and I am grateful to them for the support. The RTR 450 is an amazing race machine which truly complements my riding style. I look forward to pushing my limits on it in the upcoming Rallies.”

Aishwarya Pissay, who became the first female rider to compete in the Baja Aragon 2018, sadly, couldn’t finish the rally. Pissay suffered an injury during the rally, which forced her to retire from the event on the final day.