Michael Metge will be replacing star rider Joan Pedrero who recently announced his departure from the team. 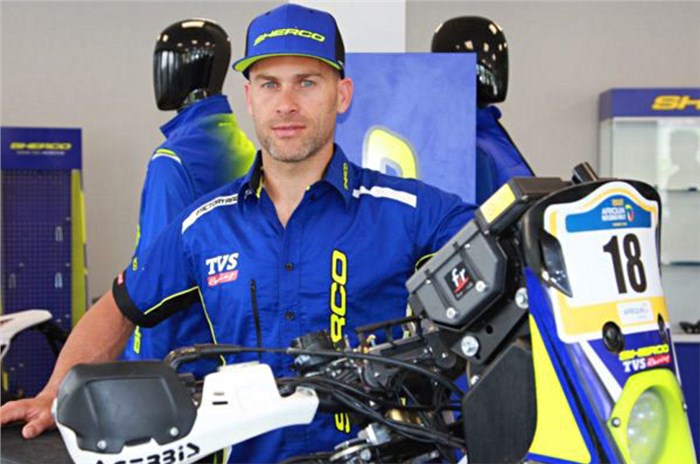 Sherco TVS Factory Rally Team has signed Michael Metge as their new rider. The Frenchman is the replacement for Joan Pedrero, who announced on Twitter that he has left the Indo-French outfit. Pedrero was the star rider for Sherco TVS as he had won the Pan Africa Rally in 2017. He was also the top finisher for the team in the 2017 Dakar and 2018 Dakar Rally finishing in 13th position and 11th position respectively.

The passion for racing runs in Michael Metge’s family, as his father had competed in the Paris Dakar Rally six times and his cousin, Rene Metge has won the Dakar on three occasions. Previously having ridden for the Honda factory team, Michael now joins his younger sibling Adrien in the Sherco TVS team. He made his Dakar Rally debut in 2013 and managed to complete the arduous rally in an impressive 18th position. Metge had raced for Honda in the 2017 and 2018 edition of Dakar. In the 2017 edition, he managed to finish in 14th place (his best Dakar performance) but had to retire from this year’s rally.