Sergio Perez will drive alongside Max Verstappen next year; Alexander Albon stays on as reserve driver. 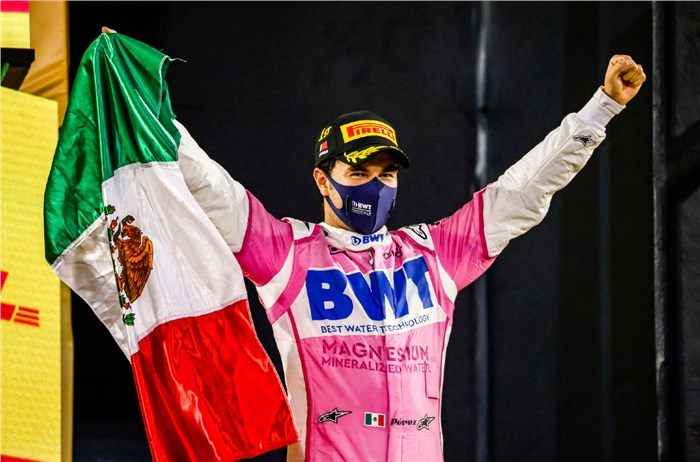 Since making his F1 debut in 2011, Perez has gone on to become one of the sport’s most consistent performers. Earlier this year, he confirmed that he would be leaving Racing Point at the end of this season, with the team opting to sign Sebastian Vettel as it transitions to operating as Aston Martin’s works F1 team in 2021.

Despite enjoying his best season so far, even taking home his maiden F1 win at the Sakhir GP, the Mexican driver’s future in the sport was yet in doubt. With most of the F1 2021 grid already confirmed, Perez himself admitted that he would likely take a sabbatical next year if he couldn’t secure a drive with Red Bull.

“I am incredibly grateful to Red Bull for giving me the opportunity to race for Red Bull Racing in 2021,” said Perez. “The chance to race for a championship contending team is something I have been hoping for since I joined Formula 1 and it will be a proud moment to step onto the grid in Red Bull colours alongside Max.”

“You can be sure that I will give next season my full focus. The Team has the same winning mentality as me and I know I am here to perform and help the Team fight for another title.”

Albon to stay with Red Bull as reserve driver

Red Bull Racing Team Principal, Christian Horner, confirmed that Alexander Albon with take on the role of reserve and test driver at the team, “with a key focus on 2022 development, simulator work and tyre testing.”

Albon was promoted to Red Bull Racing mid-season, last year in place of Pierre Gasly. He’s shown some progress this year, even securing his maiden podium finish at the Tuscan GP. But he’s largely been outperformed by his teammate, and ended up finishing the season a sizeable 109 points behind Verstappen.