HRC test rider Stefan Bradl will team up alongside Alex Marquez at Brno this weekend. 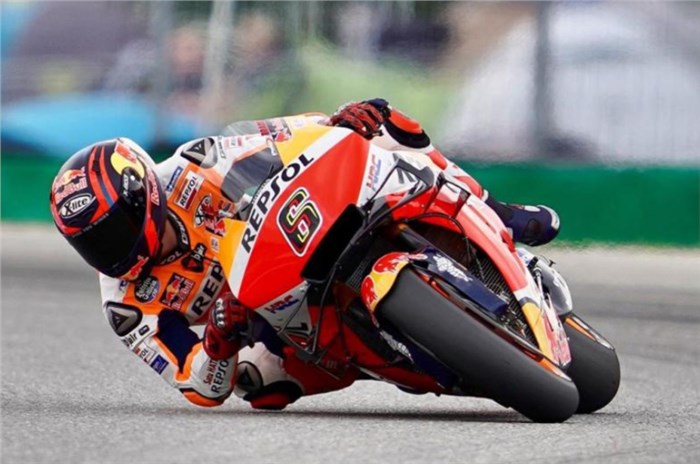 Honda has confirmed that Marc Marquez will miss the Czech Republic GP this weekend and that Stefan Bradl will take his place alongside Alex Marquez. Marc Marquez has undergone a second operation on his injured right arm, and Honda Racing Corporation has decided that he will not ride at Brno, so as to allow him to recover.

This will be the second race the reigning champion will be missing this season. Marquez suffered a horrific highside on the opening round of the 2020 season and underwent surgery to fix a fractured right humerus. In a heroic effort, he returned to Jerez just four days later for the Andalusian GP, but pulled out from the competition on qualifying day.

In his place, HRC test rider Stefan Bradl will mount the Honda RC213V. Bradl is a former Moto2 World Champion and in 2019, competed in four MotoGP races with a best finish of 10th at the German GP. Bradl has claimed three top-10 finishes at Brno from his seven starts in the MotoGP class and only once missed out on scoring points.

His teammate for the weekend, Alex Marquez, has also seen his fair share of success at Brno. The Spaniard won his Moto 2 race at the circuit last season and has also said in the past that it is one of his favourites on the calendar.

The Czech GP marks the fourth round of the 2020 MotoGP World Championship and presents the first change of circuit for the season in the MotoGP class, following the previous two races at Jerez.

2020 Andalucia MotoGP: Quartararo makes it two wins in a row