With Pol Espargaro joining the factory Honda team, Alex Marquez will move to LCR Honda in place of Cal Crutchlow. 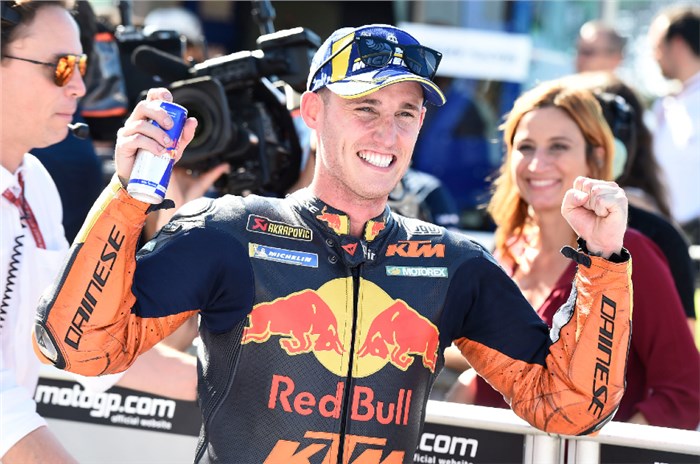 Repsol Honda has confirmed that Pol Espargaro will join the team for the 2021 and 2022 MotoGP seasons, partnering six-time MotoGP champion Marc Marquez. Of course, this news has been expected ever since KTM confirmed the exit of Espargaro last month, confirming Brad Binder and Miguel Oliveira for its 2021 line-up.

Late last year, Honda had announced reigning Moto2 champion (and Marc Marquez’ brother) Alex Marquez as Jorge Lorenzo’s replacement, making it the first time in the history of MotoGP that two brothers would be riding for the same team. However, COVID-19 related delays have meant that Alex hasn’t yet had the chance to race for Repsol Honda.

With Espargaro now confirmed at the factory Honda team, Alex will instead move to the LCR Honda squad from next year with factory support. Honda also confirmed that the 24-year-old’s current deal has been extended till the end of 2022.

“I am very proud to announce my renewal with Honda Racing Corporation (HRC),” said Alex Marquez.

“HRC gave me the opportunity to arrive in MotoGP and I am glad to join the LCR Honda Team at the end of 2020 and compete in a big team with great experience in MotoGP. I want to thank HRC and the LCR Honda Team for their trust in me to be able to continue in the Honda family and I will work hard to prove their confidence with results. Now, I am eager to start the season in Jerez and I am completely focused to give my best this year.”

End of the road for Cal Crutchlow

This could spell the end of the road for the 34-year-old’s MotoGP career since majority of the teams, barring Ducati and Aprilia, have already confirmed their rider line-ups

A statement released by Honda reads: "HRC would like to extend their thanks to Cal Crutchlow for his diligent and tireless work since joining HRC in 2015. With three wins and 12 podiums, the British rider has been a valuable asset on and off track – a constant source of excellent feedback for the engineers and a key part of developing the Honda RC213V in recent years. HRC wish him all the best in his future endeavours."

After an extended break, the 2020 MotoGP season will finally get underway this weekend at the Jerez Circuit in Spain. You can head here for the full revised 2020 MotoGP calendar.