MotoGP: Alex Marquez to ride for Repsol Honda in 2020

Reigning Moto2 champion Alex Marquez will make his debut in the premier class aboard the Honda RC213V alongside his brother Marc Marquez. 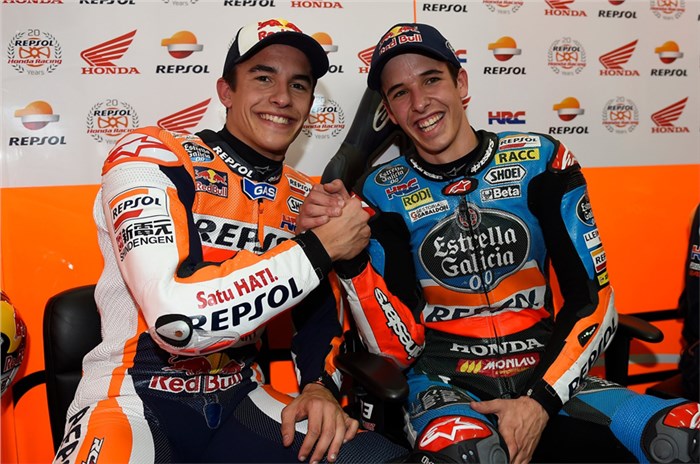 The Repsol Honda team has been left with a vacant MotoGP seat with Jorge Lorenzo announcing his retirement. But the team has now confirmed that it has signed reigning Moto2 champion Alex Márquez as Lorenzo’s replacement. Making his premier class debut next season, Alex will ride the Honda RC213V alongside his older brother and MotoGP champion, Marc Márquez. This will be the first time in the history of MotoGP that two brothers will be driving for the same team.

Having just clinched the triple crown in 2019 (winning the riders’, constructors’ and teams’ championships, there’s no doubt that Honda’s vacant slot was the most sought-after in the paddock and there was plenty of speculation about who would be signed. Johann Zarco was even rumoured to be in contention at a point. But Alex ultimately bagged the seat with Repsol Honda’s Team Manager Alberto Puig explaining: “We have to understand that the decision has been taken out of (based on) his results.”

“He is a world champion of Moto2 and this is something that was the starting point of the consideration to sign him. It’s also true that at Honda we are trying to find riders for the future, young generation riders. And out of the circumstances that Jorge decided to stop (racing), it was one year that was lost, so we decided to give him (Alex Márquez) this opportunity based on the fact that he is the new Moto2 world champion that he is young, and we believe that it can be a good opportunity for him.”

A statement released by the Honda Racing Corporation confirms that Alex has signed a one-year contract with the team. The 23-year-old already boasts an impressive track record in racing – after making his full-time Grand Prix racing debut in 2012, he defeated Jack Miller to win the Moto3 title in 2014. He then stepped up to Moto2 in 2015 with the Marc VDS team.

After enduring a difficult first two seasons, he finally bagged his first class victory at the 2017 Spanish GP. This year, he added to his title tally by winning the Moto2 championship with once race to spare in Malaysia. It remains to be seen how he’ll fare at Repsol Honda next year compared to Marc, who has eight world championships to his name.