Multiple tracks in the calendar will be hosting more than one race on back-to-back weekends. 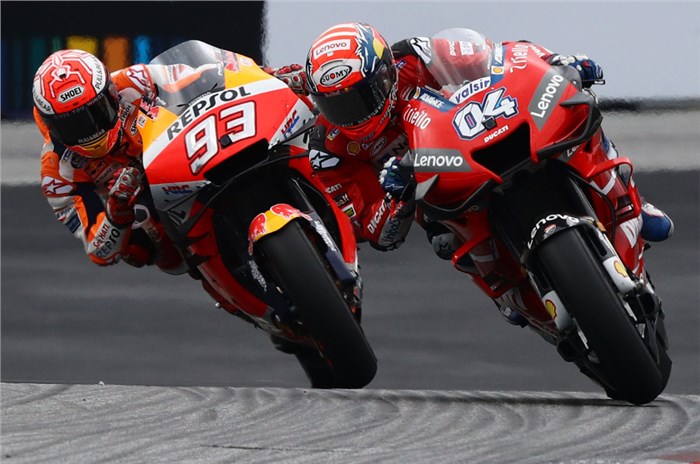 The FIM (Fédération Internationale de Motocyclisme) has unveiled a 13-round European calendar for the 2020 MotoGP season, which was delayed due to the coronavirus pandemic. The press statement also reveals that the possibility of holding rounds outside Europe will be assessed and confirmed before July 31. However, the 2020 season will not finish later than December 13 and will comprise a maximum of 17 rounds (including the Grand Prix of Qatar).

As per the revised calendar, the 2020 MotoGP season will now kick off with a double-header at the Jerez Circuit on July 19 and 26. In recent weeks, the Dutch, German, Finnish, Australian, Japanese, British and Italian GPs had all been cancelled. The FIM has now listed the USA, Argentina, Thailand and Malaysia as potential destinations for overseas races, once the European leg is completed.

To compensate for the lack of eligible venues, multiple circuits like the Red Bull Ring in Austria and the Misano World Circuit in Italy will be hosting more than one race and you can take a look at the full calendar in the image below: 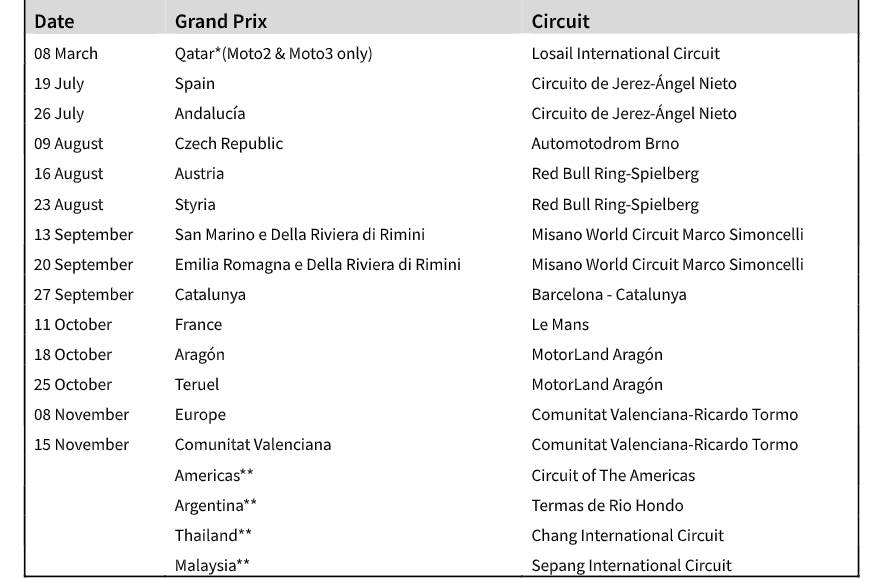 The first round of the season was scheduled to take place on March 8 at Qatar, but the outbreak of the virus forced organisers to cancel the MotoGP class. The Moto2 and Moto3 classes, as well as the Idemitsu Asia Talent Cup races, however, did take place, as all the teams and riders were already in Qatar for the three-day official test at the Losail International Circuit.

All dates and events, as well as the eventual attendance of spectators, are subject to the situation with the pandemic at that time, as well as the approval of corresponding governments and authorities.