The MMRT has teamed up with Volkswagen to give enthusiasts the chance to drive a race-spec Polo, with plans in place to offer the race-spec Vento in the future as well. 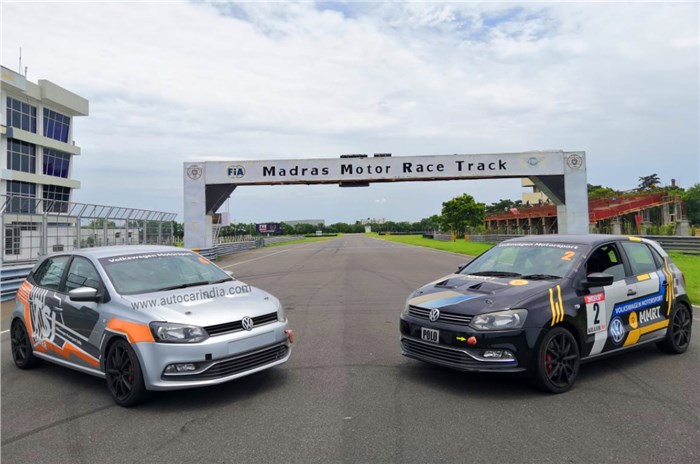 Madras Motor Race Track (MMRT) has launched its ‘Arrive and Drive’ programme, giving racing enthusiasts the chance to get behind the wheel of a race-spec Volkswagen Polo.

Earlier this year, the MMRT opened its doors for testing and practice sessions. Since then, it has allowed car and bike enthusiasts to pay a token amount to run their own vehicles on the track. But its latest initiative sees the MMRT tie up with Volkswagen Motorsport India to give people the chance to drive a race car. Here’s everything you need to know:

What cars can you drive as part of MMRT’s Arrive and Drive programme?

Motorsport has had to take a back seat in India with COVID-19-related restrictions still firmly in place for sporting events. However, the MMRT has used the opportunity to bring the sport closer to the fans.

For now, the ‘Arrive and Drive’ programme is offering up the race-spec Polo for track days. But while speaking to Autocar India, Vicky Chandhok, Madras Motor Sports Club vice-president, revealed that the circuit will be offering the race-spec Vento in the future as well.

The plan is to run the programme in two phases – letting people get used to the track and to driving a race car first, before allowing them to graduate to the Ventos.

When will the next session be held?

The MMRT already conducted its first session on September 6, and the next one will be held this Sunday, September 13, from 2pm to 6pm.

The circuit plans to host these sessions every other weekend, pairing it with its regular track days. So you can visit MMRT’s Facebook page to book a slot and remain up-to-date with future session dates.

A perfect way to enjoy your Sunday afternoons !! Open to everybody at the @MMSCChennai Race Track ! Thanks to @VWmotorsportind for the great fun cars !!! pic.twitter.com/HzAcfzrz37

How much is the fee?

Those interested will have to pay Rs 9,000 to book a slot for a 25-minute session. This fee will cover the cost of the track and car hire, fuel, tyres, mechanics and crew. Each driver will be permitted to book a maximum of four slots on any given day.

Will training be included?

These sessions don’t include training, but experts will be present on site to conduct an initial driving evaluation, followed by a safety briefing.

The MMRT does, however, have dedicated training days. So that’s worth checking out if you’re interested.