Mahindra Racing: We've got the package, but need to work on consistency

We catch up with Mahindra Racing team principal Dilbagh Gill to discuss the team’s expectations for Season 8, collaborating on road EVs and more. 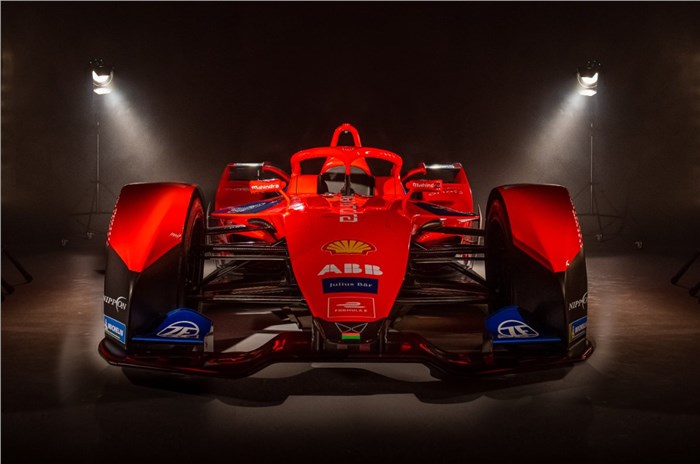 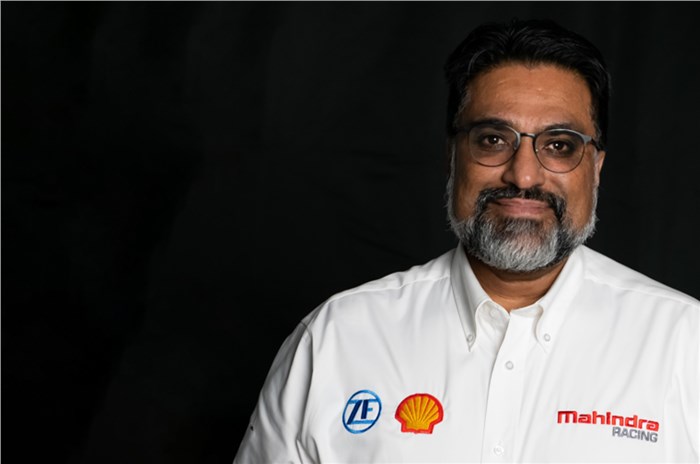 Mahindra Racing recently unveiled its latest challenger for the 2022 Formula E season. After spending two seasons at the tail end of the overall order, the team believes they have the right package to break into the top five – it’s more a matter of optimising that package to deliver consistently strong results.

Ahead of the official pre-season tests later this month, we caught up with Dilbagh Gill, Mahindra Racing’s CEO and team principal, to discuss the Indian squad’s ambitions for Season 8, transfer of technology to Mahindra’s road cars, the new Formula E Unplugged series and more.

The 2021 season was a key year of transition for the team, with the M7Electro featuring an all-new powertrain – the first one developed for the team by ZF. The Indian squad ended up ninth in the overall standings. But, Gill believes their stronger pace towards the end of the season – that also saw Mahindra win at London – suggests they’re primed for a much stronger Season 8.

“We definitely are quite optimistic on this,” he said. “We had a good car last year, we needed to optimise it. There was nothing fundamentally wrong with us, it was just that we, as a team, were not getting the best results from it.”

In the past, Mahindra has showcased that it has what it takes to compete against the very best in Formula E. It even finished Seasons 3 and 4 in third and fourth positions respectively. Gill is also confident that the team should break into the top five next season. “We’ve been there earlier so I think we can get back. It’s not that we’ve not been there,” he said.

“We have not been consistent and that’s been a problem. I think now the consistency is starting to improve. So I do believe that in Season 8 we’ll be back in the top five of the championship with some decent results coming in.” As he explained earlier, the package is there, the team simply needs to work on how they use that package.

There’s a new knockout-style qualifying format being introduced from next year. This replaces the older format that was often criticised for penalising drivers at the top of the standings since they were made to run in the first group. All those running in the later groups would get the advantage of a better evolved track, which is especially crucial on street circuits.

Gill believes this more “merit-based system” should also help the team. “I think with [Oliver] Rowland also joining the team, he’s one of the best qualifiers in the championship, and the new qualifying format also coming in could help us going forward. Because now, if we qualify in the front, we know that we can race,” he said.

“Two years ago, we still qualified in the front, but we used to move backwards in the race because of the inefficiency of our powertrain compared to some of our competitors,” Gill added. “We no longer have that disadvantage. So, no excuses!”

With power now up from 200kW to 220kW, and 250kW available during Attack Mode, the Gen2 cars will be the fastest they have ever been. So that leaves plenty for Mahindra to address and work on once pre-season testing gets underway on November 29.

Oliver Rowland is Mahindra’s newest recruit, joining the team after spending three seasons racing for Nissan. Alexander Sims, meanwhile, stays on for a second year. “Both bring pretty unique characteristics. Rowland is really strong on one-lap pace, he’s pretty aggressive in racing. Alexander is much more of a thinker during races. So, between both of them, there’s a lot of knowledge sharing, there’s a lot of exchange of ideas, etc,” said Gill.

Gill also highlights how Rowland and Sims’ prior experience with Nissan and BMW means both drivers can share some of the best practices they have observed at their respective teams. I’m quite excited and I think Rowland reminds me very much of Nigel Mansell – a tough guy, tough racer, true racer out there. Never gave an inch. And that’s also the spirit that I want to bring, that we are not going to be giving an inch on track going forward,” added Gill.

When Mahindra’s new Season 8 race car was unveiled, the first thing that stood out was the striking new all-red livery. But take a closer look and you’ll notice something even more significant – it carries the new Born EV logo. Mahindra plans to double down on the EV sector in the coming years, and a common logo featuring on its future EVs as well as its Formula E race car is the first sign of that intention.

When asked if this signifies an even more enhanced collaboration between the racing and road car divisions, Gill said, “This is the start of the Race to Road [programme], which is going to impact some of the local markets like India, for example.” He points out how the newly established Mahindra Advanced Design Europe (M.A.D.E) studio, with Pratap Bose at the helm as chief design officer, shares its campus with the Formula E team.

Mahindra plans to launch eight new EVs by 2027 and four of these will be underpinned by the Born EV platform that is designed for electrification from the ground up. “So we will start to collaborate a lot closer to be providing products which come out of our laboratory,” Gill added.

This closer collaboration is, perhaps, also why Formula E is such an integral part of the equation for the Mahindra Group. After all, the team was the first to commit to the new Gen3 era. With major brands like Mercedes, BMW and Audi stepping away from Formula E, the series’ relevance came under question. But Gill counters, “Formula E is very relevant because here, the technology that we are learning, it can be transferred to road cars at a much [more] rapid rate than any other form of motorsport.”

Sustainability has always been more than just a buzz word for Mahindra, and it’s been a core part of the Formula E team’s ethos. Gill even adds that along with the Race to Road programme, the race to ROCE (Return on Climate and Environment) is a big part of why the team continues racing in Formula E. “These are the two races we are in and we are trying to push both sides – the sustainability side and the road car development while we race,” he said.

Formula E has launched a series called Formula E Unplugged, going behind the scenes through all the highs and lows of the last season. Gill acknowledges just how pivotal it can be to give fans access to the overall championship story beyond just what happens out on track. “We’ve seen how stuff like this can become a game changer,” he said, referring to the impact Netflix’s F1 series, Drive to Survive, has had.

Mahindra has harboured a similar ethos. “Why do we do blueprints, why do we talk about the deepest of our technology? We are willing to go the extra mile to open up,” Gill said.