Honda in no hurry to join Formula E

Japanese carmaker will focus its on Formula 1 and continue as an engine supplier; also talks about their powertrain plan till 2030. 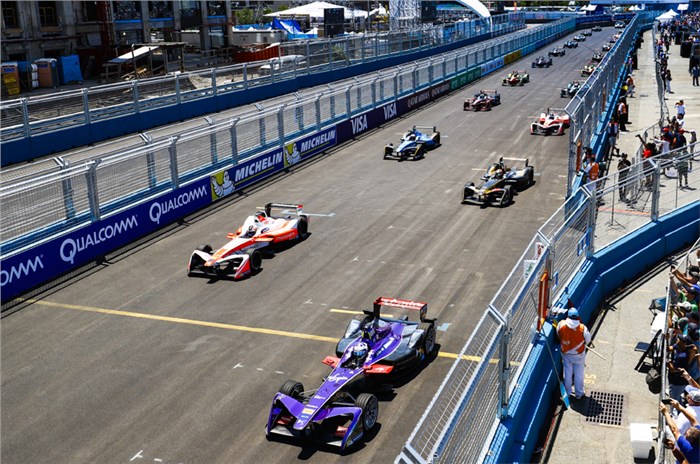 You won’t be seeing a Honda team in the Formula E race series any time soon. Honda Motor Co’s President and CEO, Takahiro Hachigo, made this amply clear in his response to a question by Autocar India at a press gathering at the carmaker’s global headquarters in Tokyo.

“There is a Japanese proverb which says, ‘If you run after two hares, you will catch neither',” Takahiro joked.  Saying his company remains fully committed to Formula 1, he added, “We do not anticipate Honda will take part in Formula E.”

Honda’s stance on Formula E is in stark contrast to many of the world’s large carmakers that are making a bee-line to the all-electric race series – especially at a time when there’s a huge push for electric cars. Audi, DS, Jaguar, Renault and India’s own Mahindra are presently involved in Formula E; with BMW, Mercedes-Benz and Nissan lined up for entry in the seasons to come.

A part of the reason for Honda remaining heavily invested in Formula 1 is the technology transfer from the race cars to its road cars. “Since F1 cars use hybrid systems, it’s easy to apply the learning from F1 to technology used on our mass-produced cars.” Takahiro said. Hybrids are a huge part of Honda’s road car powertrain plan up to the year 2030. As per Honda’s own estimates, battery electric vehicles will make up only 15 percent of its sales by the year 2030.

While Honda’s CEO did refer to Formula 1 as the ‘pinnacle of automotive racing’, he also talked of the company’s poor performance since its return as an F1 engine supplier with McLaren, since 2015. “We were not able to deliver results that lived up to the expectations of everyone this F1 season. We were frustrated but want to recover from this situation. Therefore, right now we are giving our best shot to F1.” Takahiro said. Notably, McLaren and Honda parted ways at the end of the 2017 F1 season. The Japanese manufacturer’s engines will power the Toro Rosso’s cars from 2018, onwards.