The Indian outfit is hoping its latest move to consolidate the entire team in one location should help fast track in-season development. 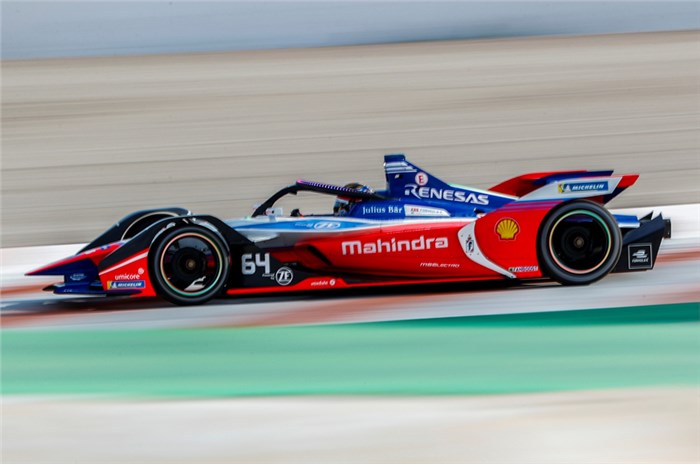 Mahindra Racing is gearing up to compete in what will be its sixth season in Formula E, with 2019/20 season of the all-electric series all set to kick-off this week. The team believes its better prepared than ever before for the upcoming season, having addressed a crucial area concerning development.

Having been part of the series from the very beginning, the Indian outfit is now the oldest manufacturer in Formula E. After a largely underwhelming first season, Mahindra Racing truly established itself as one of the front runners in season two, and then went on to complete season three in an impressive 3rd place. However, a major problem has been plaguing the team for the past two seasons – in-season development.

The team kicked-off last season on a strong note, with Jérôme d’Ambrosio scoring a podium at the season-opener in Ad Diriyah and then winning the Marrakesh E-Prix. Pascal Wehrlein then went on to clinch strong podium finishes in Santiago and Mexico. The string of strong results propelled the team to the top of the teams’ standings and d’Ambrosio was leading the drivers’ championship at one point too. However, over the course of the season, Mahindra’s title challenge started to fade and the team ultimately wrapped up the 2018/19 season in 6th place in the teams’ championship.

Dilbagh Gill – the CEO and Team Principal of Mahindra Racing – believes that one of weaknesses handicapping the team has been the fact that up until now, it was based in two locations with the operations in Barcelona, Spain and the factory in Banbury, England. However, the team has now been consolidated in one location in England and Gill believes this should help fast track the development process. “We’ve addressed it; now let’s see the results because this is the first team where we have brought the whole team together. We have augmented the team and we’ve brought in a lot more experience to the team. So the next couple of months are where you’re going to see how quickly we are able to react and how quickly we are able to bring certain developments to the car,” Gill said while speaking to Autocar India.

Echoing Gill’s comments, Jérôme d’Ambrosio – who stays on with the team for another season alongside Pascal Wehrlein – said, “I think having half the team somewhere and the other half somewhere else, that made it very difficult to be efficient in terms of operations, development and so on. It tired people more than what it should have with the travels, not only to the race, but then between the two bases. So in this case, I think yeah we have addressed a good part of (our weaknesses).”

Additionally, while admitting there there’s always pressure to consistently deliver strong results, Gill also emphasised that the team will continue to be pragmatic about its investments. “I think we’re still the second-smallest team in Formula E. We are one of the most efficient teams and we want to continue the model where less does more,” he said.

This season also sees Mahindra Racing team up with ZF Friedrichshafen AG, with the technology major joining the squad as its new Powertrain Partner. The company already has significant experience in Formula E, having previously served as technology partner to Venturi since 2016. ZF will provide Mahindra Racing with its new powertrain from next season, but for this season it will be providing the cars with bespoke suspension, in addition to helping out with chassis development work and providing engineering services.

To further bolster its championship chances, Mahindra Racing has also recruited David Clarke as Team Manager and Paul Willett as Chief Mechanic. Clarke previously served as the Team Manager of the reigning teams’ and drivers’ Formula E champions DS Teechetah, and he should bring some crucial experience to the team. Meanwhile, Willet has prior experience in the World Endurance Championship, and the Blancpain and Asian Le Mans series.