The Leaf NISMO RC gets a new look for season six; Sebastien Buemi and Oliver Rowland will return to drive for the team. 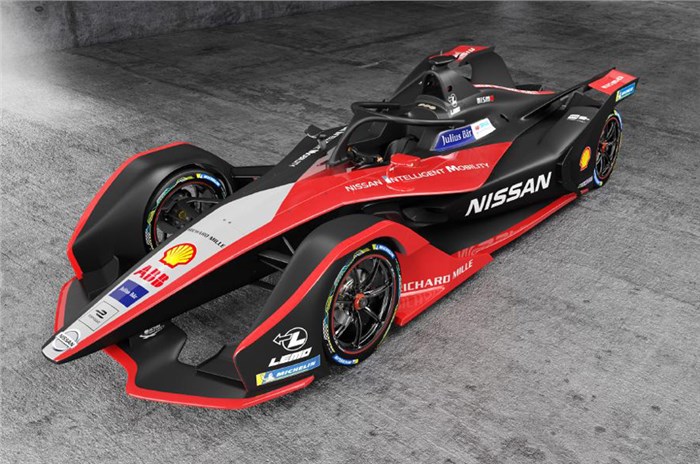 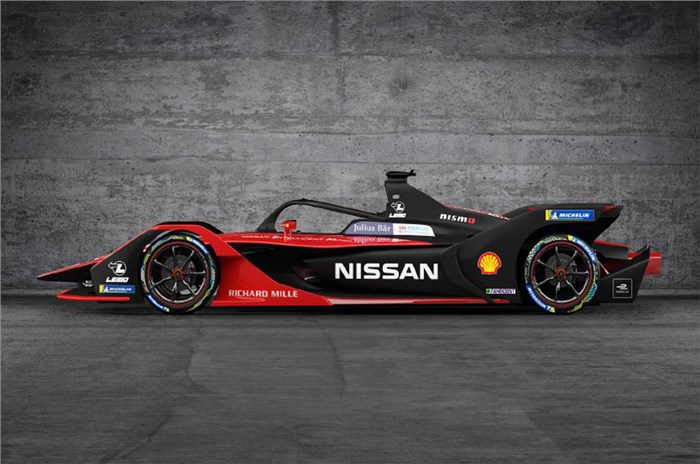 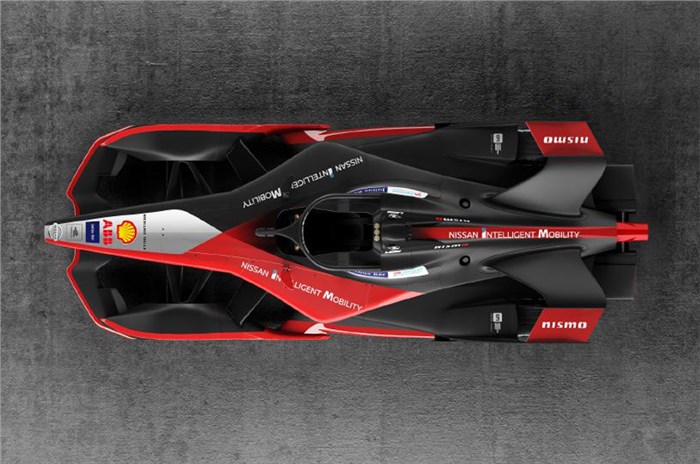 Nissan is the latest manufacturer to reveal its challenger for the upcoming 2019/20 Formula E season, which kicks off next month (November 22-23) with a double-header in Saudi Arabia. Additionally, Nissan has also confirmed that Sebastien Buemi and Oliver Rowland will return to drive for the team.

The coming season will be Nissan’s second in the all-electric racing series; the manufacturer took over Renault’s Formula E operations last year and completed its maiden season in 2nd place in the teams’ standings – raking up six podium finishes, including one race win in New York, and six pole positions over the course of the 2018/19 season.

For its second season in the series, Nissan’s Leaf NISMO RC racer will don a new red, black and white livery that the manufacturer says is inspired by the Japanese kimono garment. “As we approach the beginning of our second season of Formula E competition, our design team proposed a new look, one that celebrates our Japanese heritage and vibrant technology DNA,” said Alfonso Albaisa, Nissan’s senior vice president for global design.

“We used our iconic Nissan racing red, black and white colours, layered diagonally in a kimono pattern, which creates a dynamic and powerful impression.”

The coming season will also be a crucial one for Nissan, with its new single-motor powertrain. Last year, Formula E made the decision to ban twin-motor powertrains from the 2019/20 season for cost-saving reasons – a move than only impacted the Nissan squad. While the car has already completed its initial testing at the three-day pre-season test in Valencia, it remains to be seen if the new powertrain can truly deliver under race conditions.

“The second season is sometimes harder than the first,” said Michael Carcamo, Nissan’s global motorsports director. “With a major change to a single-motor solution, we had plenty to do in the off-season. We’ll use everything we learned from season five to improve our package, with an even greater emphasis on battery and energy management.”

The 2019/20 Formula E season will see a total of 14 races being held across 12 cities, with Seoul, Jakarta, and a new London circuit joining the calendar as new venues. This season will also see Mercedes and Porsche join the fray to compete against series regulars like BMW, Jaguar, Mahindra Racing and Nissan.