First half of the Dakar 2021 Marathon Stage saw Harith Noah secure his best result yet, while Rodrigues finished in the top 10 for Hero MotoSports once again. 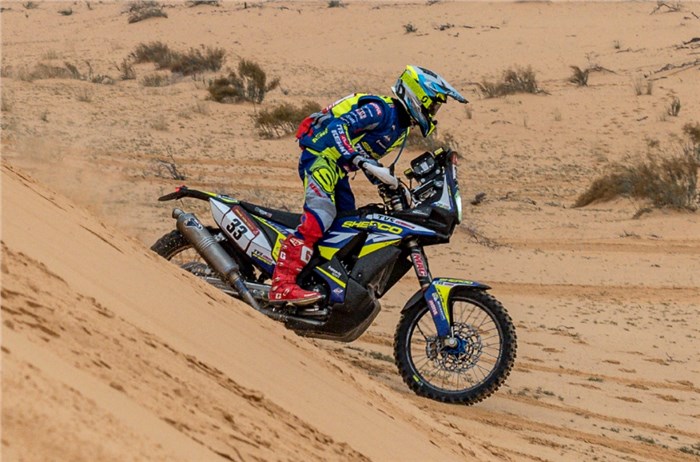 Harith Noah is up to 33rd overall. 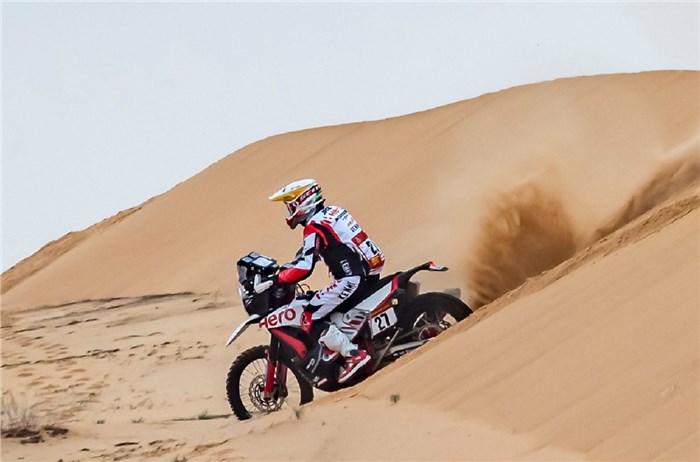 Rodrigues delivered yet another strong performance, securing his third top 10 finish for the team. But it wasn’t all smooth sailing for him; the Portuguese rider lost some time in the beginning, admitting that he “wasn’t feeling very well in the morning and couldn’t find my flow initially”.

But he did eventually manage to find his rhythm and registered a 9th place stage finish, just 5mins 55sec behind stage winner, Ricky Brabec. This sees him gain a place in the general classification, and he’s now 16th overall.

Sebastian Buhler held on to his overall position of 21st place after another controlled performance. “First part of the Marathon today was a tricky stage with a lot of rocks so we had to be careful to keep the bike and tires safe. Overall, it was a positive stage for me and I am happy to arrive at the Marathon bivouac with everything in a good condition,” he said.

Indian rider Harith Noah has been on an understated charge of sorts following his high speed crash in Stage 4 that left him with some minor injuries on his left leg. New Dakar 2021 rules mandate only six rear tyre changes for the entire rally for bike competitors, so Noah’s goal for this stage was to safely complete it without any major mistakes.

“Rode easy until about halfway through the stage as the terrain wasn't in my comfort zone. The goal was to keep the bike fresh and get through Marathon,” he said.

Nevertheless, he managed to secure his best result so far in this year’s Dakar Rally, completing Stage 7 in 25th place. As a result, he’s gained two places in the overall order and now stands 33rd.