Raorane’s tests have come back clear. Meanwhile, Hero MotoSports now has both its riders in the top 20. 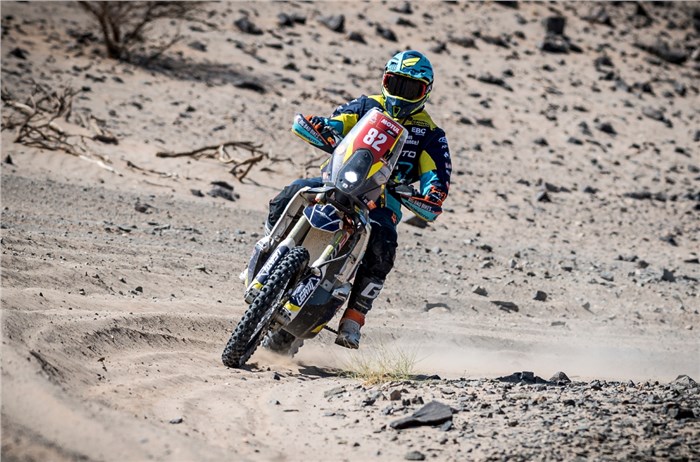 Ashish Raorane crashed out on Stage 5. 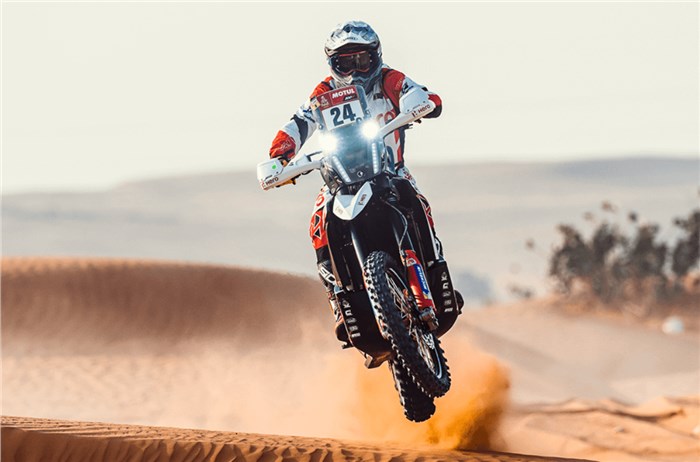 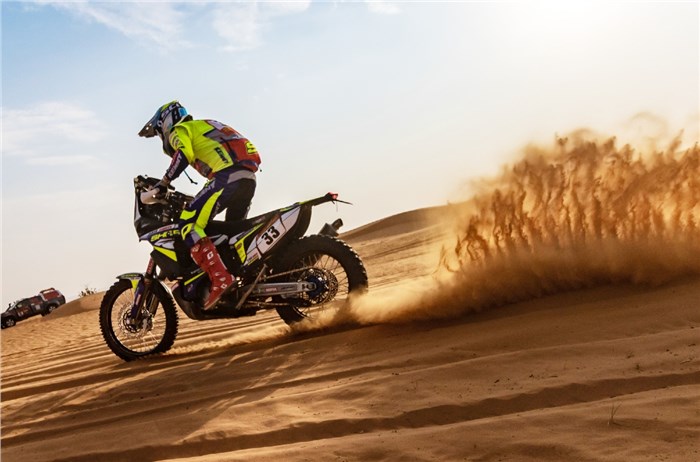 Indian rally raid racer Ashish Raorane’s Dakar 2021 journey came to a premature end after he crashed on the arduous Stage 5. His latest tests and scans have come back clear and he is currently under observation for 24-48 hours in the ICU to help him on his road to recovery.

Meanwhile, Hero MotoSports’ two riders and Harith Noah safely made it through the stage.

Ashish Raorane crashes out of Dakar 2021

Heading into Stage 5, Raorane had made steady progress and was up to 80th place overall. But Stage 5 was touted to be one of the most difficult stages of this year’s rally, containing sections of valleys, wadis, dunes and even rocky terrain.

Raorane was thrown off his bike after crashing in the dunes, suffering an impact to his head as a result. Determined to make it to the end, he decided to continue and attempted to make it through the last section. He had just one waypoint to go when he developed a progressively worsening headache with ringing in his ears.

After a few trucks swiftly passed him, he decided to request for medical help to avoid being a risk to not just himself, but other competitors as well. He was immediately tended to and transported via ambulance to the nearest hospital. His tests and CT scans came back clear and he is currently in a hospital in Ha'il, where he will be under observation for 24-48 hours in the ICU to relieve him of the pain and help him on his road to full recovery.

Raorane is the first Indian to tackle the Dakar Rally in the unassisted Malle Moto (Original by Motul) category. The category throws up an added challenge in the already grueling Dakar - riders don’t just have to develop their racing speed, skill, endurance and navigation ability, they also need to be thoroughly familiar with their vehicles since they have to carry out all the maintenance work themselves.

Both Hero MotoSports riders in top 20

After CS Santosh’s crash, Hero MotoSports has two riders – Joaquim Rodrigues and Sebastian Buhler – in the running, and both of them safely made it through Stage 5.

This time around, it was Sebastian Buhler who led the charge for the team, finishing the stage in 20th place to climb to 20th in the overall classification as well. Rodrigues had a minor crash in one of the river beds, but he was able to fix his Hero 450 Rally bike and get going again. A 22nd place stage result leaves him 19th overall.

There was further good news, with Hero MotoSports also issuing an update on CS Santosh’s condition. His latest scans show that he should make a full recovery and he has no major physical injuries aside from a dislocated right shoulder and some head trauma.

“The medical team attending to him have decided that the best approach to manage the injury is to reduce the body functions to a minimum and keep him in a sedated condition or an artificial coma. He is receiving the best possible medical care and will continue to be under constant observation for the next few days,” the statement added.

Harith Noah is now the only Indian rider yet running in Dakar 2021 following CS Santosh and Ashish Raorane’s crashes. The TVS factory rider, who is competing with the Sherco Rally Factory Team, endured a difficult time.

He got lost in the beginning, and following his high speed crash in the previous stage, he decided to mainly focus on navigation and rode in the safe zone for a fair bit of the stage. To make matters worse, he lost further time after suffering an electrical issue about 25km from the finish line.

As a result, he could only manage a 41st place stage result and is now 39th in the overall ranking.