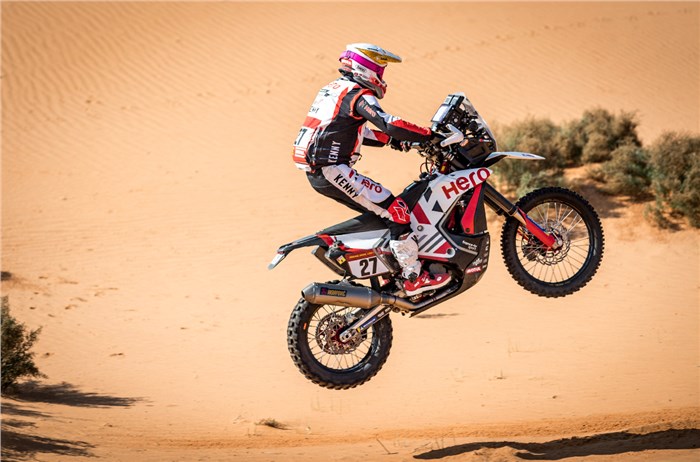 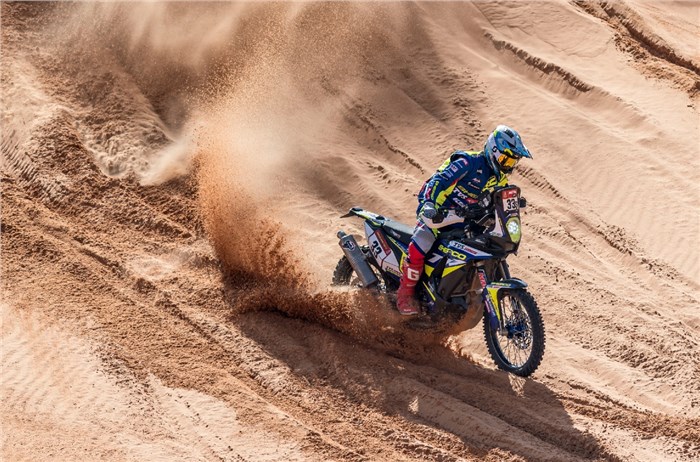 Harith Noah is up to 35th place overall.

We’ve reached the half-way point of the 2021 Dakar Rally, and Joaquim Rodrigues has handed Hero MotoSports its second top 10 result after a spirited performance in Stage 6. Harith Noah also soldiered on through the physically demanding stage, as he recovers from his Stage 4 crash.

Stage 6 was shortened by 100km due to the difficulties encountered by the competitors in finishing the previous stage. However, participants yet had to tackle sand and dunes, making it especially physically taxing.

After a tough outing in the previous stage, Joaquim Rodrigues struck form once again and secured his second top 10 result for Hero MotoSports in Dakar 2021, with an 8th place result. This pushes him up to 17th in the overall standings.

“It was a difficult stage today. It was all sand and dunes, so physically it was very demanding, and yet I was able to put in a good run and bring my Hero bike to the finish line,” said Rodrigues.

“It feels so good to finish the first week and I am looking forward to the rest day tomorrow,” he added.

Sebastian Buhler admitted that the stage was “very tough on the body”. He finished just shy of the top 20, and is currently 21st overall.

Harith Noah equaled his best stage result of Dakar 2021, completing Stage 6 in 27th place. The factory TVS rider continues recovering from his high speed crash in Stage 4, in which we he suffered some muscle tears in his left leg.

As a result, he decided to take a more cautious approach in this stage, riding most of it with others. “I was starting to really feel it towards the end. Rode almost the entire stage with others. Took it nice and easy so as to not strain my left leg, which is still recovering from a few muscle tears. Got a little confused at the section where the track was modified and lost a little time,” said Noah, who has gained four places in the overall ranking, and now stands 35th.

Competitors will now enjoy a well-deserved rest day before Dakar 2021 resumes with Stage 7 on January 10.