Williams is considering selling a minority or majority stake to secure the team’s future in F1 after reporting a £13 million loss for 2019. 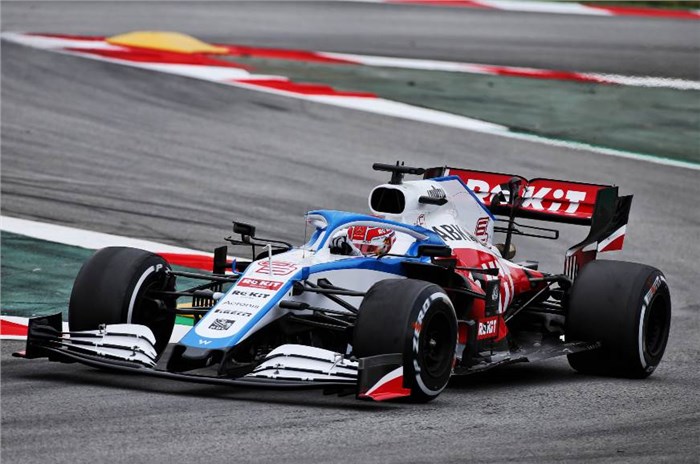 The Williams F1 team has revealed that it has commenced a “formal sale process” after the company reported a loss of GBP 13 million (Rs Rs 121 crore) last year. While no decision has been made as yet, Williams is considering selling a minority or majority stake in the team.

Is this end of the road for Williams in F1?

A statement released by Williams says it is examining a number of options to secure the team’s future. “As part of this new strategic direction, the WGPH [Williams Grand Prix Holdings] board is undertaking a review of all the various strategic options available to the Company,” read the statement.

The team added that it has not received any approaches at the time of the announcement, but it is “in preliminary discussions with a small number of parties regarding a potential investment in the company”.

Additionally, Williams revealed that it has decided to terminate its contract with title sponsor Rokit and major sponsor Rok Drinks, effective immediately.

The iconic British F1 team has been a standard fixture in the series since the 1970s. It scored a total of nine championship wins in the 1980s and 1990s, with the likes of racing legends Alain Prost, Nelson Piquet and Nigel Mansell.

However, it’s had to endure a tough few years recently. Finishing last in the constructors’ championship for the previous two seasons means that the team’s commercial revenue has already taken a big hit. Further exacerbating the situation is the fact that delays to the 2020 season as a result of the COVID-19 pandemic have only increased the financial burden on all the teams.

But there is some hope for the team. With the new cost cap being introduced next year, all the teams will have to limit their expenditure to USD 145 million (Rs 1,099 crore) for 2021, and this should make investing in the team a more attractive proposition.

Nevertheless, the team has reiterated that it is ready to go racing in 2020. “While the Company has faced a number of challenges, Williams currently remains funded and ready to resume racing when the calendar allows in 2020. The WGPH board believes that the strategic review and formal sale process is the right and prudent thing to do in order to take time to consider a full range of options and put the Formula 1 team in the best possible position for the future.”