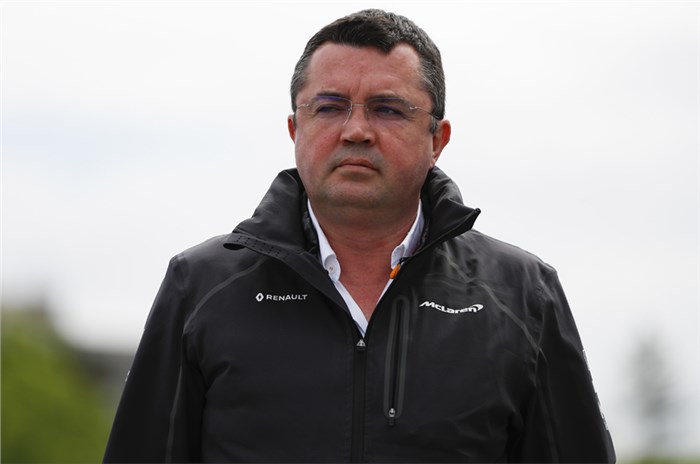 Eric Boullier has resigned from his role as the racing director of the McLaren Formula 1 team, ahead of 2018 British GP, which begins this weekend. The announcement comes amidst an overall restructuring of the team’s management.

Boullier moved to McLaren from Lotus in early 2014 and was tasked with leading the team back to race-winning form. However, in his time with McLaren, he oversaw just one podium – in the opening race of the 2014 season – as the team went on to suffer three disappointing seasons with Honda.

“I am very proud to have worked with such a brilliant team over the past four years, but I recognise now is the right time for me to step down. I want to wish everyone at McLaren the best for the remainder of the season and for the future,” said Boullier.

Despite switching to Renault power this season, McLaren’s race performance hasn’t been particularly impressive. The team is currently sixth in the constructors’ standing with a total of 44 points – over 200 points adrift of current constructors’ championship leader, Ferrari. In a statement released by the team, McLaren F1’s CEO Zak Brown has attributed the team’s lacklustre performance to systematic and structural causes, “which require major change from within”.

“With today’s announcement, we start to address those issues head on and take the first step on our road to recovery,” Brown went on to say.