With the WEC’s new hypercar concept regulations confirmed, Aston Martin will be fielding a race-prepared version of the Valkyrie for the 2020/21 season. 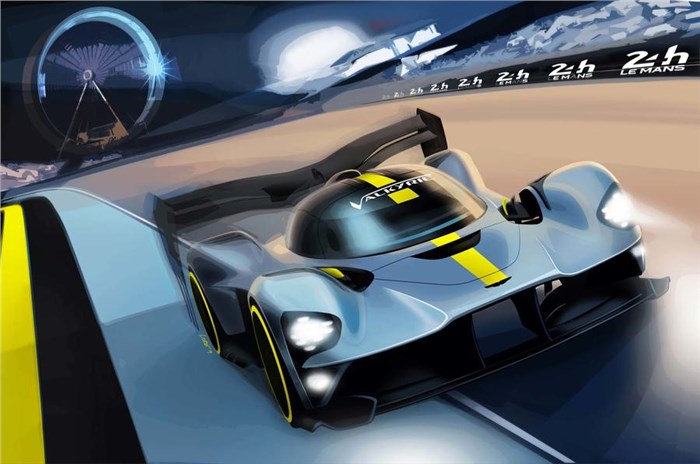 Aston Martin announced it will enter at least two specially developed Valkyrie race cars in the 2020/21 season of the World Endurance Championship, including the 2021 24 Hours of Le Mans. A statement released by the carmaker also confirms that it has committed to a multi-year programme with the series.

New rules put in place by Automobile Club de l’Ouest (ACO), Le Mans’ governing body, effectively replaces the top-rung LMP1 category – a field in which Toyota’s Gazoo Racing team has been the only factory-backed team since the departures of Porsche and Audi - with a new ‘hypercar’ class. The new regulations allow the bodywork of competing cars to take more obvious brand design cues, meaning they will more closely resemble their production counterparts. Active aerodynamics will also be permitted  because such technology has become more relevant to road-going vehicles.

Aston Martin, along with McLaren and Ferrari, had been campaigning for race-prepared versions of road-going hypercars to be allowed to participate in the series, with the vision that such a category would make it more affordable for manufacturers to partake and thus encourage more works teams.

The Valkyrie, a collaboration between Aston Martin and Red Bull Advanced Technologies, produces a combined 1176hp and 740Nm from a Cosworth-developed 6.5-litre V12 and a 162hp electric motor from Croatian EV manufacturer Rimac.

Technical details of the racing Valkyrie are scarce, but Aston Martin has confirmed that it will receive a track-prepped variant of the high-revving V12 and retain its distinctive carbon-fibre bodywork. The FIA has implemented a 980kg limit on cars in the new hypercar class – just below the Valkyrie’s estimated one-tonne kerb weight.

The announcement comes on the eve of the 60th anniversary of Aston Martin’s DBR1/300 racer taking first and second place in the 1959 24 Hours of Le Mans, while the 2021 event will take place on the centenary of the British brand's first Le Mans entry.

Aston Martin CEO Andy Palmer said: “We have always said that we would one day bring Aston Martin back to Le Mans with the intention of going for the outright win when the time was right. Now is that time.”

It remains to be seen which manufacturers will challenge Aston Martin for victory in the hypercar division, but the McLaren Speedtail and the recently-revealed Ferrari SF90 Stradale seem obvious candidates for homologation.