Ashish Raorane on tackling Dakar as a privateer and more

What is rallying like as a privateer and how can you start off? Ashish Raorane discusses that, taking on the Dakar Rally once again, sponsorships and more 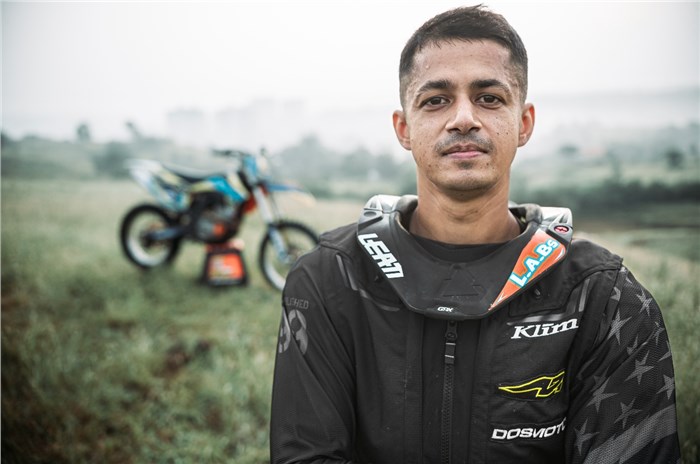 The Dakar Rally is one of the most unpredictable and dangerous races in the world – you’ve probably already heard this a few times. Now imagine tackling that completely alone, without any support crew or factory backing.

That’s exactly what Ashish Raorane pulled off earlier this year when he became the first Indian privateer to compete in the Dakar Rally. And he’s all set to take on the challenge once again in 2022.

Before we get to Raorane’s Dakar journey, let’s take a look at his equally intriguing journey to the Dakar. The Indian has of late maintained a regular presence in several high-profile events, so it’s easy to forget that he started rallying professionally only six years ago.

He’d harboured a lifelong passion for riding and set out on a journey to see if he could turn that passion into a sustainable career in motorsport, all on his own at the age of 35. The 2015 Indian National Rally Championship’s round in Nashik was his maiden outing and he secured a podium finish straight off the bat. He followed that up with outings in the Raid de Himalaya, Desert Storm and even international events like the Panafrica Rally and Africa Eco race. But all along, he had his eyes set on the seemingly elusive Dakar.

His persistence and hard work – that too in the wake of the pandemic – paid off, and he secured an entry for the 2021 edition, racing in the Malle Moto (Original by Motul) category. This means that he had to brave the harsh conditions of the Saudi Arabian desert completely unassisted, carrying out all the maintenance and repair work on his bike himself.

His marine engineering background helped him get to grips to a certain extent, but nothing can prepare you for the real deal. “Unless you go there, you don’t realise the nature of the Dakar,” Raorane says.

His 2021 Dakar outing ended up being a display of pure grit. Despite crashing out on Stage 5 and suffering some head trauma, he decided to fix his damaged bike to the best of his abilities and returned to complete the rally under the Dakar Experience category.

Dakar once again next year, this time with some key learnings from his maiden experience. “I think recovery is one of the key things that I would focus on, how I could recover better given that with Malle Moto you also have that much lesser time,” he explains, asserting that he knows exactly which areas he needs to address.

“You need to be a little bit more disciplined in taking care of your body first because one thing that I realised is the machine can take a lot more than the man can. The rally bikes are built strong; so if there’s a choice between spending 20 minutes more on the motorcycle against 20 minutes of the man recovering or getting the right nutrition, then I think the latter part needs more focus because the stacking effect in the Dakar is just incredible.”

Attempting to offer some perspective on how challenging it is to race completely unassisted, Raorane says: “If people go riding 400-500km in a day on the road and then sleep for 6-7 hours at best and then start riding again and try to do that for two weeks, I think they would probably get to 20-30 percent of what we go through.”

There’s an added challenge that he will have to face, since the 2022 route features sand and dunes more heavily than ever before. With the landscape in India being predominantly hard-pack, a lot of rally racers from here face a steep learning curve when it comes to riding on sand – “It’s going to be very different from what we went through this year.”

“We are at kind of a disadvantage when it comes to training. We have some dunes, but it’s not really the dunes we face out in Saudi or even in Dubai,” Raorane continues, adding that he’ll be adjusting his training accordingly.

He’s planning to use the same KTM 450 Rally Replica once again. But after cutting it extremely close in sorting out all the necessary paperwork and permissions to transport the bike this year, he’s keeping open the possibility of preparing the bike himself.

As for his goals for his second Dakar outing, he speaks from experience: “The goal is still as always – a clean finish without crashes. If you focus on that simple thing, the rest of the things always fall in place. If you start focusing on the results too early, your mind starts going elsewhere and then you start making mistakes.” 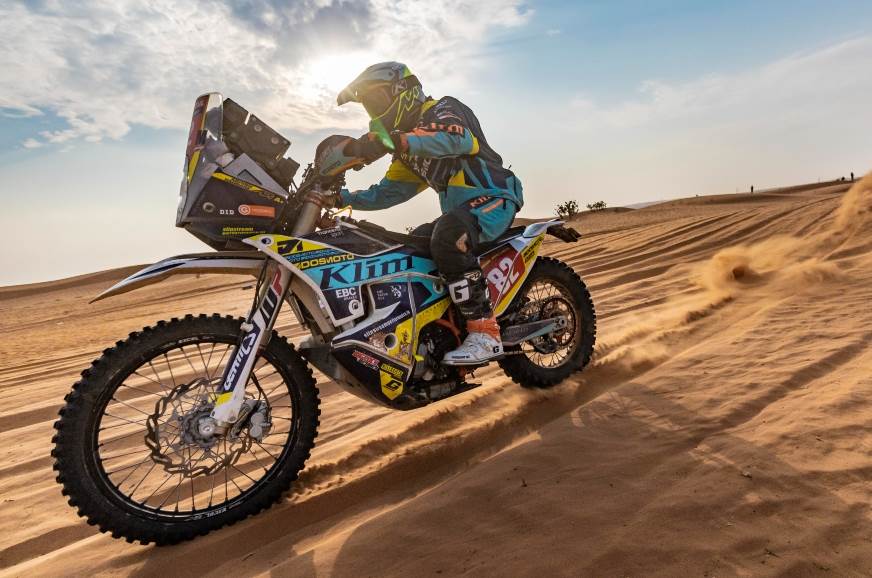 In a sport as intense as rallying, you can’t be caught slacking and Raorane was back training both, on and off the bike immediately after Dakar 2021. Unfortunately, he injured his knee while training back in April and as a result hasn’t been able to pursue any endurance training.

To avoid aggravating the injury any further, he’s been focusing on his daily rehab exercises and is hoping to get back to normal training by September. But he isn’t letting this dampen his spirits; after all, he’s overcome odds before. Last year, he fractured his ankle and then contracted dengue, just before competing in the Africa Eco rally, only to put up a spirited display at the event.

Racing is expensive; Raorane reveals that his Dakar outing added up to Rs 47.88 lakh (covering entry fees, the bike, spare parts, etc.), while ancillary costs for training, nutrition, etc., added a further Rs 25 lakh – “and that’s on the conservative side!” he quips.

Competing as a privateer means you have to think all the more about how you’re going to finance everything. And this is exactly why Raorane juggles the dual roles of Marine Engineer and rally racer. But this also means that he doesn’t get as much seat time as many of his fellow athletes.

“If I can’t control the outcome then there’s no point worrying about it,” Raorane says. “So, when I’m home, I put in as many hours as I can on the motorcycle and when I’m here [at sea] I focus on most of the endurance training that is required in the gym”.

Having competed in some of the world’s toughest rallies all by himself, Raorane now wants to take his experience and educate budding racers in India. When asked about what advice he’d give to those looking to follow in his footsteps, he says, “My first advice to privateers is always to get a job.”

“Right now, as a privateer, I think first you really need to think about the financial side of it and then you need to make a long-term plan. It’s important to stay consistent because when you approach sponsors, brands want to see that you deliver on what you promise,”

“I’m sure that if you do these right things, the brands take notice and the right people will invest in you.”

Raorane admits that sponsors are the pillars of motorsport and that’s always been a challenge here in India. But he believes things are changing for the better – “With [CS] Santosh doing so many Dakars and more people coming in, there’s a lot of awareness.”

“So rather than people just getting factory support or privateers like me getting brand sponsorships, the bigger focus should be actually having an ecosystem where the brands feel comfortable and they see value in doing it year after year.”

“I hope there’ll be more privateers racing. Even if it’s not the Dakar, even if privateers start racing small international rallies like Bajas, which are not that expensive. The more the privateers go out and race, that also gathers interest from the industry and then we can hopefully build that ecosystem in India.”

At 39 years old, Raorane is living proof that it’s never too late to reinvent yourself. But the journey to Dakar is just as gruelling as the event itself. So why do racers keep going back? “Dakar is an event, but to me actually this is how I’ve always been,” explains Raorane.

“To get there [the Dakar] and the event itself presents you that opportunity to say ‘okay, you talk about never giving up; here – for 14 days we’ll serve you that every day on a plate’ and you can test yourself.”

“When I have challenges at work, the attitude is always what can I do to solve it, not look at an excuse. Rally racing has a very big life lesson and I think that is also what attracts me to it because I like that challenge.”

“I would just like to put out a small thank you to everyone who has supported me at the last Dakar and everyone who is supporting me for the next one,” he adds as a closing remark.

It’s important to have that support and also keep it sustainable because it’s not that I just want to do this one or two times, I would like to be there several times and do better every year.”