Raorane will participate in the Malle Moto category of the 2021 Dakar Rally as a privateer, riding a KTM 450 Rally Replica. 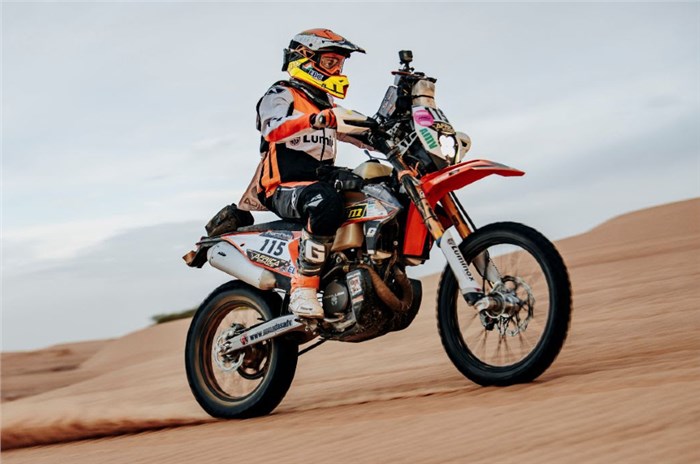 Indian rally raid racer Ashish Raorane will be achieving his long-held goal of participating in the Dakar Rally, with the event’s committee accepting his entry proposal last week. Raorane happens to be the only Indian rally racer to compete internationally as a privateer, and his recent outings in the 2019 Baja World Championship and 2020 Africa Eco Race helped him meet the performance pre-requisites to compete in next year’s Dakar Rally.

What Dakar 2021 category will Raorane compete in?

Raorane will participate in the Malle Moto category for motorcycle and quad competitors. The category requires the rider to race completely unassisted. So, competitors will have to carry all the spare parts, tools and accessories required for the rally in their trunks and will have to carry out all maintenance work on their vehicles themselves.

The Dakar organisation will play the role of an assistance team for the riders in this category, by transporting one trunk, one set of wheels, one sleeping tent, a travel bag and one set of tyres for each competitor.

Organisers of the iconic rally recently confirmed that the 2021 edition will once again run entirely in Saudi Arabia but will follow an entirely different route compared to this year. This year’s Dakar Rally unfortunately saw two riders – Paulo Gonçalves and Edwin Straver – tragically lose their lives. With that in mind, the event has introduced a set of new rules to ensure the safety of competitors. These include mandatory airbag vests, digital roadbooks that give aural warnings and a speed limit of 90kph in slow zones.

What bike will Raorane race?

In the past, Raorane has usually rented bikes from race teams for his international outings. However, he believes the same model wouldn’t work for Dakar, and so he decided to invest in a KTM 450 Rally Replica. 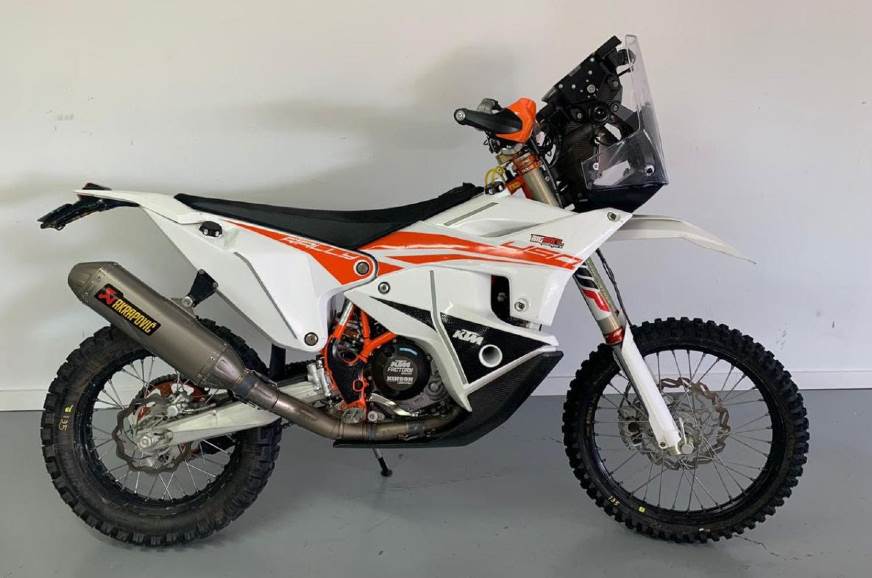 “We decided to invest in a rally bike for Dakar, and the KTM Rally Replica was a natural choice,” said Raorane, who happens to be a marine engineer by profession.

“The bike’s been sitting in Spain since May, but with worldwide lockdowns and me being stuck at sea, I haven’t got a chance to ride it yet.”

Preparing for the 2021 Dakar Rally

The Malle Moto category throws up an added challenge – riders don’t just have to develop their racing speed, skill, endurance and navigation ability, they also need to be thoroughly familiar with their vehicles since they have to carry out all the maintenance work themselves.

So far, we’ve seen three Indian racers – CS Santosh, Aravind KP and Harith Noah – take on the Dakar Rally. Out of them, CS Santosh is the only one to have entered the event as a privateer in his first outing in 2015. So, without any factory backing, Raorane is going to have his work cut out.

"I’m looking forward to getting back out there training, not just on my riding and navigation, but also the technical skills that’ll be required for the Malle Moto. Dakar 2021 promises to be extra tough, let’s hope we get back to doing what we love soon,” Raorane added.

His last competitive outing was at the 2020 Africa Eco Race, which he successfully competed in 57th place. He was supposed to compete in the 2020 Merzouga Rally, but the event was cancelled due to COVID-19; so, the Rallye du Maroc in October will be his final competitive outing of 2020, before the 2021 Dakar Rally in January.