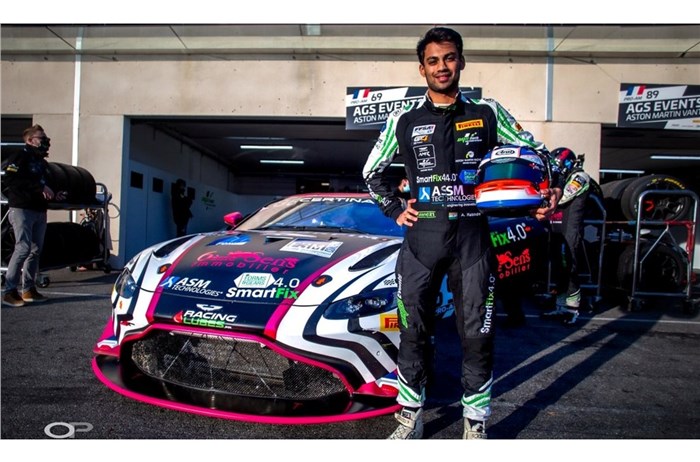 Indian sportscar racer Akhil Rabindra is all set to return to the GT4 European Series this year, racing for the AGS Events Racing team. He had previously competed in the championship from 2018-2019 before switching to the French GT4 Championship last year.

Rabindra, who is part of the Aston Martin Racing Driver Academy, will partner Hugo Conde at AGS Events Racing. He already has some experience working with the team, since he raced for them last year in the French GT4 Championship. The team happens to be reigning Silver, Pro-AM and team champions in the series.

Rabindra will be the only Indian driver on the grid this year, and he’ll be racing an Aston Martin Racing V8 Vantage GT4. “I am really looking forward to getting back on the racetrack with AGS Events Racing Team and am excited about the upcoming European GT4 Championship. AGS have had a great GT racing record over the years and I am determined to help them better it even more,” said the 24-year-old.

The European GT4 Series is a sportscar racing championship. The GT4 cars here are mostly what can be referred to as track day cars, which are factory-built race cars available to the public. However, custom-built cars, based on production models, can also be built by teams.

All cars are test driven by the FIA and then modified so that they all have near-identical performance levels. Once a car has been approved by the FIA, it cannot be modified by the teams, eliminating continual development costs for constructors.

This year’s edition will kick off on April 16-18 at Italy’s Monza circuit. This will be followed by rounds in France, Netherlands, Belgium, Germany and Spain. Around 30 cars and 10 constructors will be competing this season.