The GT3-spec Mercedes-AMG GTR that Maini will drive will also carry colours of the Indian flag. 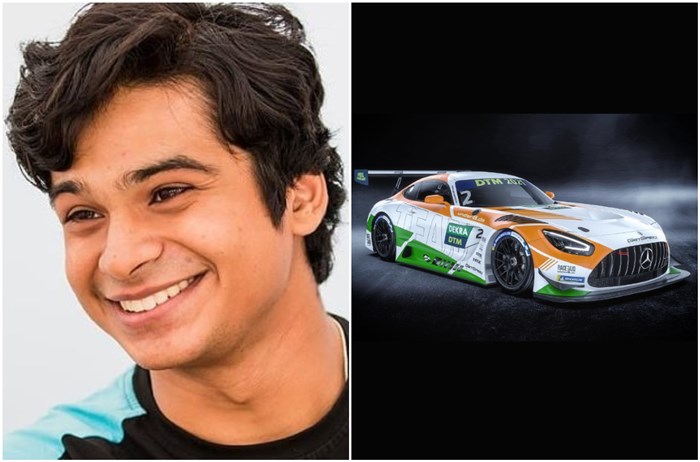 Arjun Maini will be joining the DTM (Deutsche Tourenwagen Masters), competing in a full season of the German touring car series with Mercedes-AMG affiliated team GetSpeed Performance. As part of the new collaboration, the Mercedes-AMG GT3 that Maini will be driving will also sport colours of the Indian flag.

Maini will be the first Indian driver to race in the DTM since the series’ inception in 1984. While he has significant single seater and sportscar racing experience, this will be his first season racing GT3 cars.

“I’m really excited for this new chapter in my career, to be racing in the DTM as a Mercedes-AMG driver with the GetSpeed Performance Team,” said Maini.

“As always, a very proud moment for me to be the first Indian to be racing in the DTM championship and I think together with the team, hopefully we can push to get some really good results. I would just like to say thanks to everyone for their continuous support and it really means a lot to me. For now, just can’t wait to get the season started.”

The 2021 DTM kicks off on June 18, with eight rounds and 16 races scheduled across prominent European racetracks like the Nurburgring, Monza, Assen, Hockenheimring and more. GetSpeed is the fourth Mercedes team to join the DTM, in what is the series’ first season under GT3 regulations.

Commenting on the news, Martin Schwenk, MD and CEO of Mercedes-Benz India said, ““It’s a moment of immense pride and excitement for us at Mercedes-Benz India, that Arjun Maini is participating in the upcoming 2021 DTM season, driving the thrilling Mercedes-AMG GT3 for Mercedes-AMG Performance Team GetSpeed. He will be the first Indian to compete in the DTM and it is highly satisfying to see Indian racers making their impressive mark by competing against the very best of motorsports talents across the world. At the highest levels of internationally acclaimed motorsports events like the DTM, this accomplishment by Arjun is indeed inspiring for aspiring and budding motorsports talents in the country.”

Despite being just 23 years old, Maini has had quite a diverse racing career. After competing in Formula 2 and even serving as the Haas F1 team’s development driver, he made the switch to sportscar racing in 2019, competing in the full season of the 2019 European Le Mans Series. He was even running in the LMP2 top 15 at the 24 Hours of Le Mans that year when a mechanical issue forced his squad to retire just four hours from the finish.

He was supposed to compete in a full season of the 2020 European Le Mans Series with Algarve Pro Racing. But the pandemic threw a spanner in the works and he had to settle for two outings in Monza and Portimao instead. He put his extensive LMP2 experience to good use, competing in the Asian Le Mans series for Racing Team India, along with Narain Karthikeyan and Naveen Rao. They completed the season in 5th place, and have secured provisional entry for the iconic 24 Hours of Le Mans later this year. They’ll be the first all-Indian team to race in the fabled endurance racing event.

Dreaming of Le Mans: In conversation with Racing Team India