The #8 Toyota inherited the lead after the sister #7 car ran into problems in the final hour of the 24 Hours of Le Mans. 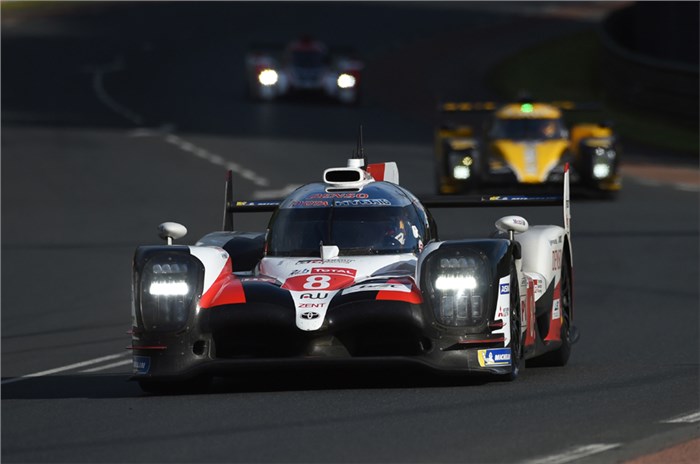 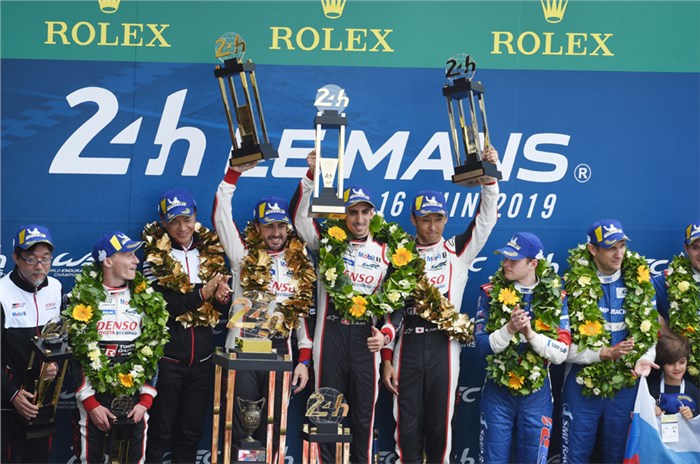 Toyota Gazoo Racing’s Fernando Alonso, Sebastien Buemi and Kazuki Nakajima – driving the #8 TS050 Hybrid – took a surprise win at the 24 Hours of Le Mans after the sister #7 Toyota car suffered a puncture in the final hour of the endurance race. The result sees Alonso, Buemi and Nakajima secure the World Endurance Drivers’ Championship, adding to the Manufacturers’ Championship title that Toyota had won at Spa.

The #7 TS050 Hybrid – driven by Mike Conway, Kamui Kobayashi and Jose Maria Lopez had held a strong lead for majority of the race after starting from pole position. However, with just an hour to go, the car slowed down with Jose Maria Lopez behind the wheel, after already pitting for a suspected puncture. Toyota later confirmed that while the car’s tyre pressure sensors indicated a front-right puncture, it was actually the right-rear tyre that suffered a puncture. As a result, Lopez had to head to the pits once again, handing the lead to the #8 car driven by Nakajima.

Nakajima held on to that lead to cross the chequered flag 16.972 seconds ahead of Lopez. Vitaly Petrov, Mikhail Aleshin and Le Mans debutant Stoffel Vandoorne took 3rd place in the SMP Racing No. 11 car, a distant 6 laps behind the Toyotas.

Indian racer Arjun Maini was also contesting his first 24 Hours of Le Mans, racing the #43 Oreca 07-Gibson for British team RLR MSport alongside Norman Nato and John Farano. Unfortunately, the car was running in the top 15 when it retired due to a mechanical issue, just over four hours from the finish.