Hamilton pulled off a late-race move on Verstappen to win the Spanish GP, aided by Mercedes’ smart strategy. 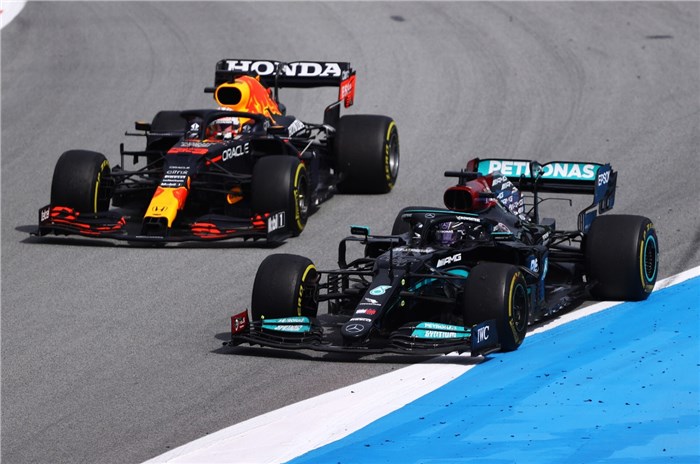 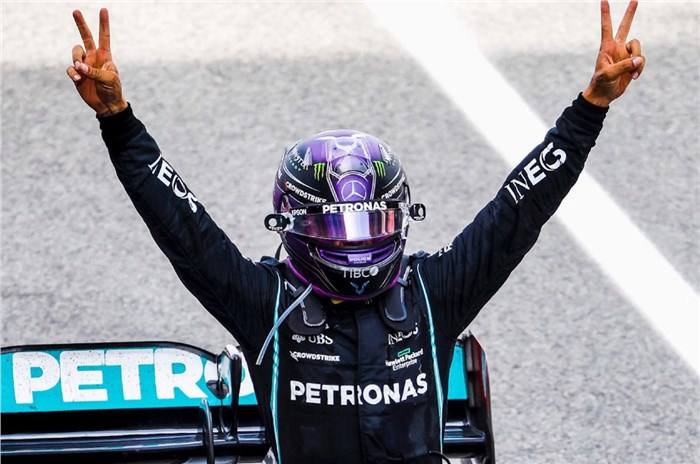 Lewis Hamilton defeated Max Verstappen to win the 2021 Spanish GP as well-calculated strategy from Mercedes allowed the seven-time world champion to pull off a late-race move on his Red Bull Racing rival. This is Hamilton’s third win out of four races, and his 98th career victory.

Hamilton continues to rack up records and by taking pole position for the Spanish GP, he became the first-ever driver in F1 history to reach the magic number of 100 pole positions. But he was actually on the back foot for majority of the race as Verstappen made a better getaway to snatch the lead into Turn 1.

The Red Bull Racing driver led majority of the race from there on, having taken his first and only pit stop on lap 24/66. But Mercedes decided to flip the script by switching Hamilton to a two-stop strategy – a move that appeared to catch Red Bull off guard as they kept Verstappen out. Not covering that pit stop may as well have cost Verstappen victory.

Hamilton was left with the task of closing a 22 sec gap in around 24 laps and he used his superior pace on the fresh tyres to do just that. He did briefly lose some time trying to pass his teammate Valtteri Bottas, who was given team orders to not hold up Hamilton. But he caught up to and passed Verstappen into Turn 1, with six laps to go. The closing stages of the race were reminiscent of the 2019 Hungarian GP, where Hamilton ultimately gained the upper hand over Verstappen due to a two-stop strategy.

“It had been the plan all weekend for us to make sure we had two mediums to be able to do a two-stop. Even though a one-stop potentially looked better, I know from experience here that a one-stop is very, very hard to pull off,” said Hamilton.

"I was really conflicted, like, do I come in or do ignore the call and stay out? The team asked and naturally that’s because there’s a great trust between us, but it’s a remarkable job by everyone in this team, through and through. What a day!”

Having been passed by Hamilton, Red Bull pitted Verstappen for fresh soft tyres to bag an additional point for setting the fasted lap. Bottas had never really been in the fight for the win and crossed the line a distant 3rd. But the Spanish GP did offer a glimpse at perhaps a more defiant Bottas, one who isn’t willing to give up track position just as easily.

Ferrari’s Charles Leclerc crossed the line in 4th place, followed by Sergio Perez in the second Red Bull Racing car. The Mexican did well to climb from 8th to 5th, but he finished nearly 48 seconds behind his teammate. Daniel Ricciardo defeated his McLaren teammate for the first time this year, with a 6th place finish, ahead of Carlos Sainz, Lando Norris and Esteban Ocon. AlphaTauri’s Pierre Gasly – who had to serve a five-second penalty for being out of position at the start - pulled off a late move on Aston Martin’s Lance Stroll to finish 10th and score the final point.

Hamilton now moves 14 points clear of Verstappen in the drivers’ championship, thanks to his Spanish GP win. The battle between the two will now move to Monaco, as F1 returns to the venue for the first time in two years on May 20-23.