Driving the rally-spec Mahindra XUV300, Gill wins Round 1 of the Indian National Rally Championship by a comfortable margin. 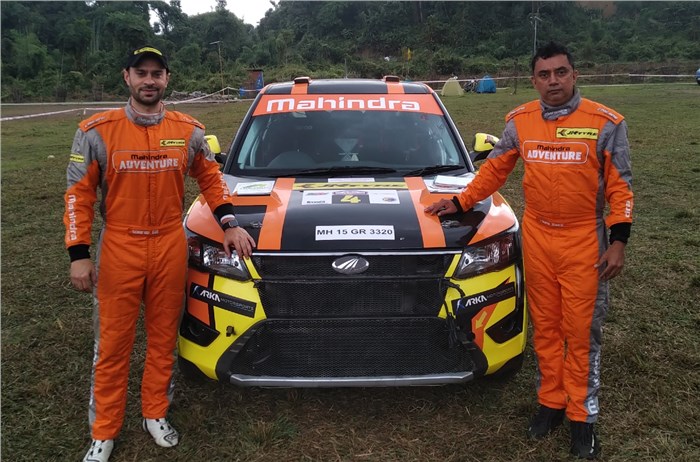 Rally ace Gaurav Gill stamped his authority in the 2020 Indian National Rally Championship (INRC) from the get go, winning the opening round (Rally of Arunachal) by a comfortable margin. Read on to catch up on all the action from Round 1 of the INRC.

With Mahindra Adventure opting out of the 2020 INRC, Gill and his Mahindra teammate Amittrajit Ghosh are competing in this year’s edition with JK Tyre. Mahindra has, however, provided both drivers the rally-spec XUV300.

As anticipated, it was the tyre manufacturers’ battle between JK Tyre and MRF Tyre that took centre stage. Gill opened up a hefty lead on the opening day itself and was already over four minutes ahead of MRF Tyres’ Karna Kadur – who is driving the R2-spec Volkswagen Polo with a new 1.0 litre TSI engine.

Even a flat tyre on the final stage couldn’t stop Gill from bagging victory. The Arjuna awardee ended up winning three out of four stages to take overall victory, 4 mins 25.7 secs ahead of Kadur. Dean Mascarenhas, driving a Polo for JK Tyre, finished third overall and even took victory in the INRC 2 category.

“Very challenging event with night stages and rain at the end of 2 days of flat out driving but we managed to win by a comfortable lead controlling the rally right from Stage 1,” said Gill.

The INRC marks Yokohama’s return to the Indian motorsport scene, but Round 1 proved to be challenging for the Japanese tyre manufacturer.

Reigning INRC champion, Chetan Shivram crashed out in the first stage itself after an engine failure. The malfunction could cost him dearly as he is likely to miss out of Round 2 as well which will be held at the same location tomorrow.

The team’s INRC2 competitor, Lokesh Gowda was also unable to complete the rally.

Pragathi Gowda, driving for the all-women Team Vasundhara, impressed on her debut INRC outing. Her overall time of 1 hour 7.53 mins saw her beat out teammate and rally veteran, Bani Yadav to win in the women’s category. The time was also good enough for her to defeat Arjun Rao and Rakshith Iyer to win in the Junior INRC category.

COVID-19-related restrictions have forced INRC to go ahead with a truncated 2020 calendar made up of five events spread out over just two months. The next round will once again take place in Itanagar, Arunachal Pradesh, kicking off tomorrow (December 19).