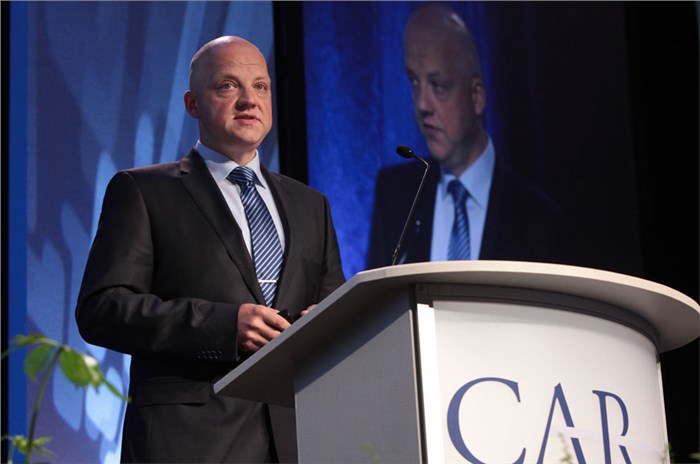 Former Volkswagen executive Oliver Schmidt has been sentenced to seven years in prison and fined $400,000 (around Rs 2.50 crore) by a US District Court for his role in the emission scandal.

Schmidt was the firm’s emissions compliance manager for the United States from 2012 until February 2015. He had returned to Germany, but was arrested at an airport in Florida in January while returning from a holiday. In August, he pleaded guilty to two charges related to the emission scandal: conspiracy to defraud the United States to commit wire fraud and to violate the Clean Air Act. A third charge, relating to wire fraud, was dropped.

Schmidt’s defense attorney had appealed for a maximum sentence of 40 months, with a $100,000 fine. But in the Eastern District of Michigan United States District Court, federal judge Sean Cox told Schmidt: “It is my opinion that you are a key conspirator in this scheme to defraud the United States. You saw this as your opportunity to shine.” Both the seven-year sentence and fine were at the top-end of sentencing guidelines.

When he entered his guilty plea, Schmidt said he learned about the ‘defeat devices’ in the summer of 2015. He stated that Volkswagen had installed these devices on diesel vehicles and allowed them to pass laboratory emissions tests; and that he had failed to disclose the existence of such devices.

Schmidt is the second Volkswagen employee to be sentenced to prison in the USA for his role in the scandal. In August, James Liang, VW’s former head of diesel competence, was sentenced to 40 months in prison and fined $200,000 (around Rs 1.30 crore).

Volkswagen AG pleaded guilty in March to three criminal charges related to the scandal, receiving a fine of $2.8bn.

VW emission scandal: five more executives charged in the US