Saikawa quits after admitting to being improperly overpaid. Current COO Yasuhiro Yamauchi to take over as acting CEO. 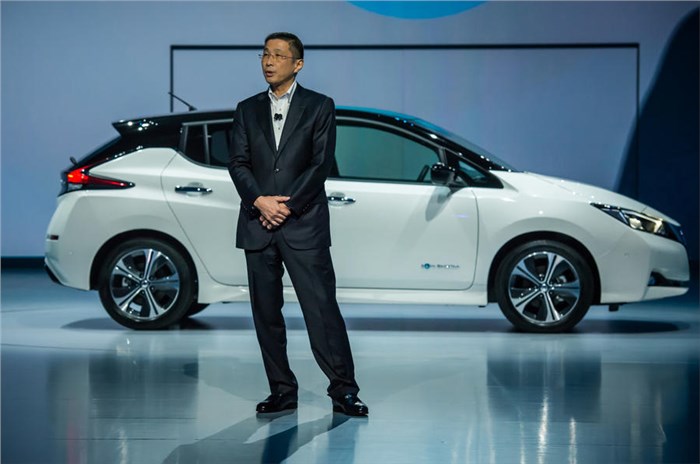 Hiroto Saikawa has resigned as CEO of Nissan with immediate effect after admitting being improperly overpaid. Saikawa had recently indicated he would quit after admitting to being overpaid, and his departure was agreed at a board meeting held recently. Current COO Yasuhiro Yamauchi will take over as acting CEO, with a new CEO expected to be appointed by the end of October.

The departure of Saikawa is another blow to Nissan following the financial misconduct that came to light, leading to the departure and the arrest of former chief Carlos Ghosn and director Greg Kelly.

Where Ghosn had pushed to fully merge the three companies involved in the Renault-Nissan-Mitsubishi Alliance, Saikawa has been pushing for Nissan to retain full independence.

The misconduct was revealed in a report from Nissan's audit committee following an internal investigation into the misconduct by Ghosn and Kelly.

Produced by Nissan and an external law firm, the report listed several specific instances of financial misconduct. While it hasn't been published in full, Nissan has released an overview of its key points. These include the fact that Saikawa had been overpaid as part of a bonus payment scheme – a charge that he recently admitted.

It states that in 2013, Saikawa made a request to Kelly to find a way to increase his pay. While Kelly didn't meet that request, he subsequently recalculated the compensation due from Saikawa’s share appreciation rights and falsified documents to give the appearance that those rights had been exercised a week after the actual date.

Also mentioned is that two former Nissan directors and four former or current executives benefitted from share overpayments due to improper handling by Kelly. However, the report suggests that only Ghosn and Kelly will be charged with misconduct, as the others were unaware of the methods employed by Kelly.

The overview of the report also includes several examples of how overpayments to Ghosn were concealed and lists several examples of his personal use of company assets. These include $27 million (£21.7m) assigned to Nissan subsidiary Zi-A Capital being spent on properties for Ghosn’s personal use in Beirut and Rio de Janeiro, more than $750,000 (£604,000) being paid to Ghosn’s sister for a fictitious consulting contract, and over $2m (£1.6m) being paid to two universities in Ghosn’s home country of Lebanon with "no legitimate business purpose".