How does the new Rapid automatic perform with the new 6-speed torque converter? We find out. 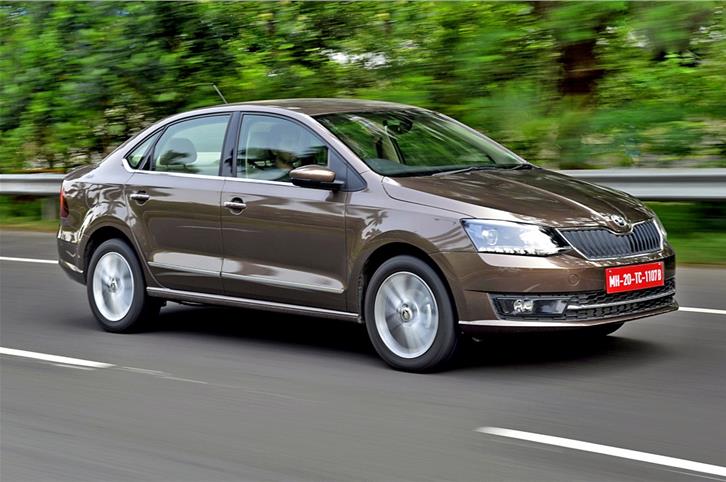 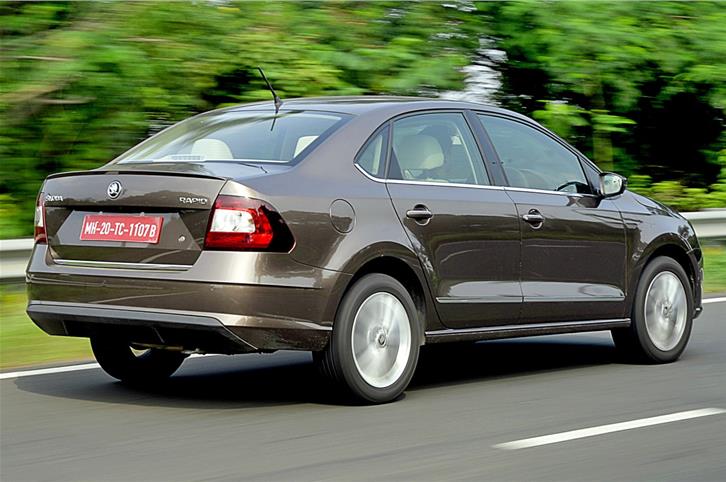 We’ve extensively reviewed the Skoda Rapid 1.0-litre TSI turbo-petrol and opine that it is a fundamentally strong proposition with a very smooth and likeable engine. Now, Skoda has introduced a new automatic transmission paired to this engine, which will be the focus of this review.

What is the Skoda Rapid TSI AT?

The variant that we’ve tested is the Style automatic which is positioned a notch below the sportier Monte Carlo version. But what the Style variant gets are several classy chrome touches all along the bodywork, and silver 16-inch alloys. In addition, it is also available in four paint shade options, including a new Toffee Brown option as seen here. On the inside too, this one gets a beige theme and a more conventional steering (not the flat-bottomed unit) but that aside, there’s not much else that’s different compared to the Monte Carlo that we’ve reviewed earlier. 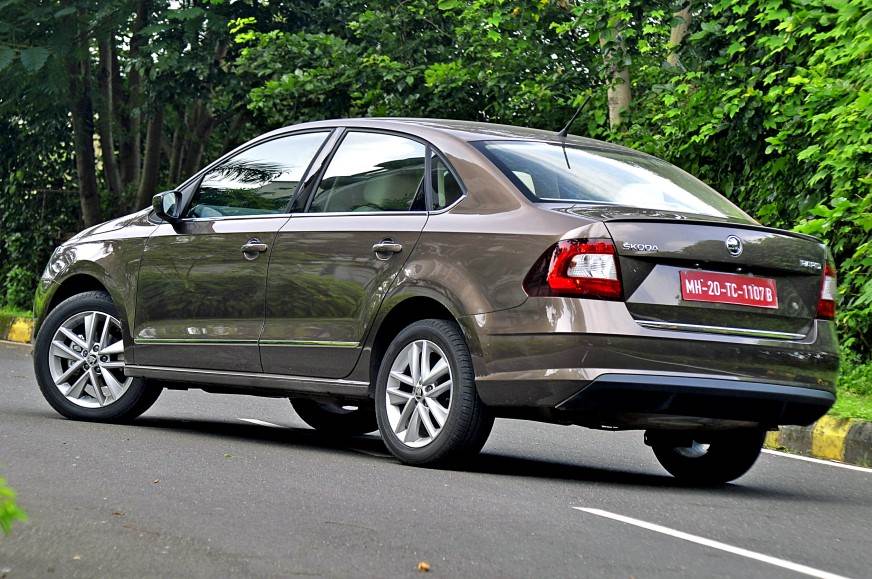 The Rapid Style (pictured above) gets chrome highlights instead of the blacked out elements seen on the Monte Carlo.

Interestingly, unlike the Vento TSI AT, which is available only in the top-spec, Skoda has offered the Rapid automatic across multiple variants priced between Rs 9.49-13.29 lakh (ex-showroom), thus widening its appeal.

Shifting focus to the transmission, this one is a 6-speed torque converter which Skoda shares with the Volkswagen Vento and Polo hatchback. It must be noted that this gearbox isn’t the same as the Rapid’s old 6-speed automatic that did duty on the outgoing 1.6-litre petrol engine. 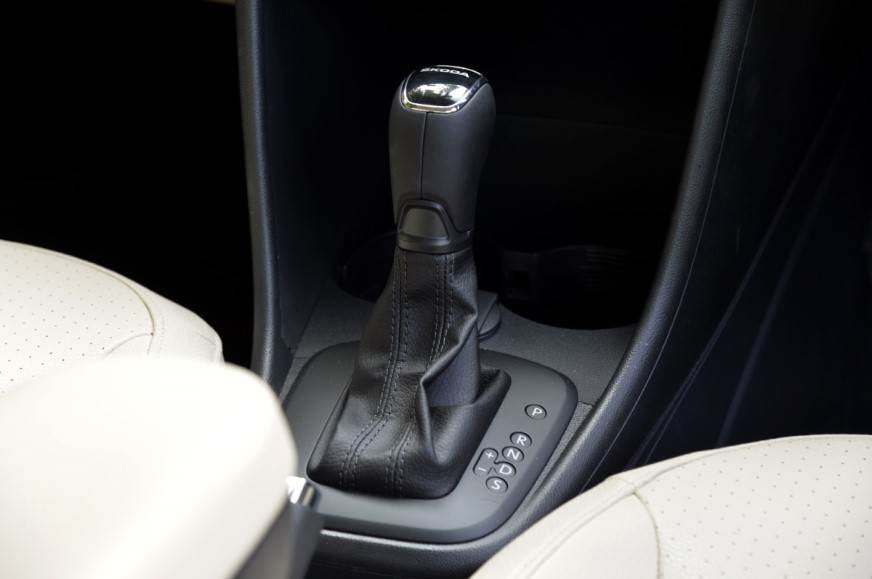 First impressions are very positive and this gearbox paired to the TSI engine feels very smooth and seamless. What’s nice is that the ratios are well judged, so it nicely complements this engine’s performance. And in the lower gears it isn’t programmed to shift to the highest possible ratio at the earliest either, so even with a light foot, it will shift at a little over 2,000rpm. Even that initial bit of turbo lag which is noticeable in the manual, is nicely masked by this automatic. But while cruising at 80kph, the auto will move on to the sixth in the interest of fuel efficiency. At those speeds, even the gentlest of inputs to the accelerator will make itdownshift to fifth or fourth in order to build momentum. This transition is so smooth that you build speed effortlessly, without realizing that there’s been a gear change unless you look at the MID reading. 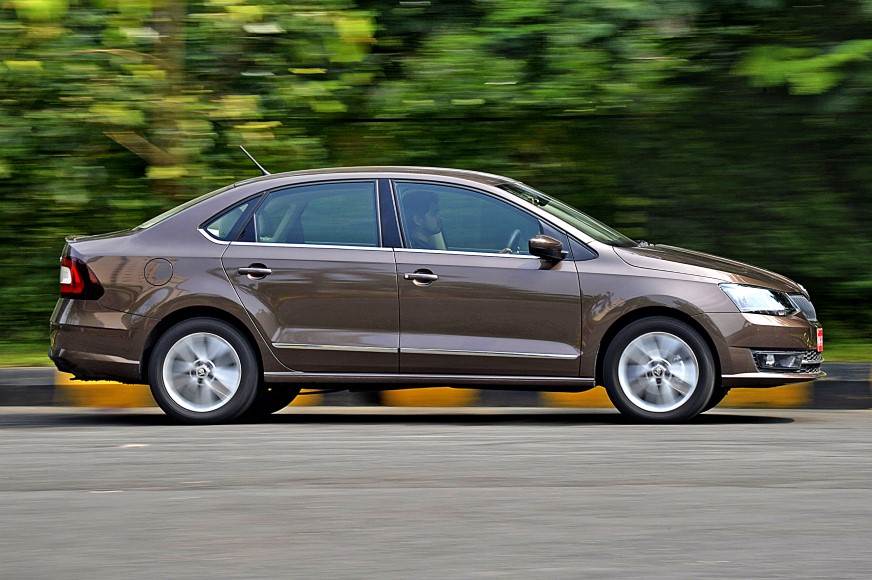 The automatic unit is quite smooth.

What comes as a bit of a surprise though is that (like the manual version) the automatic’s performance is quicker than the Vento TSI AT, despite sharing the same components, tune and weighing almost the same. The Rapid TSI AT’s time compared to the erstwhile Volkswagen Vento TSI DSG (dual-clutch) version is near identical, so its performance will satisfy most drivers. For a sportier drive, shift to Sport mode, and this gearbox will keep the engine on the boil to extract maximum performance out of this 1-litre unit.There is a manual mode too, which also allows you to take over control from the gearbox and what’s particularly nice is thatit even obliges with aggressive downshifts. 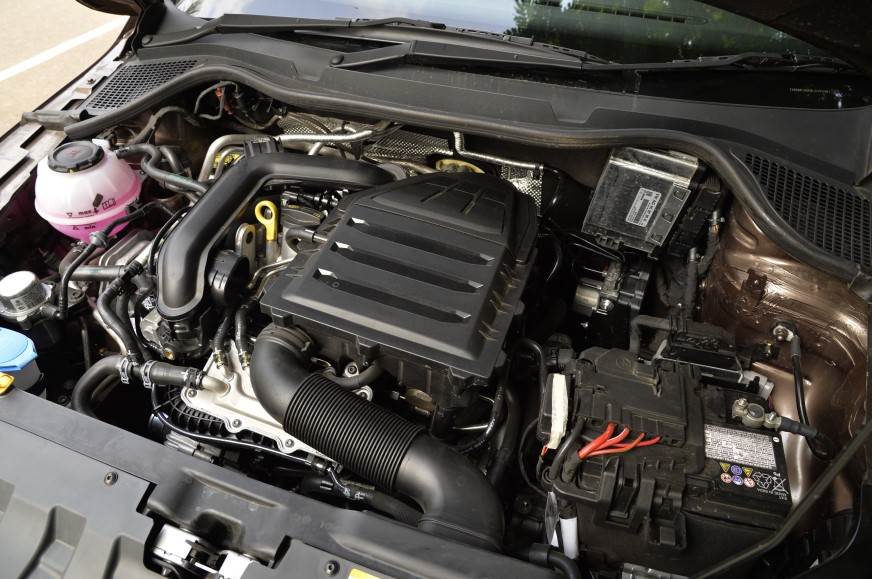 But it isn’t all perfect as it seems. While decelerating to come to a complete halt, the gearbox downshifts rather aggressively, and the transition from third to second in particular, is jerky. This jerkiness is even more pronounced in Sport mode. Then, like the Vento AT, the Rapid AT leaps forward when you ease of the brakes from a standstill which can catch you by surprise, so you need to carefully modulate the throttle and brakes in bumper to bumper traffic or while parking in a tight spot. This feeling of the car ‘running away’ is due to a high idle speed set by the company to guard against the small capacity motor stalling when it is off boost, at near idle rpm.

The Rapid Rider Plus AT variant is the value pick in the range. Despite being the entry point to the automatic range and priced at Rs 9.49 lakh, it gets equipment like one-touch all four power windows, automatic climate control, tilt and telescopic steering adjustment, electric mirror adjustment and it also features a 6.5-inch touchscreen infotainment system, which although basic in its design and operation, gets Android Auto and Apple CarPlay which the larger app-heavy android-based touchscreen (available in the higher variants) misses. 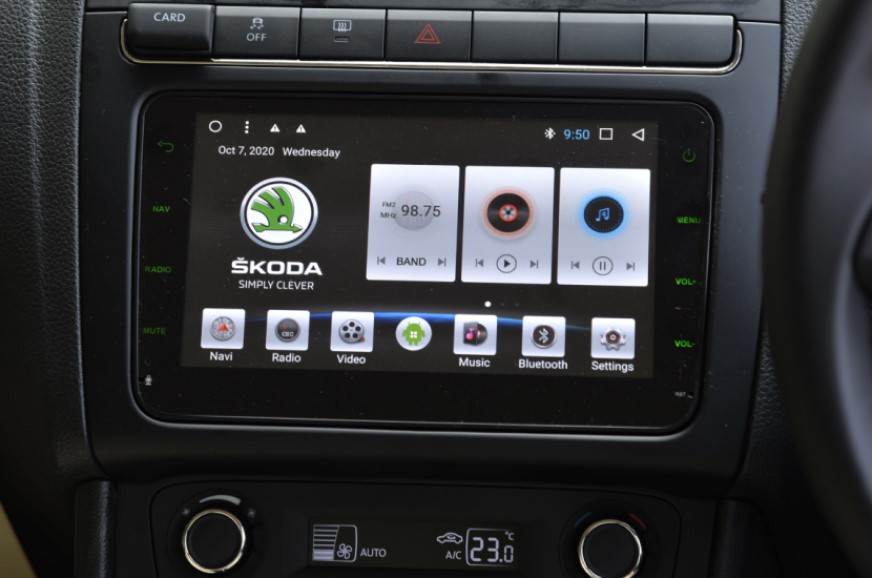 No Android Auto or Apple CarPlay on the 8.0-inch touchscreen.

Should you buy the Skoda Rapid TSI AT?

Despite the Rapid’s age, this Skoda still remains one of the nicest cars to drive in its class. And even though this automatic has its foibles, it is smooth and seamless for the most part and performance is impressive. And the Rs 1.50 lakh premium that it commands over the manual version is a price that you will have to pay for the sheer convenience that it offers.

Which Skoda Rapid TSI to buy?