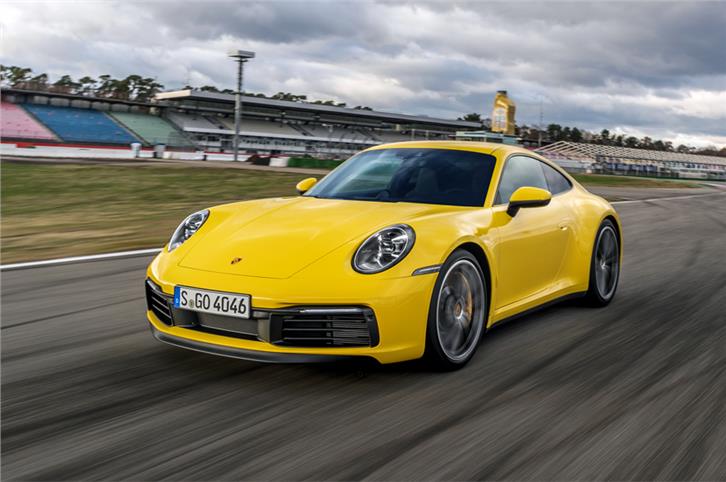 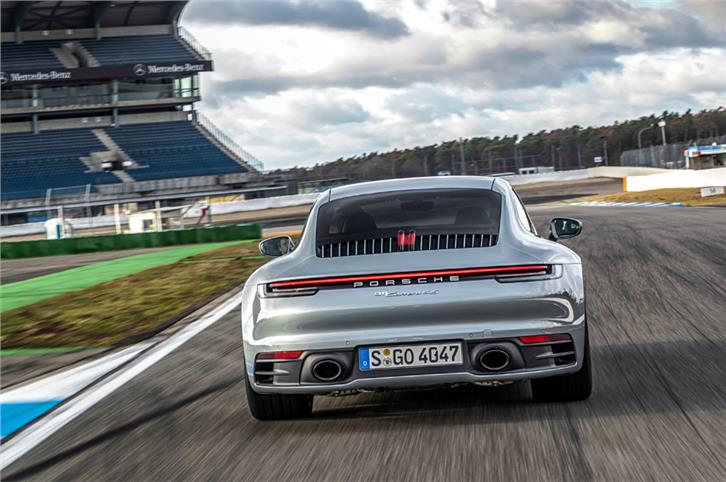 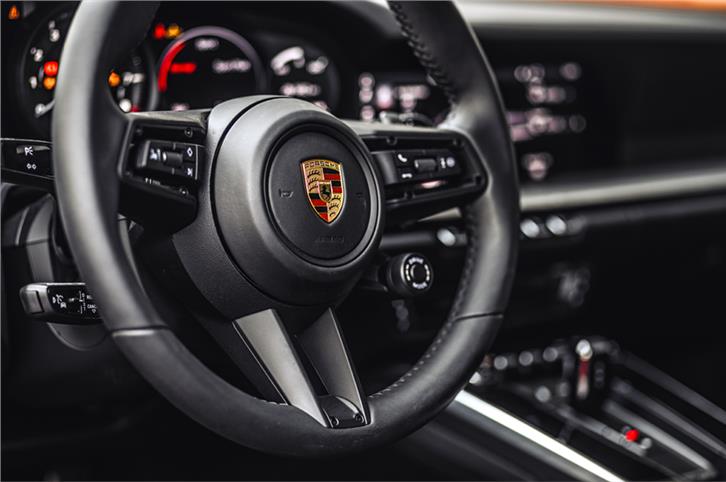 With a small sampler at the Buddh F1 circuit, we find the new 8th-gen 911, faster but tamer to handle too.

The circus is in town! No, not the kind with flying acrobats; but the tyre-burning, exhausts-rasping and engine-growling kind. The Porsche World Road Show is back in India after its earlier stop here in 2012 and it’s brought a new star performer along.

The event itself is an action-packed driving day. It is meant to give customers and fans an experience behind the wheel of the Porsche range of cars and SUVs; and while we did drive the whole range, the highlight, of course, was the new 911.

As we said in November last year, when we attended the world premiere of the new 911 – stylistically, it’s the same familiar style, naturally; this new car is even more so as compared to the previous model. Porsche tend to develop the 911 in pairs; and so every new generation car is followed by another generation based on it. This new eighth-gen car (code 992) has its roots in its predecessor, the 991. 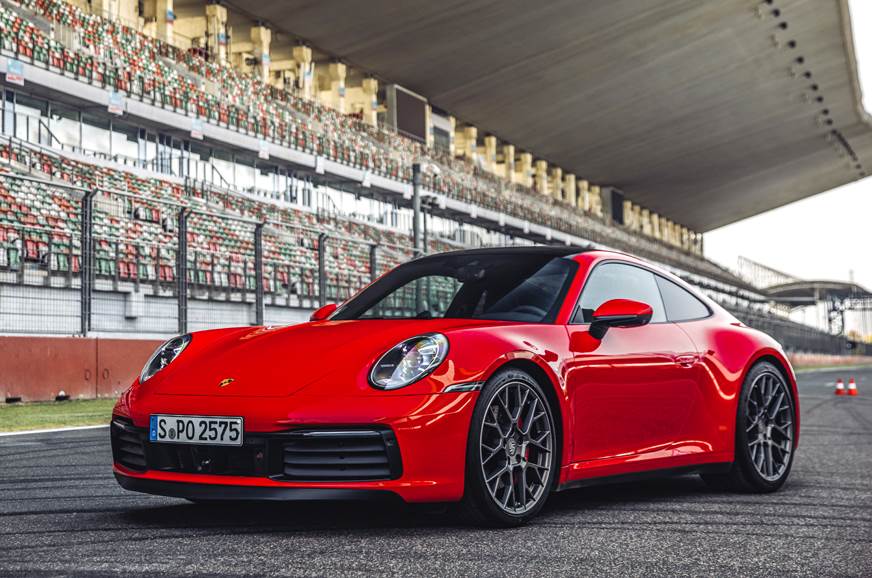 It looks like a slightly more rounded and smoother version of the previous car, and there are electric pop-out door handles to express smoother body work and to aid aero efficiency. Standing at the rear, the new wider stance looks powerful, yet sleek. Unlike before, Porsche will not have two body widths on offer; the new 911 will only come in one standard body size with rear wings that are broader than those on the older wide-body 911. While I like this look, it had some pretty neat benefits on track, too; but more on that soon. On the whole, the 992 911 is larger in every dimension – the length is up by 21mm, width by 44mm, and height by just 7mm – but its wheelbase remains unchanged. 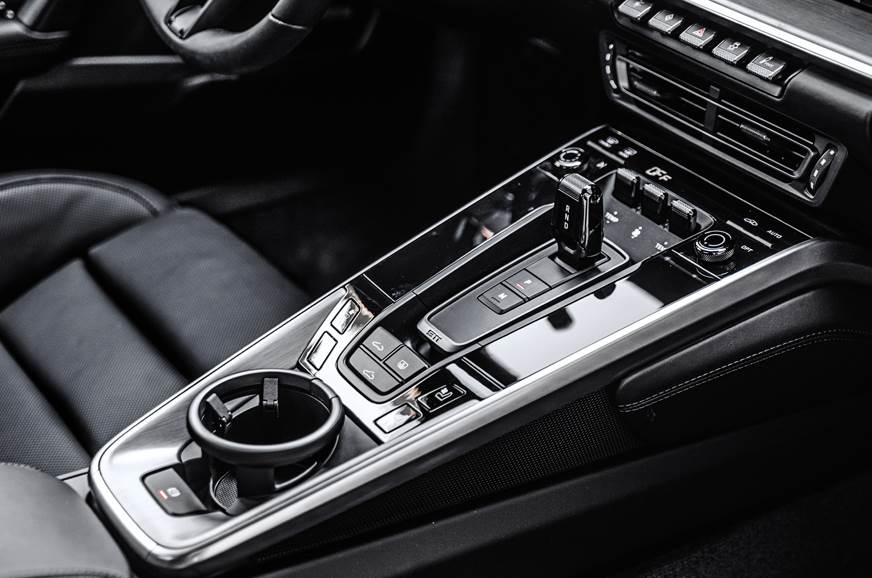 There’s been a bigger change on the inside, which for me, at least, proves the adage that change is not always good. As with every new Porsche these days, gone are the buttons and dials and in come the screens and touch surfaces. The company has retained the central analogue tacho, but it’s flanked by two digital screens which, among other displays, also simulate the classic Porsche five-dial instrument panel setup. The Porsche Communication Management system has a 10.9-inch centre touchscreen as standard and a host of touch surfaces below for functions like cooled seats. I prefer hard buttons for most functions, as it keeps your eyes on the road; but these controls look brilliant when you consider the gear selector thing – I’d say 'lever', but it’s far from one; and it isn’t a button or a dial, either. It’s more like a stub sticking out that you have to flip with two fingers. I do hope Porsche brings back the stick – there’s nothing like the nice solid feel of a lever or gear knob that only adds to your sense of power and control.

Speaking of power, the tweaked 3.0-litre turbocharged flat-six now makes 450hp and 530Nm of torque; up 30hp and 30Nm over the previous car. It’s mated to an 8-speed automatic transmission which, with the optional Sport Chrono pack, is a quicker-shifting unit. Porsche's PDK gearbox has been the gold standard when it comes to dual-clutch units and this one’s no different – changes are quick and seamless and hard acceleration runs will leave you in awe of its cog-swapping speed. 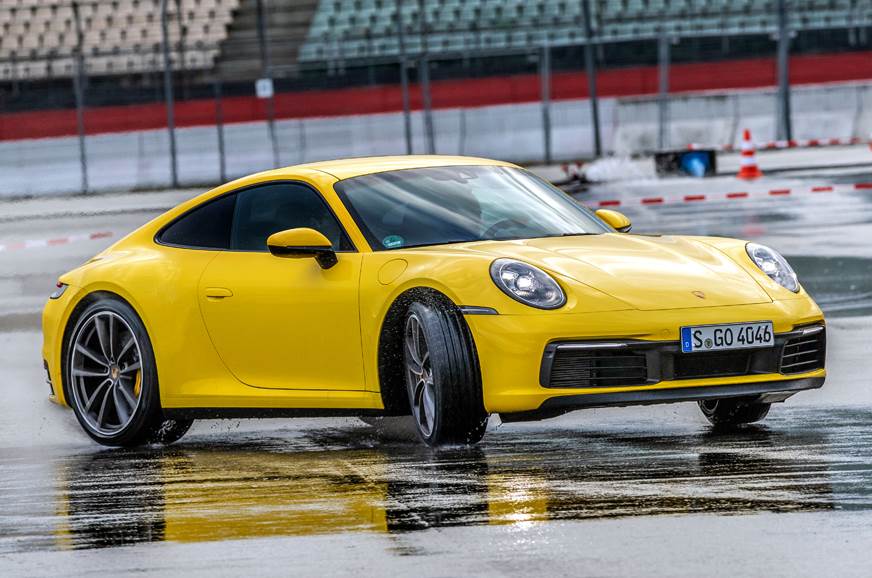 Porsche claims a 0-100kph time of 3.7sec for the 922 911 – quicker by 0.4sec over the previous car – and the Sport Chrono Package (launch control, a quicker-shifting gearbox and a Sport Response function) makes it a further 0.2sec quicker. Top speed stands at 308kph, though, higher by only 2kph.

Out on track, the engine feels faster, of course; but the most dramatic of changes has to be the handling. Switching to the older 991 really brings this out. Having sampled a more nailed-down chassis, I end up scaring myself silly snapping the tail out a couple of times, and have to saw away at the wheel quite often when powering through corners. Its massive fun, of course, but it also shows you just how much more exploitable the new car is. The 992 has confidence and the ability to keep things clean stemming from that broader track, as well as wider tyres that dig into the tarmac with a nice firm mechanical bite. The brakes are a huge improvement over the older car, allowing you to hit the pedal a lot later than you would with the old one; and the steering is superb as well, quicker than the old car and with such precision and feel that you instantly feel connected with the entire chassis. 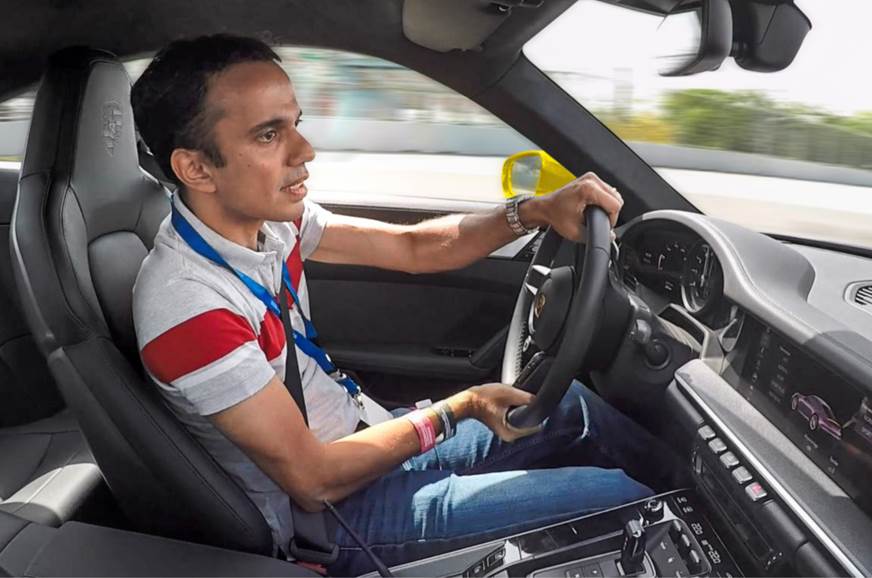 We’ve had only a handful of laps behind the wheel of the new 911; but it’s pretty obvious that Porsche has really upped the act over the older car. It's sexier (if that could even be possible), faster and far more exploitable, too. Just like previous 911s, then – it’s the same, yet better still; a perfect 911 evolution.