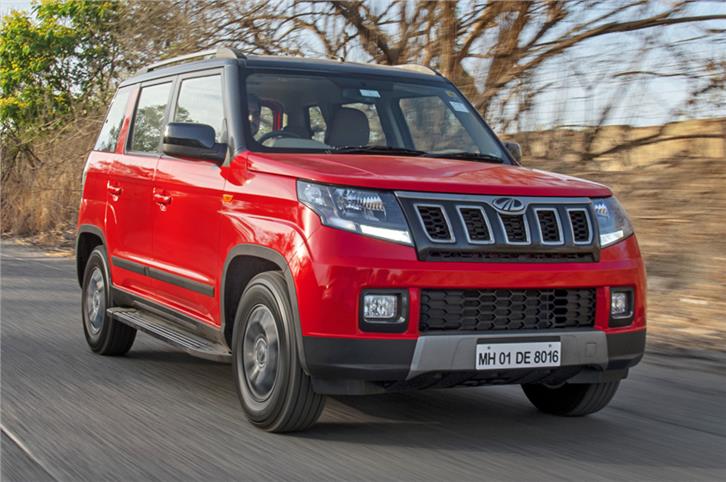 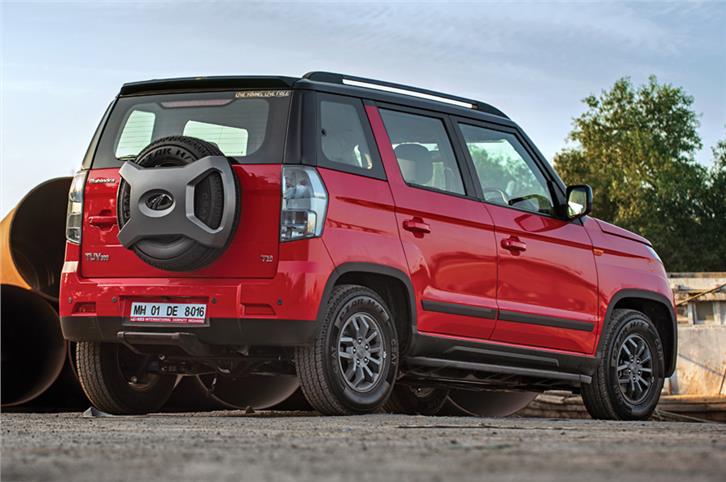 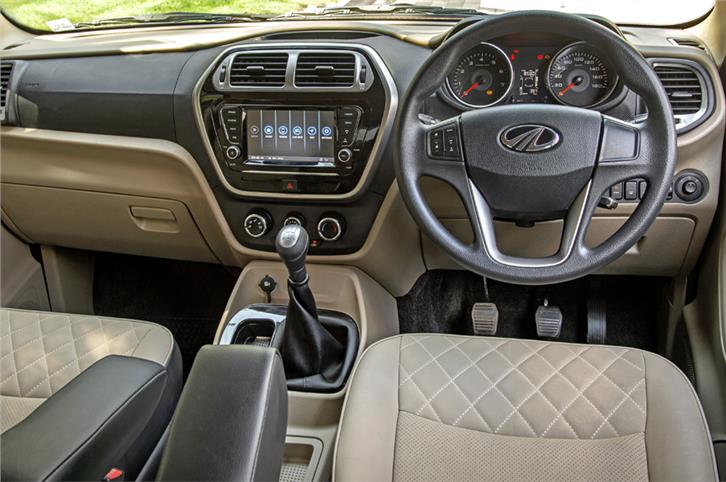 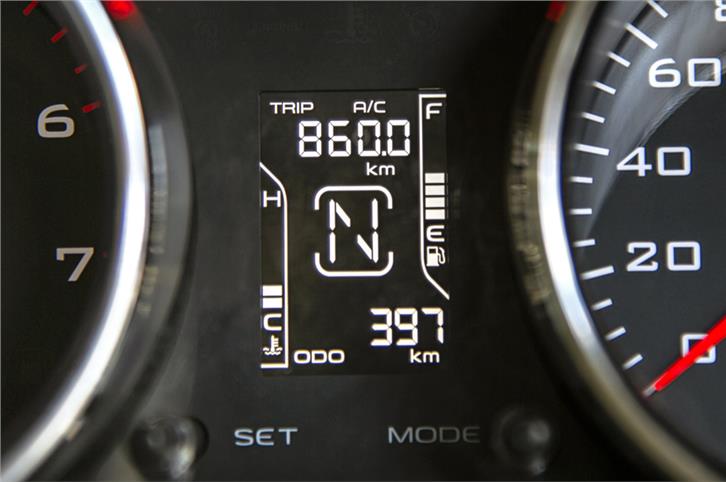 Mahindra’s sub-four-metre, 7-seater SUV gets a mid-life makeover and a feature upgrade.

Think sub-four-metre compact SUVs and the Ford EcoSport, Maruti Suzuki Vitara Brezza and Tata Nexon would most probably flash in your mind. But what’s interesting is that the manufacturer with the most number of offerings in this space is actually Mahindra, with a total of four sub-four-metre SUVs. There’s the Bolero Power Plus, the TUV300, the NuvoSport, and the newly launched XUV300; the Thar is there too but we’ll leave that one out as it’s a purpose-built off-roader.

Mahindra has now given the TUV300 a new lease of life with a facelift and some new features to bring it up to speed with the competition. The TUV300 continues to be powered by a 100hp, 1.5-litre diesel engine, and it now gets only a 5-speed manual transmission; the lacklustre AMT has been done away with altogether. There are five variants of the TUV300 on offer, and while prices of the lower variants have increased by Rs 4,000-12,000, those of the top variants are the same as before. 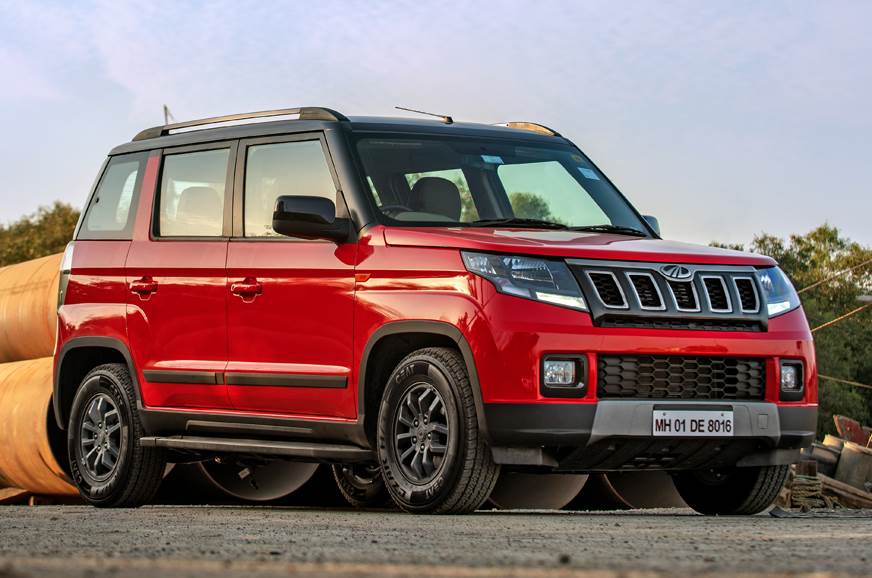 The body-on-frame Mahindra TUV300 is a substantial SUV as sub-four-metre-long models go. It’s taller and wider than its monocoque-bodied contemporaries, but in all, the proportions are off. Mahindra has jazzed up the look with reasonable success, though. The striking ‘Highway Red’ paint shade catches your attention, especially with the optional dual-tone colour scheme that brings a blacked-out roof and pillars. 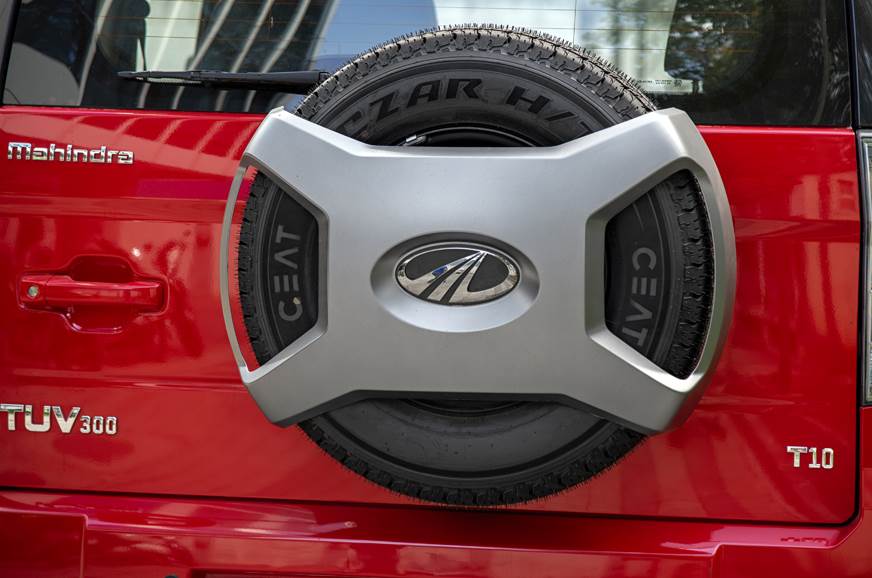 The TUV300’s restyled front-end has more personality too. There are new smoked headlamps, which now get LED daytime running lamps, a new front grille with a gloss finish surround, and, lower down, you’ll find silver skid plates too. This facelift also gets metallic grey 15-inch alloy wheels but they look too tiny on the TUV300; we would have preferred the 16-inchers like those on the TUV300 Plus.  At the rear, the TUV300 gets a new set of clear-lens tail-lamps, a new ‘X-shaped’ spare wheel cover, and a roof spoiler. The rear parking sensors, however, should have been body coloured, as the current black ones appear like aftermarket additions.

The TUV300’s interiors remain unchanged compared to the older one, so it still retains the dual-tone beige-black theme, and the interiors still feel bright and airy thanks to the massive glass area. Look closely though and there are some changes here too, like the seats which now get quilted leatherette upholstery and the new 7-inch touchscreen which replaces the double-din audio system. What’s also nice is that the TUV300 now gets a reversing camera, making it easier to park. That aside, there are smaller changes too including a new monochrome MID and a new flip-key. 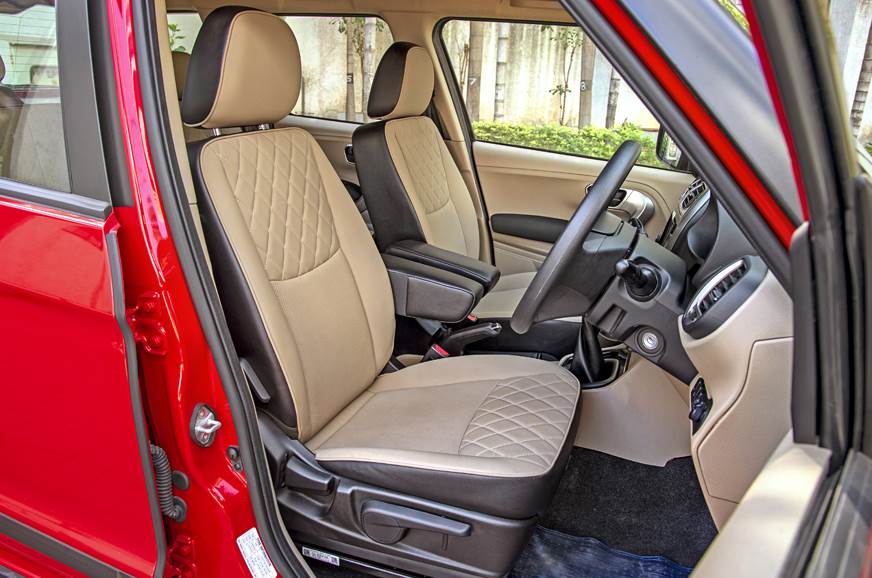 What you still get, however, is the upright, commanding driving position, and front seats with individual armrests as well as lumbar adjustment that do their bit for comfort. The rear-seat base length was extended by 30mm, and thigh support height increased by 19mm, back in 2016; as a result, however, occupants under 5ft and 4in will find it rather uncomfortable as the seat pokes into the back of their knee. Also, legroom is strictly average, although there’s no dearth of headroom and there’s enough shoulder room for three to sit in comfort. The TUV300 is a 7-seater with a pair of jump seats at the back. But the thing is, these seats are best left unused. Space is tight and the absence of seatbelts for the rearmost seats is simply unacceptable. 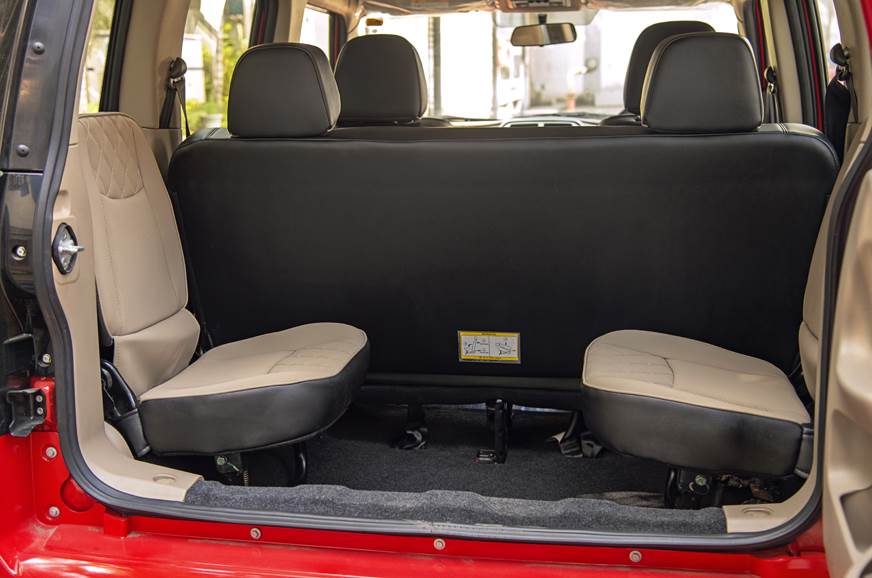 All versions of the Mahindra TUV300 now get dual airbags, ABS, rear parking sensors, speed alert system and a seatbelt reminder in line with latest safety norms. The top-spec T8 versions add in a reverse camera too, as mentioned already. Also part of the kit on the fully loaded T8 version is electric mirrors, a touchscreen, Eco driving mode, engine start-stop system, and rear wiper/washer. However, there are a number of misses too. There’s no Android Auto, Apple CarPlay, cruise control, rear air-con vents, electric-folding mirrors projector headlamps or a sunroof. 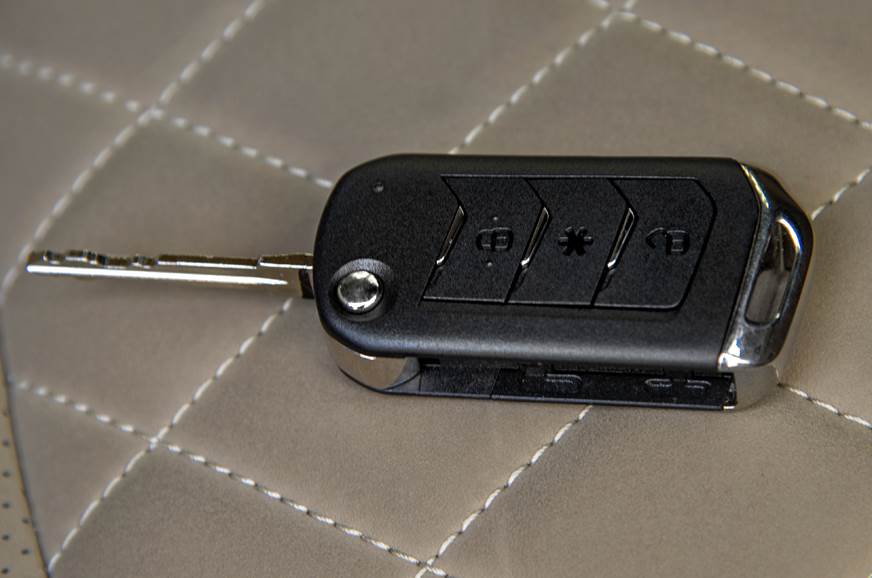 The 2019 Mahindra TUV300 is powered by the same 1.5-litre, three-cylinder diesel engine, and now it is available only in the higher 100hp state of tune. It is mated to a 5-speed manual gearbox, transmitting power to the rear wheels only. 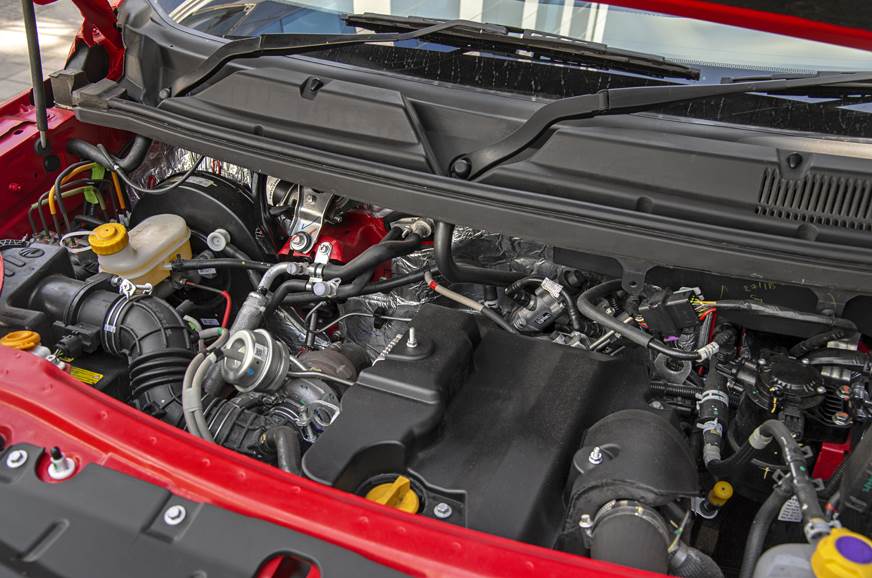 The highlight of the engine is its refinement. There are barely any vibrations or engine clatter at idle and even on the move, sound levels remain well in check so long as the engine isn’t spun too hard. The TUV300’s short gear ratios and strong bottom-end performance make it feel comfortable in the city, and keeping up with traffic is a breeze. It does have an engine start-stop feature where it switches off the engine while idling (at a signal). This system, however, is quite slow to respond, especially during start-up, and the vibration on ignition is annoying too; so it’s best left switched off. Drive in a hurry and the engine’s weak top-end performance becomes more evident, and while this engine does rev until 4,800rpm, power tapers off rather sharply beyond 3,500rpm. Its clutch is relatively light, and the gear throws although long, slot into the gates smoothly. 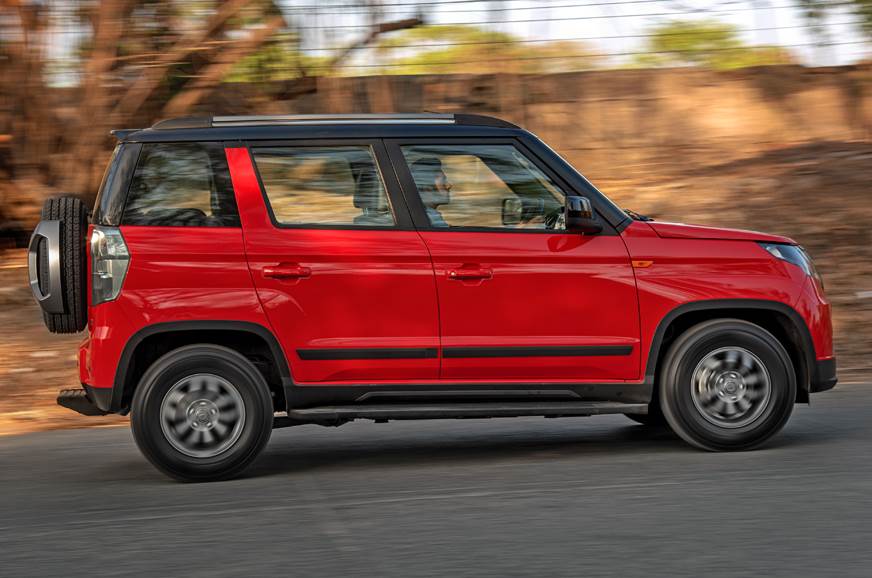 The TUV300 is a body-on-frame SUV that's based on the Scorpio chassis so it feels hardy over bad and broken roads. The flip side, however, is that body movements are far too many, and it doesn’t feel as settled as its monocoque competitors over long drives. Body roll in this tall SUV is on the higher side, and the steering feels vague, giving the driver little or no confidence to take curves at moderate speeds.

It all boils down to your requirements. If broken roads and rough terrain make up a large part of your daily route, you’d have use for the TUV300’s hardiness. Its body-on-frame construction gives it an inherent advantage to monocoque rivals in this regard. The visual upgrades have made the TUV300 easier on the eye too, and the safety and equipment additions are welcome. 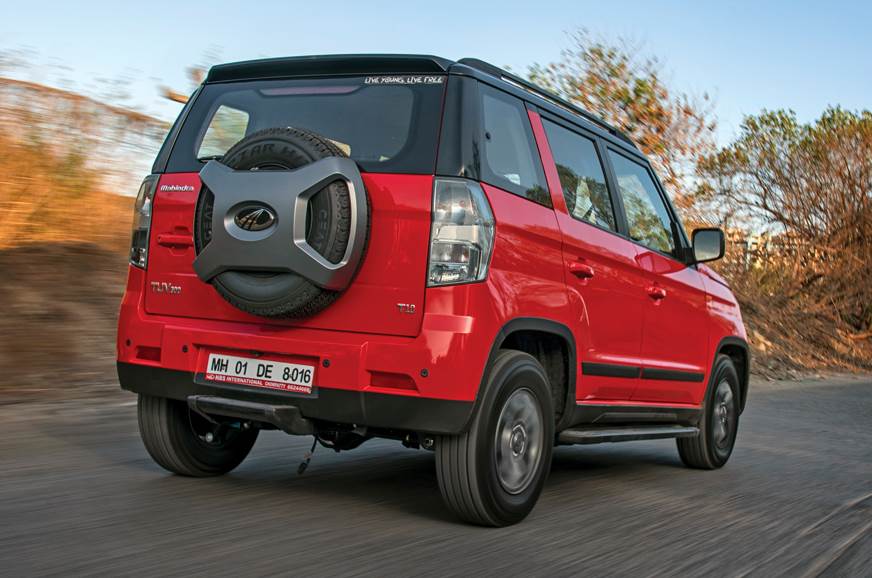 That said, if you’re looking for a modern SUV to tackle the daily urban grind or to munch miles on the highway, there are far more sophisticated options on offer, one of them being Mahindra’s very own XUV300. Think of the TUV300 as a direct substitute to the Bolero and you’ll see it in the right light.